In the beginning there was the Matchbox car

Welcome the 911. Gladly a breezy one. »Flat6High5« is all about high emotions with the six-cylinder boxer from Zuffenhausen. The head behind the successful community is Moritz Leidel. Creative by profession, driving active by calling - and communicative in an interview. 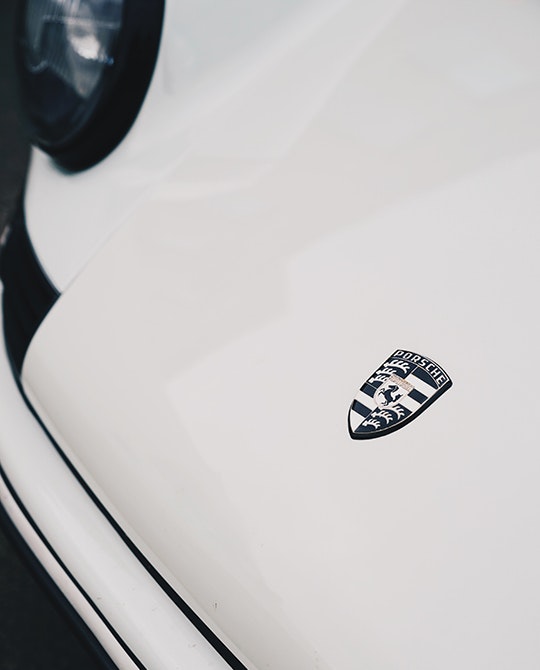 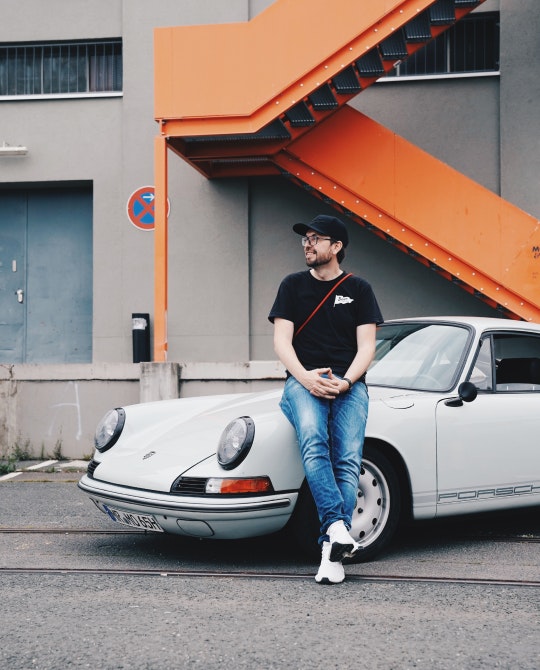 Hello, Moritz: If we want to know from you where the roots of Flat6High5 lie, what question should we ask you?

You will have to explain that now ...

This is the way it is: When you're a child, you face that question at some point: Do I play with dolls? Or cars? With me it was the toy cars...

... that have made you a passionate Porsche driver? Nothing else?

There was something else. My grandfather was a driver and always took me to the garage. This has turned my childish enthusiasm for cars into flesh and blood. Then there was a film here and a series there in which a 911 appeared - and fascinated me every time. And that led to this dream: to own a 911. But in the beginning, there was the Matchbox car.

Busy! I imported the vehicle from America and it was clear that I had to do quite a few things there. I already had a clear idea of what my 911 would look like. As a designer, you have different approaches that inspire you. But I had no idea what was coming my way. 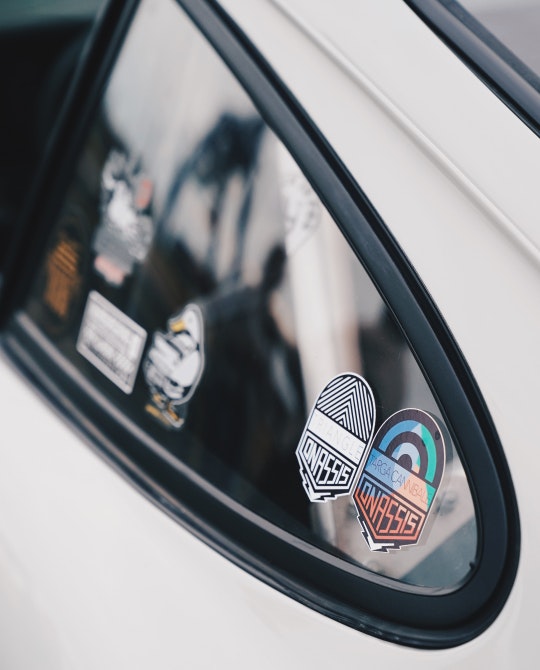 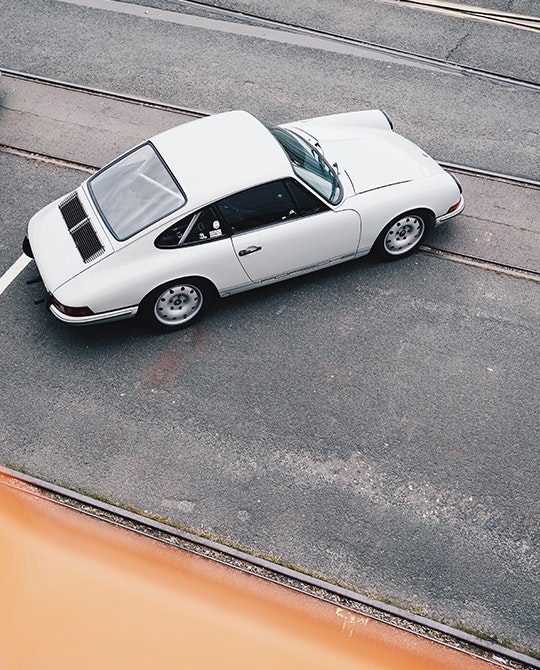 Eight years of tinkering with many ups and downs and a bullseye at the end.

Not only did I dream of owning my own 911. But I wanted to pick up my wife Kerstin from the altar with exactly this car. And I made it - after a nightly tinkering action, where we mounted the last carburetor parts.

From the workshop so to speak directly to the altar - a good story ...

... that hasn't ended there. On our honeymoon, the circle closed, so to speak. I've had a plan all along to add a little Instagram brand of my own to our community. When I looked out at the sea there on the Maldives and had a little rest, together with Kerstin we got the idea for the name: Flat6High5. The first designs for stickers then haunted the net for a year and a half, and people from all over the world asked me about them. And so, an idea and a constellation of words became a small brand.

What's most important to you?

Community is the be-all and end-all for me. Especially as a Porsche driver you often have to fight with prejudices and envy. The last thing you need, when driving a vehicle like this, are jealous people. You always look for people with whom you can rejoice. Whether this is a tour in the mountains, our gathering concept #CREWSN in Frankfurt or the tunnel run with Tom Gätke from Onassis-Porsche. This is not about who earns how much money, who has how many Porsche, who is important and how. It's about the vehicle. And having a nice time together. 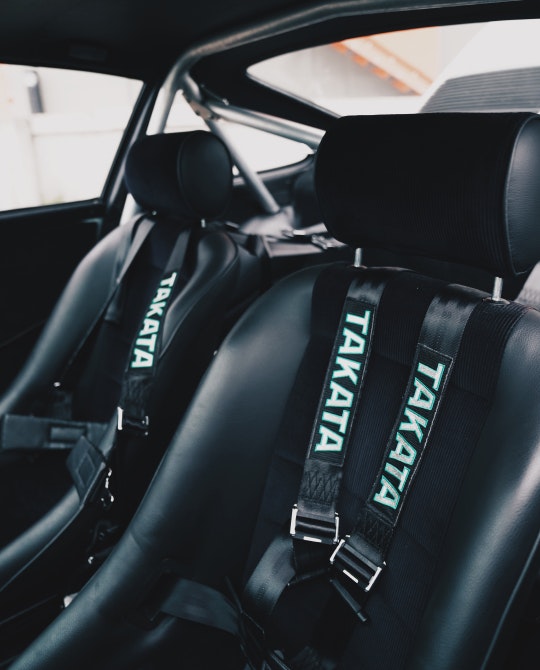 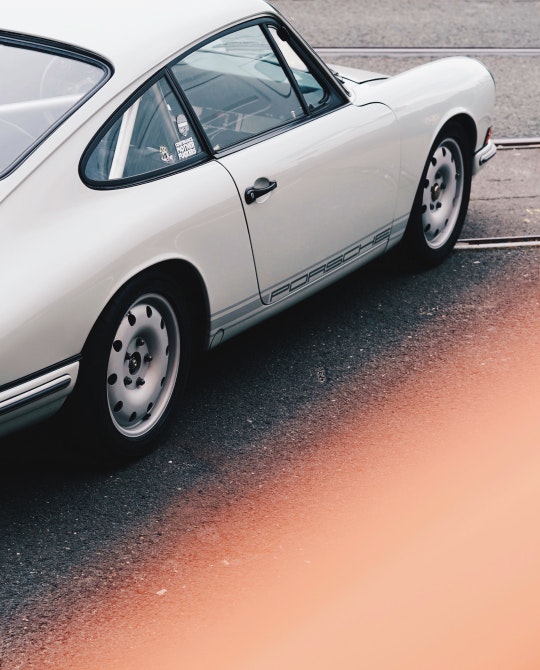 It is a very iconic vehicle, which reflects the epitome of a »German sports car« from various sides. It has to do with one's own values, but also with what one has to do daily at work: Success, perfection and proportion. Like with pictures or texts that captivate you: It's the subtle signals you absorb. And in the simplicity of the 911 lies it perfection. You can interpret every curve in your own way and find your own view on this vehicle - even in it’s design.

Why still design something perfect?

Of course I could have bought a historical 911 in my favourite colour, year of manufacture and factory condition. But I wasn't going to. It's a vehicle that accurately reflects me as a person: To be understood by the broad masses indeed, but to be recognized in a crowd among many 911s, so that someone says »there is something different«. In the ideal case, the person will also deal with the car, get a thought-provoking impulse, a new perspective.

And what feelings do your two cars convey to you?

My original 911, which I call »Schorschi« by the way, is the little savage among my two Porsche. My race car, so to speak, when I feel like driving through the canyons of Frankfurt's houses at night. Of course, I'm also happy when it roars like a little wild bastard. That's mine. I created it. And these moments I collect and curate. Behind every moment there lies a story, and even some friendships. And they share with you this feeling of life that is so hard to put into words. 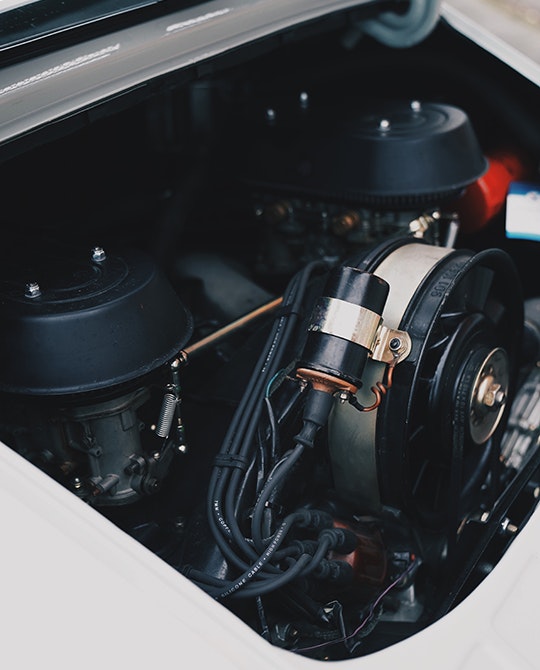 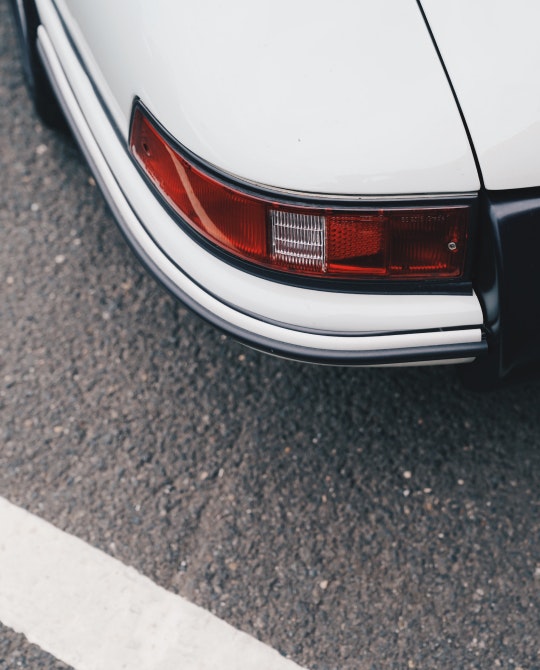 Both your Porsche? Isn't one 911 enough?

I drive a hundred kilometers from my home to work every day, so I spend most of my time on the motorway. At some point I wondered if I should drive a smaller car than an Audi A6 due to the lack of parking space in downtown Frankfurt. The next question was: Do I just need an everyday car to get me from A to B? Or do I want to enjoy the 200 kilometres a day and drive something where people are happy with me when they see it?

Let me guess: it was the latter? 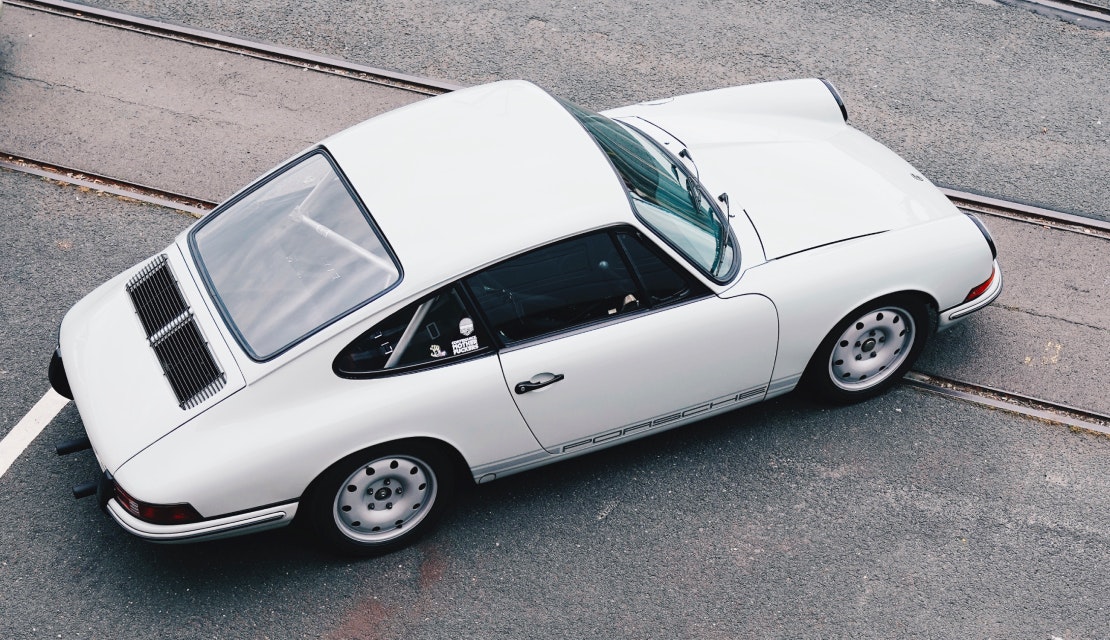