»I want to share the passion with the other drivers!«

Gmünd in Carinthia is deeply rooted in Porsche history. As the birthplace of the »No. 1«, but also as the home of the only private Porsche Museum. Founded by the Pfeifhofer family, who themselves come from the village. And they will be celebrating the 38th anniversary of their unique collection next week, on May 18th. We think this is exactly the right time for a conversation with the museum director Christoph Pfeifhofer.

Not far from the Tauern Autobahn to the south, surrounded by fantastic mountain roads and embedded in an Austrian landscape idyll, there lies Gmünd in Carinthia. The place where from 1944 onwards not only Porsche Konstruktionen G.m.b.H. was located, but also the place where the legendary sports car »No. 1«, the first Porsche 356, was developed and built. A total of 44 coupes and eight cabriolets of the type 356 were produced here until the Porsche automobile brand, which originated here, moved to Stuttgart. And many legendary concepts such as the Cisitalia Tipo 360 were built in the town on the edge of the Alps until 1950. But even today, there is still a hotspot for Porsche fans and drivers in this picturesque landscape: the Porsche Museum Gmünd, which was founded by the Pfeifhofer family a good 38 years ago and is still run with as much passion as when it was founded. Today it is run by Christoph Pfeifhofer as the museum director. A word with the brand specialist at the »Home of Porsche«. 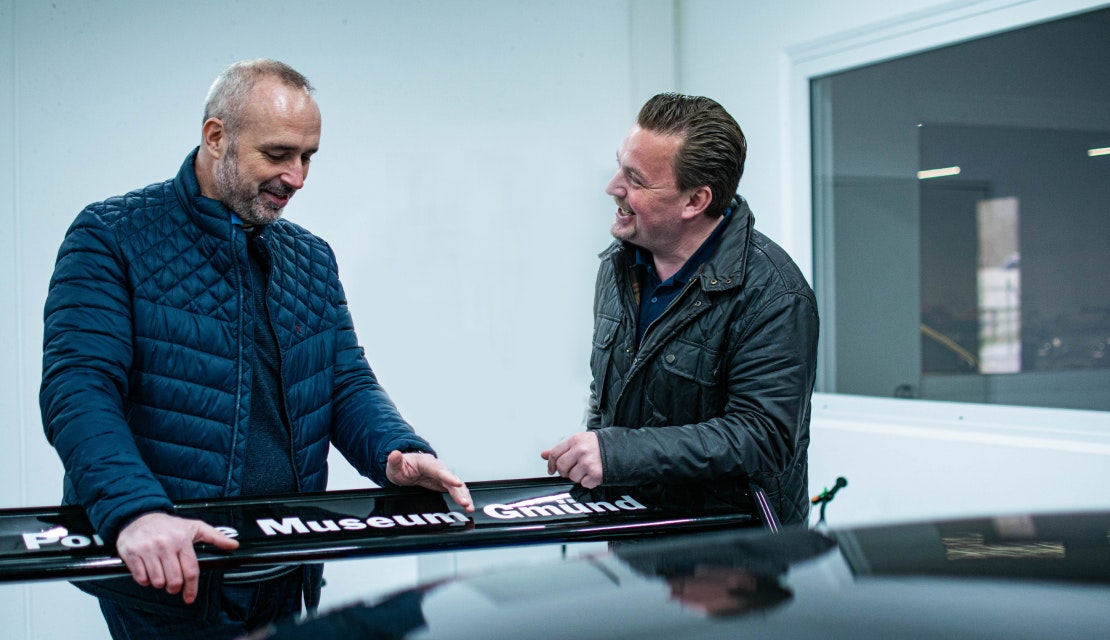 Hello Mr Pfeifhofer! What makes your private museum in Gmünd so special in the big Porsche world?

The museum was founded by my father, Helmut Pfeifhofer, in 1982 as the first and only private Porsche Museum and still bears this title today. We are very pleased to work with our colleagues from the Porsche Museum in Stuttgart to extend the history of the brand far beyond its years in Gmünd and now to be able to tell the story of the brand into the 21st century. Since 1992 there has also been a so-called Museum Street. This means that we always get interesting display items from the official factory museum in Stuttgart, which we then show in a special exhibition.

What would be the perfect vehicle from your collection to drive on a »real« museum road all the way to Zuffenhausen? And which stop would you most look forward to during such a journey?

In our collection there are more than five dozen ready-to-drive vehicles, some of which have already been driven to Stuttgart on the »real« museum road many times. But the most exciting, especially with stops on the tracks of the Porsche family and brand, would probably be a ride in a Type 356. Not the fastest way to cover the more than 500 kilometers to Zuffenhausen, but certainly the most original & most beautiful way to experience automobile culture along the path of Porsche also on the road. 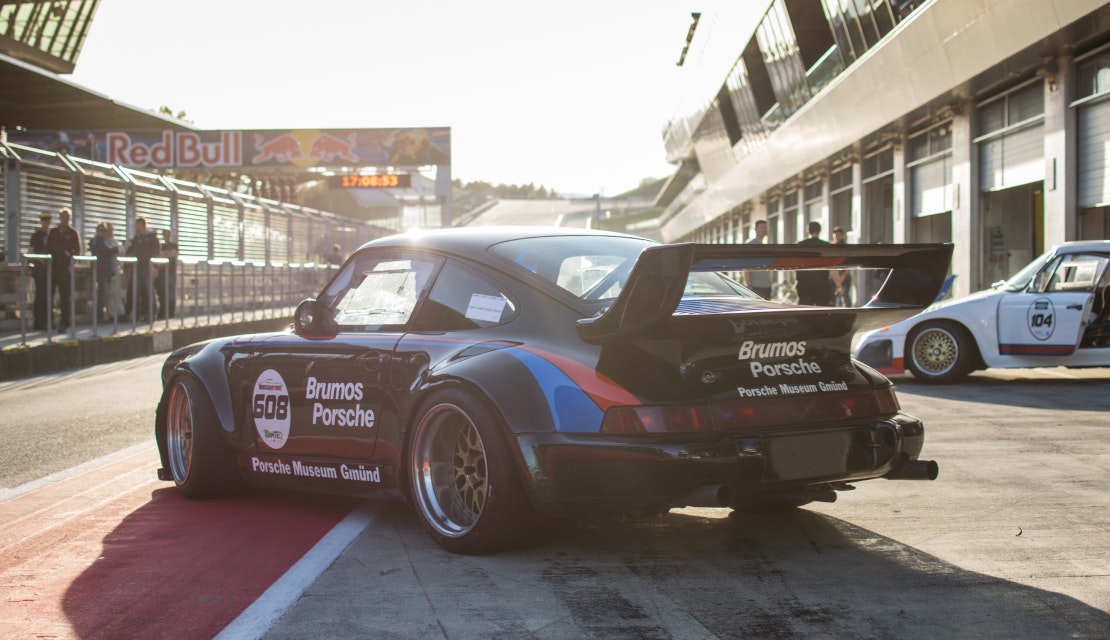 What is your own story with the brand?

The passion for Porsche was literally put into my cradle. For me, however, life with the brand has a very important, additional aspect: motorsport. I myself have been racing with various Porsche models since 1995 and a few years ago I was able to realize a special dream: a Porsche 965 Turbo S LM GT. However, I didn't buy it as a finished racing car, but rather as a replacement body for the 1993 endurance races in Le Mans and Sebring. I also bought the other parts with my team all over the world and then built it together from scratch . After not even two years of project work we were able to complete the first test drives in 2017 - since then the »Brumos« has been my main car on the track. I primarily move the car in the Austria Histo-Cup, where I have already achieved first victories with it. But at the race it's not only about winning - just like at home in the museum, it's important for me to share my passion with the other drivers and teams. 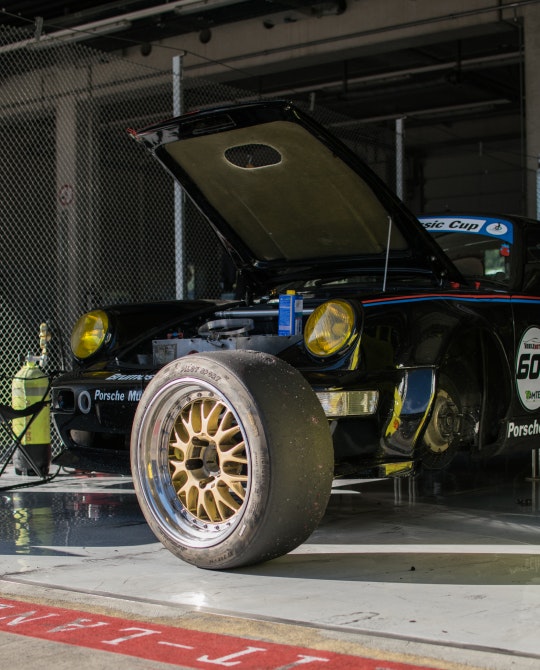 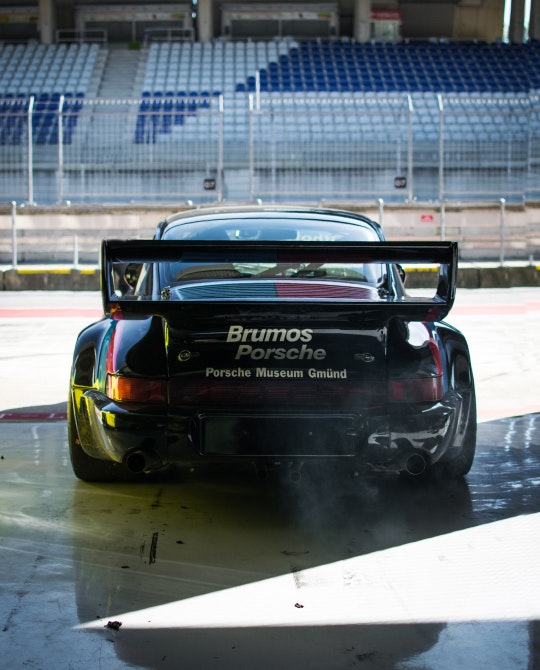 Speaking of passion: your father founded the museum on May 18, 1982. Where did the idea come from to create your own exhibition? And what connects your family with the Porsche brand?

My father was also involved with the brand from an early age. As a small boy, he went to school with the children of the Porsche designers, later he worked as an antique dealer and in the 1960s he bought his first 356 privately, which he extensively restored. Only a few years later he combined his profession and passion, expanded his automobile collection and founded the museum. The common home of our family and the Porsche brand, the love for the automobile and my father's network were the perfect basis to breathe life back into the place of origin of our favorite sports cars!

Your museum also houses Austria's first and only police Porsche 911. How did you get hold of this rarity?

The Police-Porsche was a gift from Porsche Austria to the Austrian Federal Police in 2006. As much pleasure as a 911 Carrera gives to the private owner, it was not very practical in police service. Our friends and helpers were not able to take any service material like pylons to block off the road, nor were they able to take any picked up alco-drivers in the coupé. Also because of the high maintenance costs the police Porsche was much discussed in Austria. We finally had the opportunity to acquire the car for our museum, where it has a very special place of honor today and many Porsche enthusiasts can enjoy it. 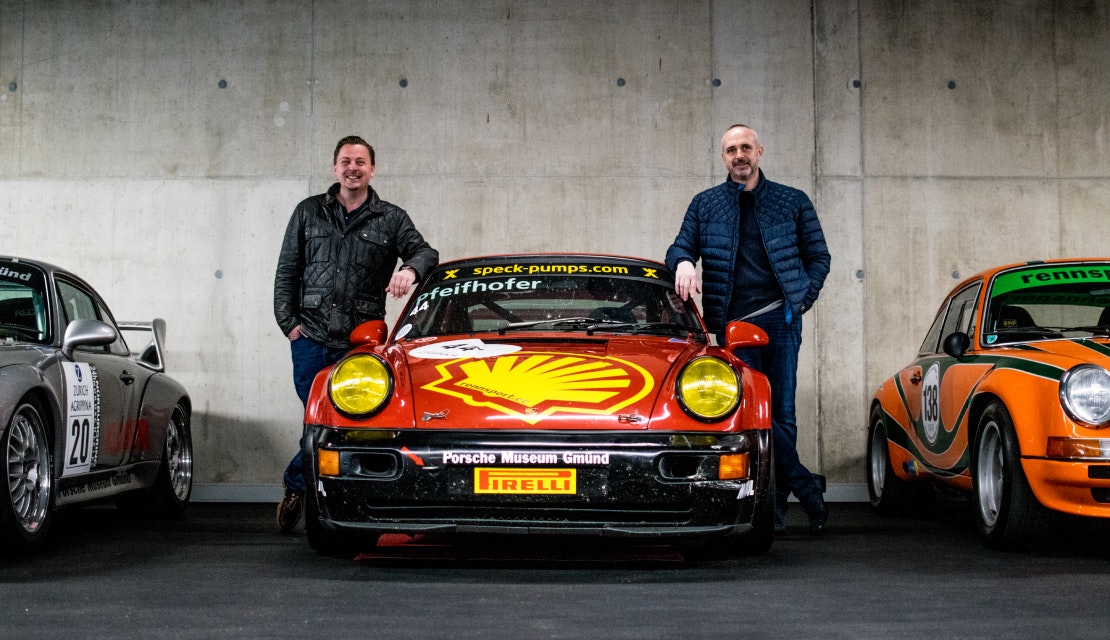 Do you also have a personal favorite exhibit? If so, what makes it so attractive?

But of course! My favorite among the vehicles on display is the 20th Porsche sports car ever built: the 356 Gmünd Coupe with chassis number 356 0020. We are very proud of this exhibit and display it in the museum next to the wooden model of the first 356 Gmünd. As far as can be understood, our Gmünd Coupe is the eighth oldest known Porsche in the world - which is indeed special. The history of the vehicle is almost tangible if you just stand in front of it. Visitors to our museum can also see where it was manufactured. Of the original design office and Gmünd factory, the gatehouse is still preserved. It is also owned by our family.

From the type 356 020 Alu to a floating hunting car to rally and racing cars, you will find just about everything that the world of classic Porsche has to offer in your museum. What do you think about the new models? For instance the 992 Turbo S?

Of course, the focus of our museum is on the classic Porsche models and especially the Porsche 356. Exhibits such as our road and water-capable Schwimmwagen can also be found in hardly any museum. But as you have also seen on the upper floor of our museum and in our new hall, there are also some modern 911s in our collection. My biggest passion here is especially for the 911 GT3 RS models, but also for special racing cars. As soon as the 992 has found its way from the road to the race track in development, we are also happy to welcome the latest generation 911 in our museum!