Homecoming: Visiting Zell am See in a Cayman T

The Alpine panorama at Grossglockner got us in the right mood, now the Cayman T is heading downhill to the Austrian Pinzgau. A journey on which quite a few places have a lot to do with Porsche. And on which our editor gets soft knees more than once.

»Porsche-Land« or »Where the clan is at home« - these are just two headlines of the infinite number of articles that have already dealt with the fact that there is a not insignificant connection between the Austrian city of Zell am See and the Porsche family. I read them to prepare myself for our Porsche Heritage Tour with the Cayman T, which included a visit to the Grossglockner High Alpine Road. 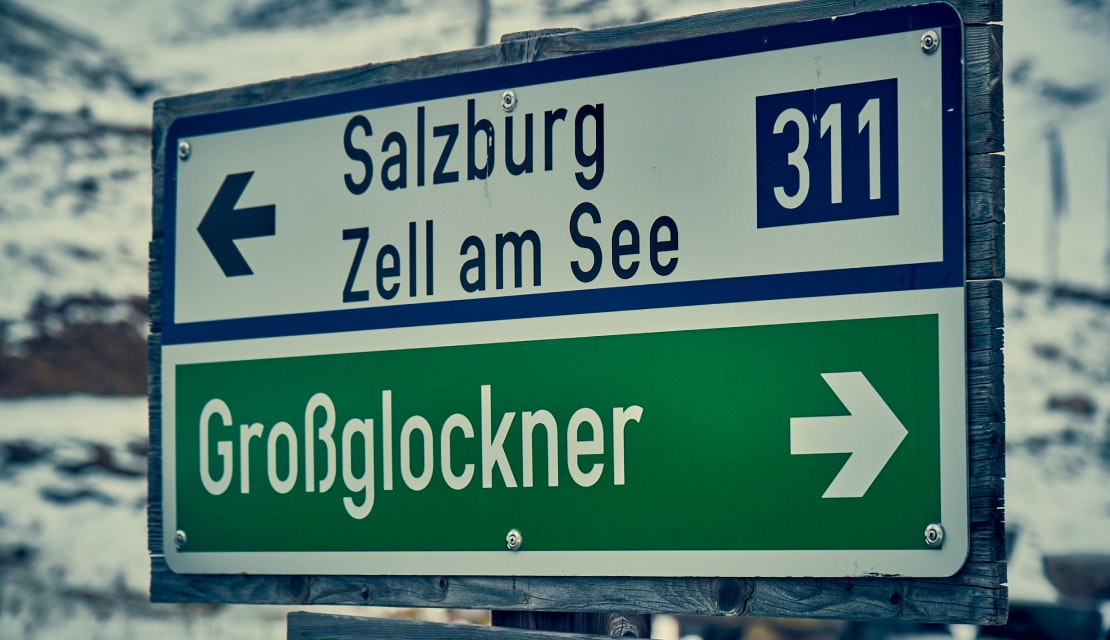 Now it's time to drive back down to the Pinzgau, one of the five „Gaus“ (shires) of Austria. According to Wikipedia it is congruent with the district Zell am See, which is why the two names are often used as synonyms. Two places that appeared again and again in connection with Porsche during my research are Schloss Prielau and Schüttgut - a hermitage that Ferdinand Porsche had bought in 1942, whereupon the family settled in this little corner of the world. Let's take a closer look.

Wolfgang Porsche bought the castle in 1987 and lived there himself for only a few years until he moved to the south side of Lake Zell and converted the property into a hotel. Yes, a castle. Even including chapel and star restaurant. Sounds royal and formidable. And that it is, with its turrets, its snow-white facade and the cute red-white shutters. Instead of a throne room, crown jewels and an eager court staff, inside you can expect cosy wooden furniture, vaulted ceilings and creaking wooden floorboards. Rustic and functional - two adjectives that go well with the Porsche family, by the way, as we will find out in the course of the day. 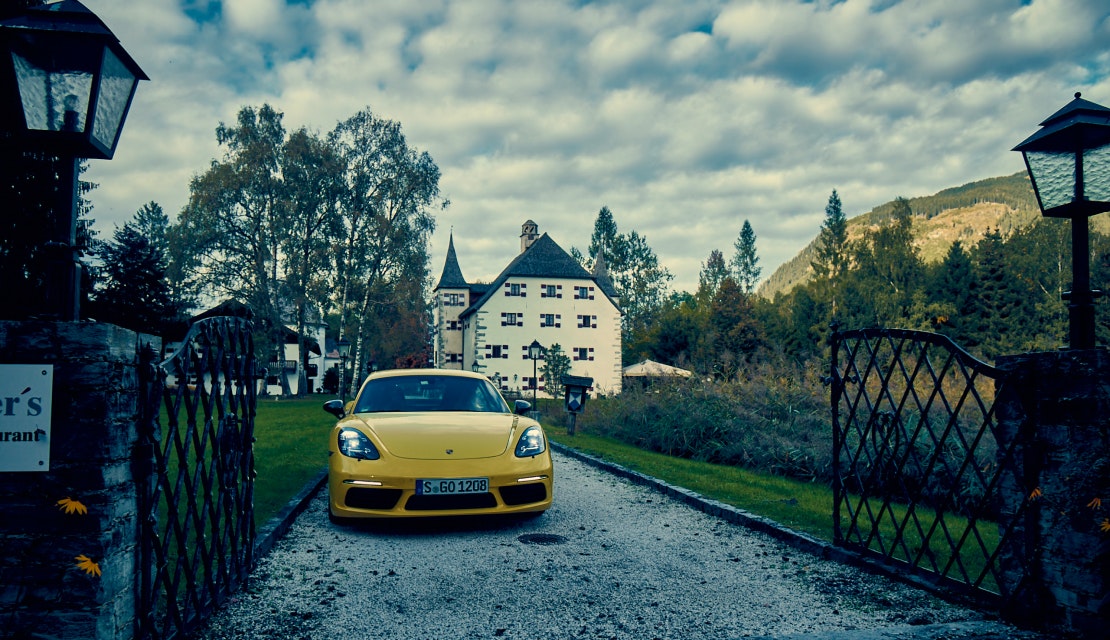 But in the castle we first meet Annette Mayer, who takes care of the operative business of the Schlosshotel. She turns out to be a top source of information for our mission to search for clues. A cappuccino and two homemade biscuits later I hold a fully written DIN4 note with targets in my hand, which we are supposed to drive to in the next few hours. They almost all start with »Porsche«. Mayer adds: »And hurry up! The sun will set here in 90 minutes.« After a short nervous change of view with photographer Steffen, I stuff one last delicious biscuit into my mouth. »Fortunately we are sufficiently motorized!«

We quickly agree that our first target should be the Schüttgut. The place where it all began. Where Ferry Porsche's son, Ferdinand Alexander Porsche grew up, the man who created the iconic shape of the 911. Where the family came together, celebrated and discussed. The estate is located above a five-kilometre-long tunnel that runs along the lake. Thanks to its exposed location, there is a great view of the Schüttdorf district from up here. 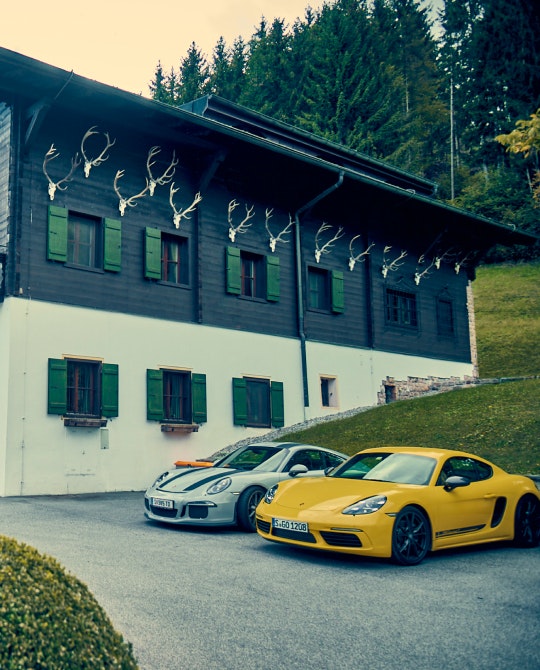 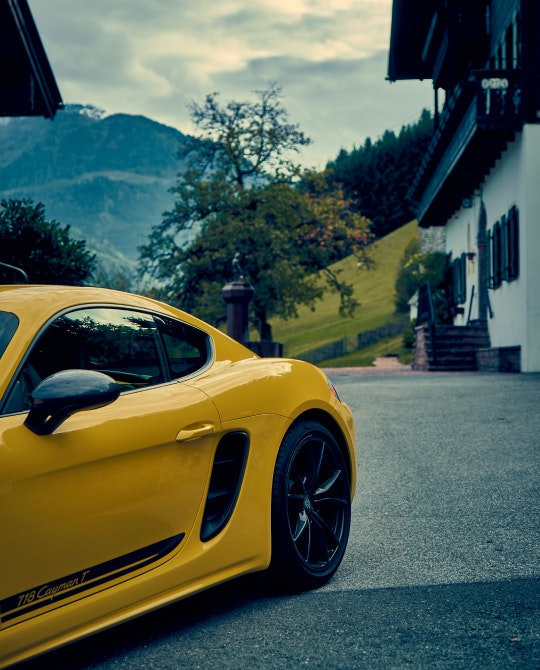 The large gate is open, but it forbids unauthorized access. Thanks to a few telephone calls from Mrs. Mayer, we are allowed to quickly rush over the 600 year old property. The ground floor of the huge wooden house is made of stone, the upper and attic floor consists of dark wooden slats. Twelve antlers hang from them - which in turn clearly point to the love of hunting that the Porsche family has shown throughout the generations. Mayer told us that Wolfgang Porsche also owns 140 cattles, plus the most modern milking systems in the entire region. And when the animals have to move to another pasture, Porsche even accompanies the spotted, mooing troop. On horseback, of course. 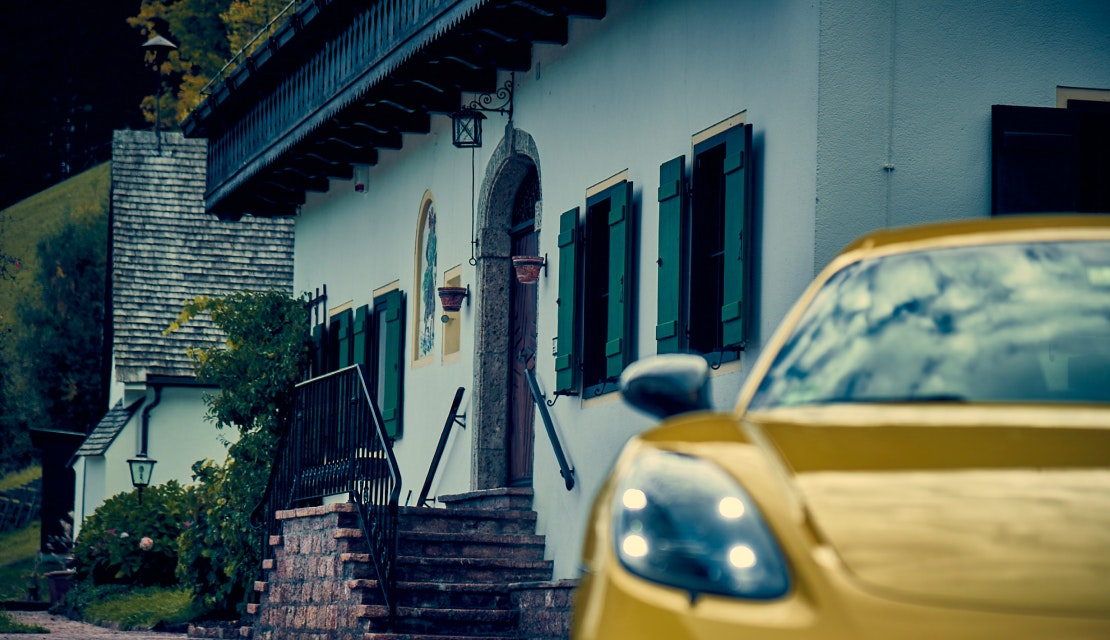 Ferdinand, Ferry and Louise Porsche have found their final resting place in the white chapel next to the main building. A fact that makes me pause for a moment. Full of respect for what these people have created. A testimony of this ingenuity in the form of a 991R is, by the way, right on the courtyard, next to it the note: »Porsche Parking Only«. Anything else would have surprised me.

Because we don't want to disturb the silence of the Schüttgut for too long, we soon make our way to the next attraction: the Porscheallee. The term »picturesque« is quite appropriate here when it is already quite worn out due to the inflationary use in various European tourist guides. But it is actually an avenue lined to the left and right by trees in the most beautiful autumn colours. As painted, really. 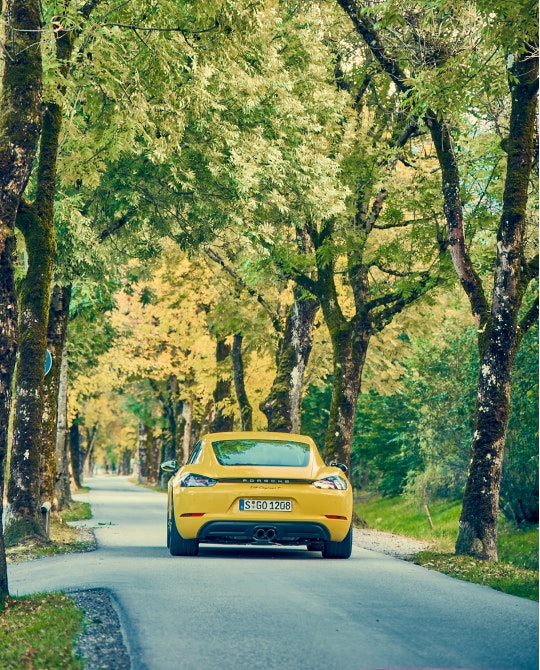 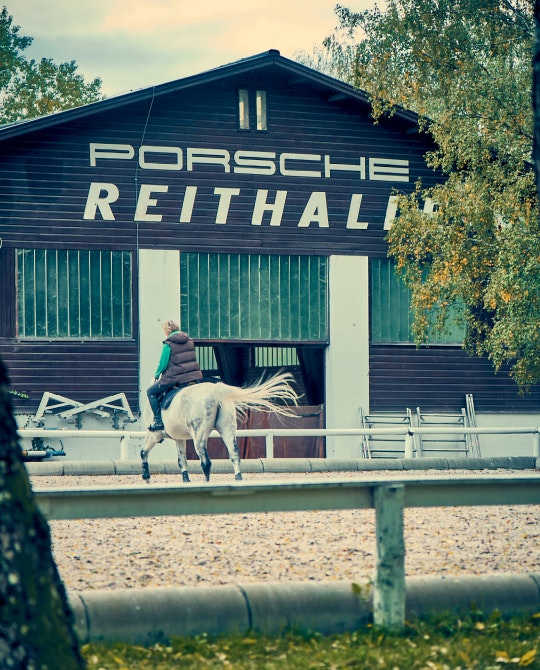 By Louise Piëch, for example, who was known for creating landscapes from this region. And in her Porsche 911. Very casual. The street named after her is also right next door. No joke. By the way, the Porscheallee leads straight to the Porsche riding hall, whose name is discreetly marked on the wooden facade. Here a few horsepower do their work, instead of boxer engines there are only boxes. I think it's time to move on.

The airfield in Zell am See seems quite deserted. At least in comparison to last January, where the most exotic, sportiest and most beautiful Porsche sled over an ice rink of 600 meters. For the first time in 45 years an »Ice Race« took place here again this year - a mega event that celebrated its premiere in 1937, but was stopped in the seventies due to a fatal accident. In the coming year the Sause is to rise again, this time even bigger, even more spectacular. Until then, private jets of up to 5.7 tons and alpine rescue helicopters will take off and land here. The airport has been owned by the Porsche family since 2001. 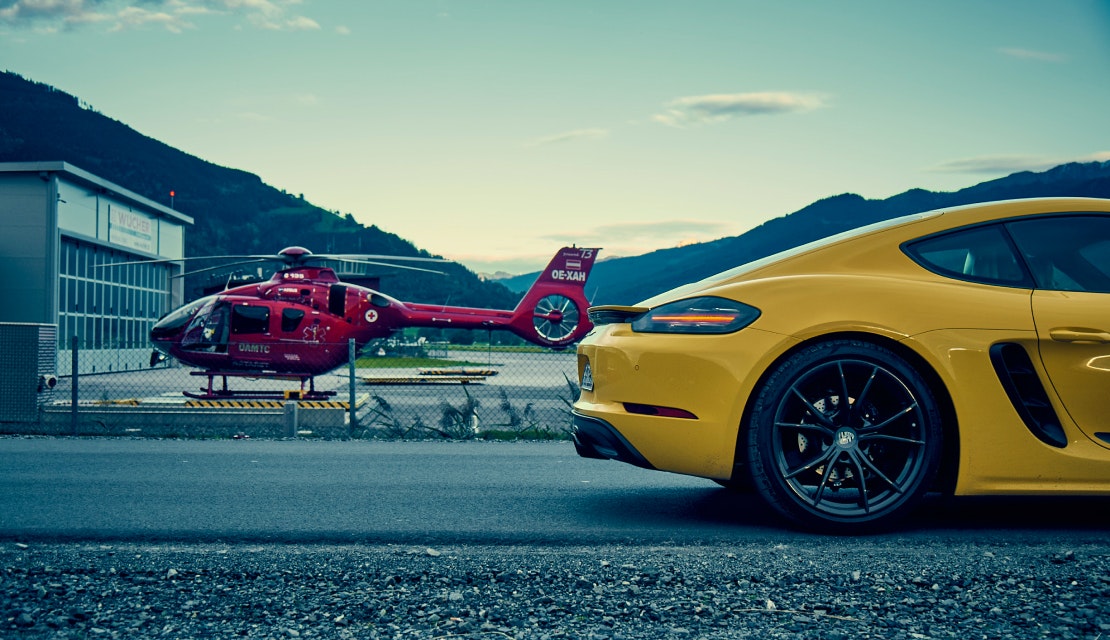 Not far from the airport is a real design forge: the headquarters of Porsche Design and Studio F.A. Porsche. Two different things, as Roland Heiler, managing director of the studio, explains. After the family had retired from the group's business, Ferdinand Alexander Porsche, whom everyone here only calls »F.A.«, founded his design studio in 1972. His first assignment was to design a watch for Porsche drivers, from which the Chronograph 1 emerged - a timeless classic that can still be bought today. 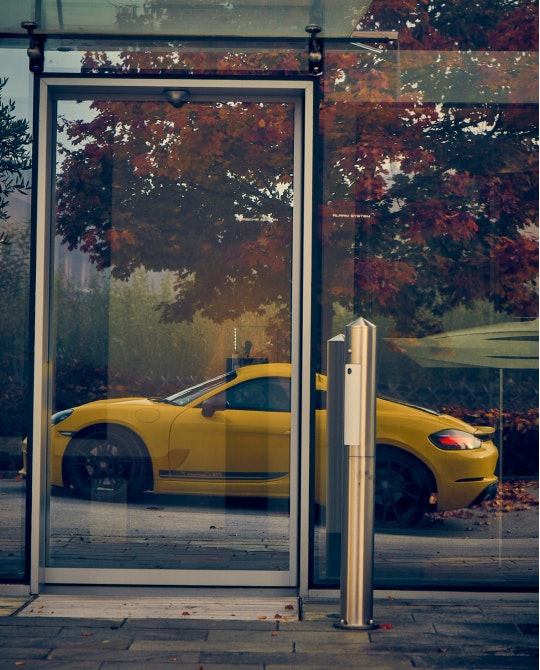 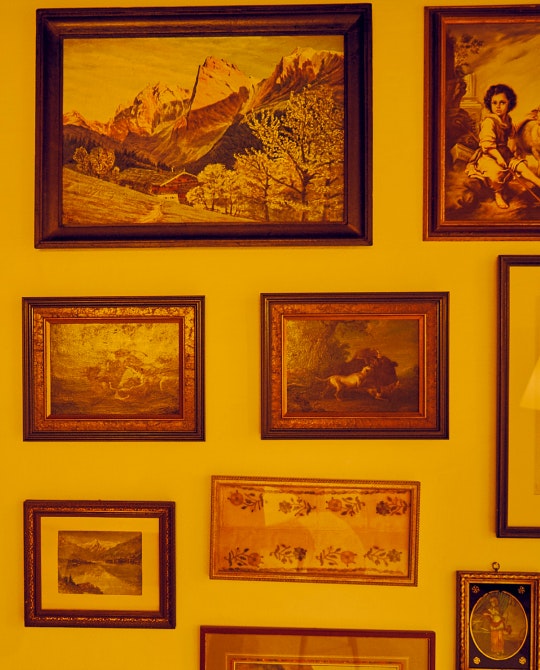 This was followed by further design commissions from all kinds of industries, for which the studio still offers chic and highly functional solutions today. »For us, every design element fulfils a specific technical purpose,« is how Roland Heiler explains the studio's design philosophy. In the showroom he shows us functional jackets, kitchen appliances, ballpoint pens, but also models of trams, dental chairs and even spray guns. The lifestyle brand Porsche Design, founded in 1972, sells high-quality watches, including the legendary F.A. chronograph, clothing and men's accessories. Both companies now belong to Porsche.

With Heiler we climb the first floor, a white door closes the heart of the building. When the managing director pushes the door open, the F.A. office appears behind it, just as the 911 draughtsman, who died in 2012, left it behind. After the Großglockner exit and the view of the Schüttgut chapel, this is the third moment that gets under my skin today. 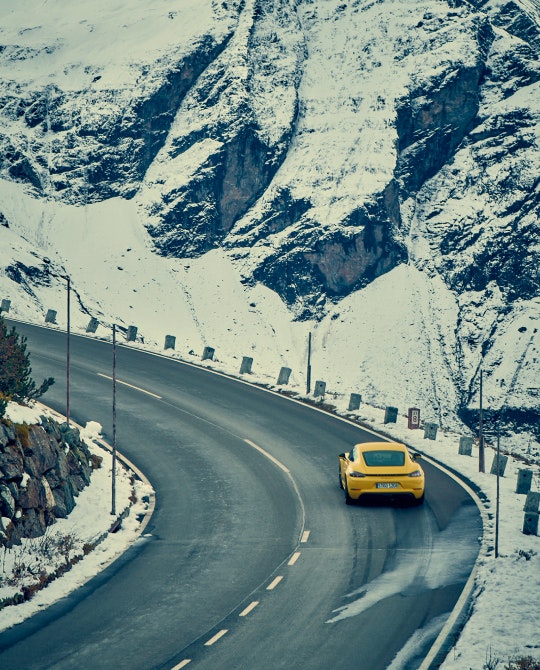 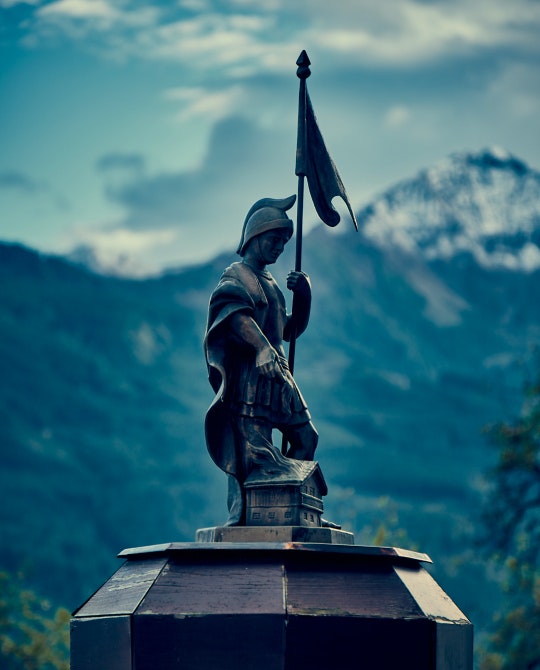 The large windows make the room wonderfully bright, on the mighty desk lie everyday utensils such as ballpoint pens, drawing pens and a roll of tape. Two timelessly beautiful brown leather chairs stand in front of and behind the desk. Behind them is a dark wall unit, packed with books on architecture and design. And lots of model cars. Among them of course all possible 911 derivatives and Porsche racing cars, but also an Alpine Berlinetta and various Landrover Defender. »F.A. was a big off-road fan,« reveals Heiler, as he opens the glass door and picks out one of the square four-wheelers. 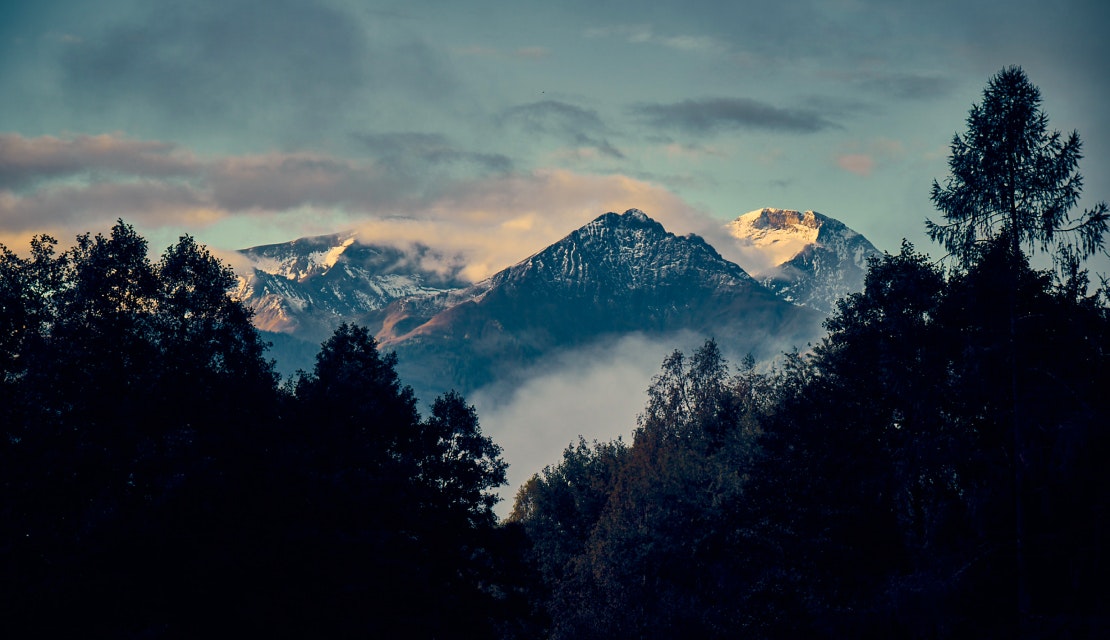 For the designer Quality Time meant to go hunting with one of his Defenders in the woods of Pinzgau, always accompanied by his dog Rocky. A worn spot in the office carpet shows exactly where the four-legged friend liked to lie around when he joined F.A. in his work. He then usually stood at the drawing board, which of course is still in his place. The entire right wall is covered with picture frames showing F.A. in the arms of friends, prominent acquaintances and family. Apart from that, the workroom is furnished without any frills. »A bit rustic and highly functional,« says Heiler. Like so much here in Porsche Land.