Porsche legend Hans Mezger turns 90. The gifts? He has already made to the brand himself with his ingenious drives. We congratulate with his five greatest successes for Zuffenhausen and Weissach. 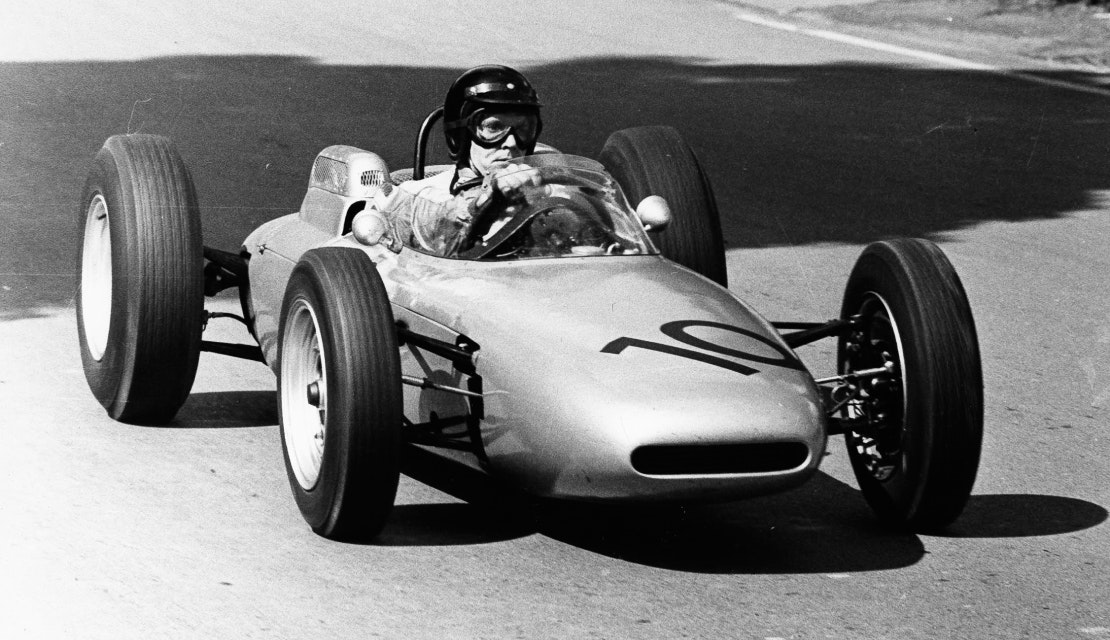 From problem child to race winner: Porsche's first eight-cylinder is a racing engine - but at first not as successful as hoped. Until Hans Mezger joins the team and adjusts the valve angle of the Boxer from 90 to 72 degrees. Thanks to the small but subtle conversion and other improvements during the season, Porsche's Formula 1 car 804, which is equipped with the »Type 753« engine, becomes a winner. In the hands of Dan Gurney, it won the 1962 premier class race in Rouen, France. And a week later, at the Solitude Ring show race in its home town of Stuttgart, he was able to add another victory to his list. 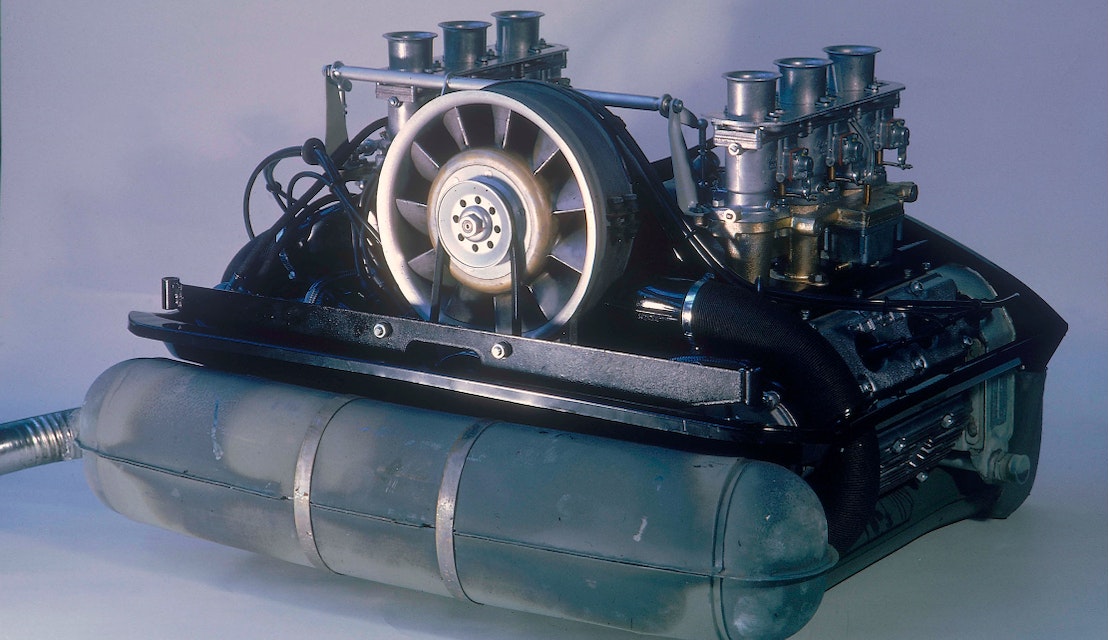 In 1963, a six-cylinder boxer was to power the new Porsche 911, successor to the 356. Mezger also played a role here - and provided the engine with Formula 1 know-how, different camshafts, an eightfold crankshaft, but above all new valve angles. The 27 degrees at the intake and 33 degrees at the exhaust not only reduce the consumption of the engine, but also increase the performance. The quality of the design is evident not only immediately back then, but also much later: the angles remain untouched for thirty years, right up to the last air-cooled 911. 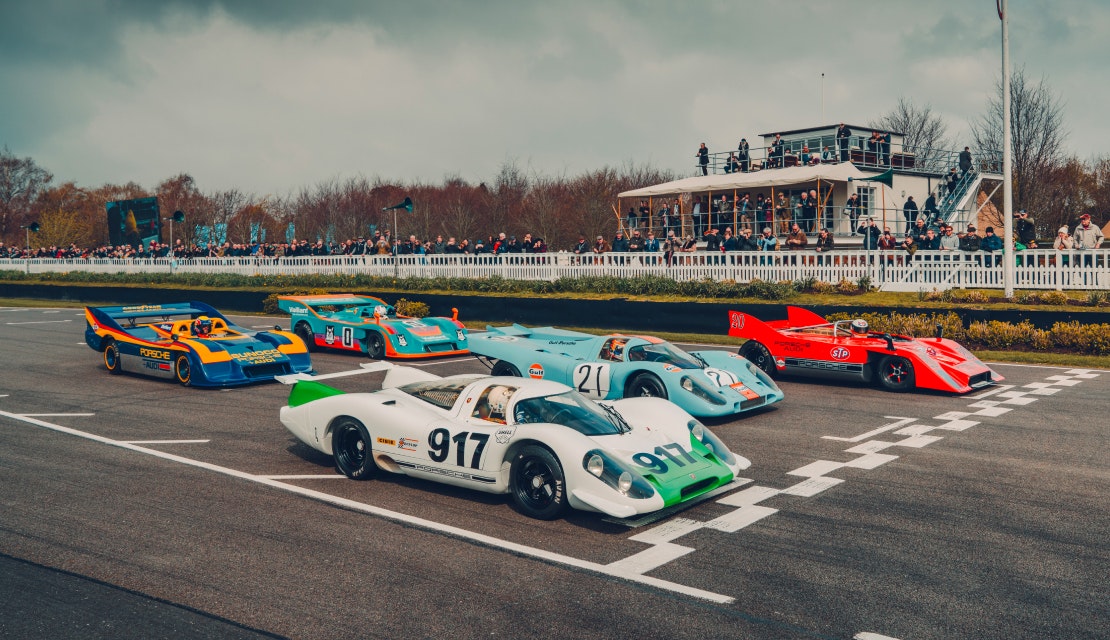 Mezger proves in 1969 that he not only has a good hand with engines, but also the competence for entire vehicles: As a leading designer under Ferdinand Piëch, he developed the Porsche 917. The following year it was not only the first Le Mans overall winner from Zuffenhausen, but a short time later also a pioneer of turbo technology: With smaller turbochargers and a bypass system, the engine responds faster than the turbo engines available until then - and above all offers incredible performance of more than 1000 hp. Porsche is thus ranking one victory after the other in the CanAm and Interseries. 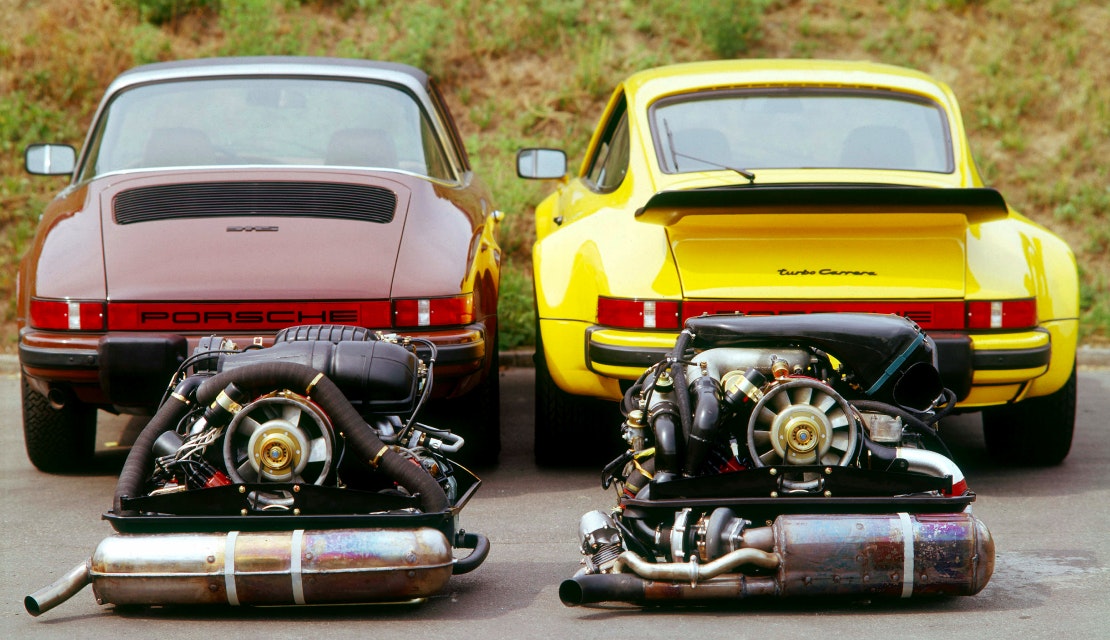 Win on Sunday, sell on Monday: Although only with a good quarter of the performance of the »racing car of the century«, but also turbo-powered, a new 911 finds its way into sales in 1974. The first production 911 of this type was unveiled at the Paris Motor Show a year earlier as a study presented in Frankfurt. On board: Two highlights by Hans Mezger, which the engineer combines into a third masterpiece: In addition to 260 hp, the 911 engine and turbo produced a model tradition that is still cultivated today - and even recently became the standard for the timeless sports car in the 992 generation. 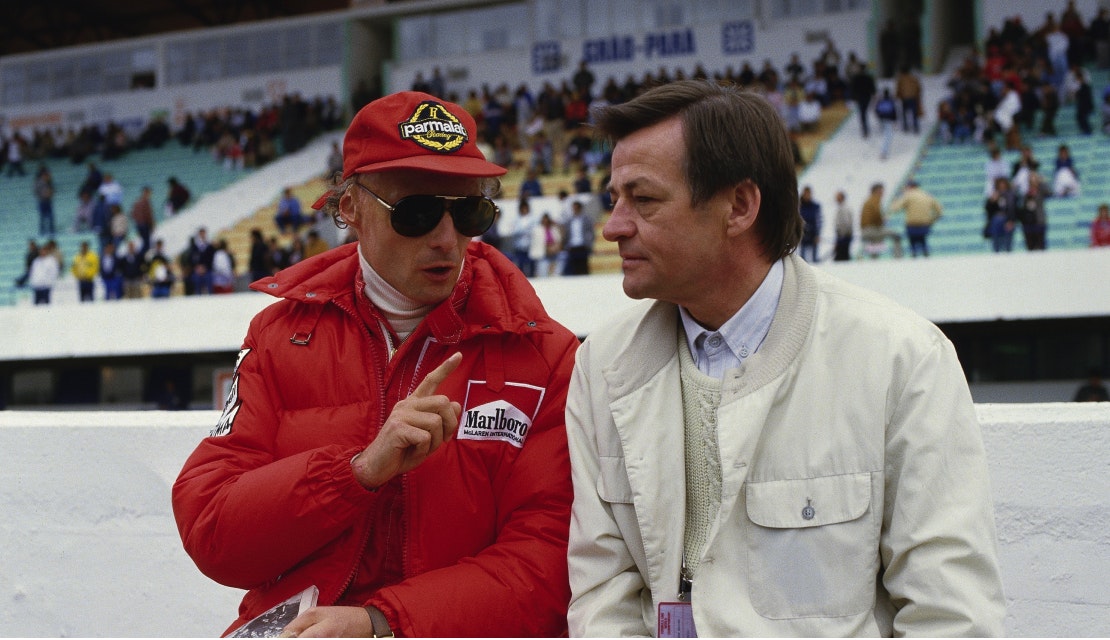 The fact that the turbocharger is one of Mezger's favorites became clear at the very latest in the mid-1980s : The TAG Porsche turbo engine becomes a legend in Formula 1. The 1.5 litre engine with 811 horsepower in the qualifying trim, like many of Mezger's developments, uses hot air to generate more power, but itself is anything but hot air. Between 1984 and 1986, the McLaren powered by it win pretty much everything there is to win in the premier class: Niki Lauda wins one, Alain Prost two driver titles, the team triumphs twice in the constructors' championship.