Getting the hang of it: the Bridge House on Menorca

A proverbial crossover: with the »Bridge House« the architects of »Nomo Studio« show that it is also possible to combine two very different building types in an aesthetically pleasing way.

In life, they say, one should build bridges. But what if neither valley nor differences need to be bridged? Then you can also build a house. And be inspired by the unnecessary crossings while constructing it. Like the architects of the Barcelona and Stockholm-based »Nomo Studio« did with their »Bridge House« in Coves Noves. In it, they have combined the two building genres with one another. And also cleverly created a bridge between aesthetics, minimalism and a Mediterranean attitude to life – all on the Balearic island of Menorca. 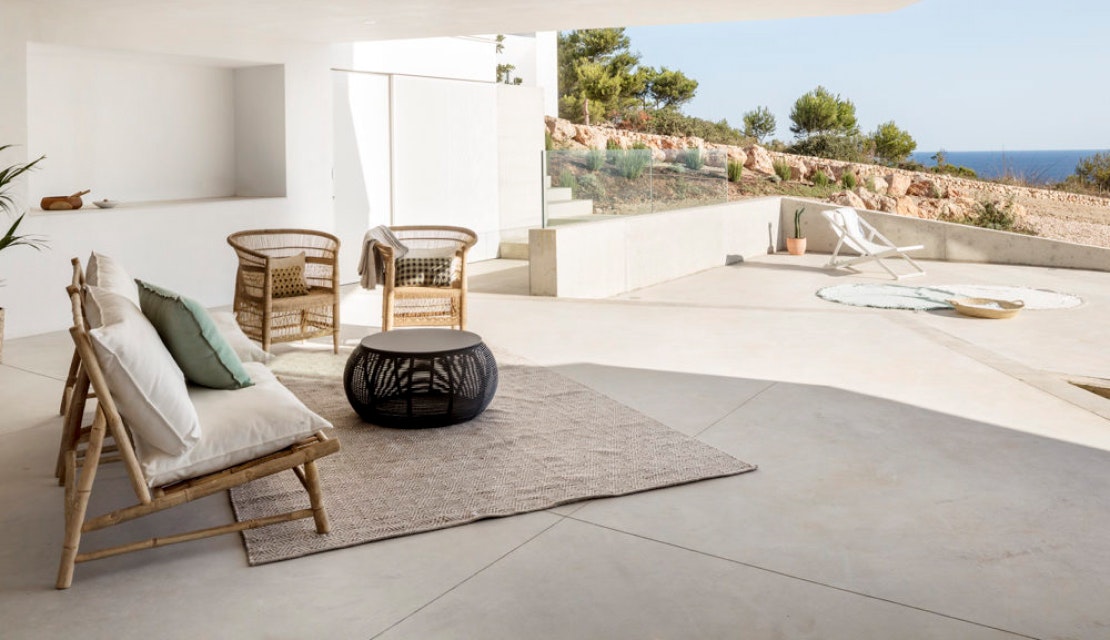 The Swedish-Spanish joint venture achieves this with several crystal-like blocks it connects in a larger living structure. The white building sections with large aluminium shutters form the bridge that gives the building its name and makes it habitable — thanks to the unique layout, the so created living space faces the sea and is particularly open. In addition to a panoramic view of the Mediterranean Sea and a swimming pool, the owners enjoy privacy because the back of the complex cleverly shields the interior. As well as the actual living room, which offers space for five people. The latter, in turn, picks up the clear and elegant lines of the façade with a minimalist white design, but interprets them in its own way with birch wood furnishings, white marble and Mediterranean terrazzo flooring on two floors. 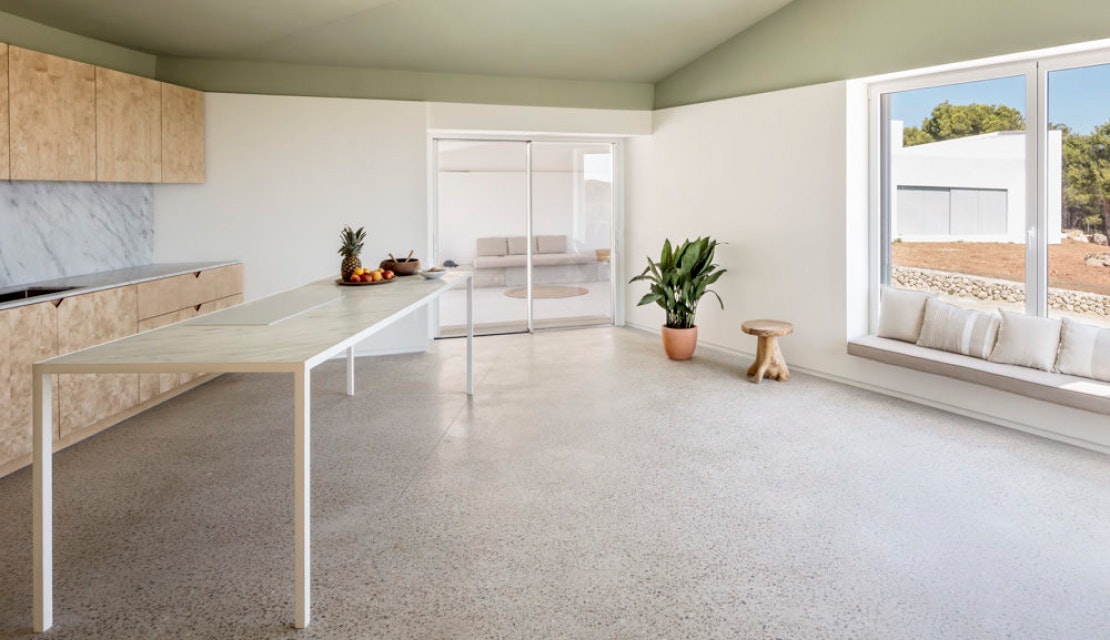 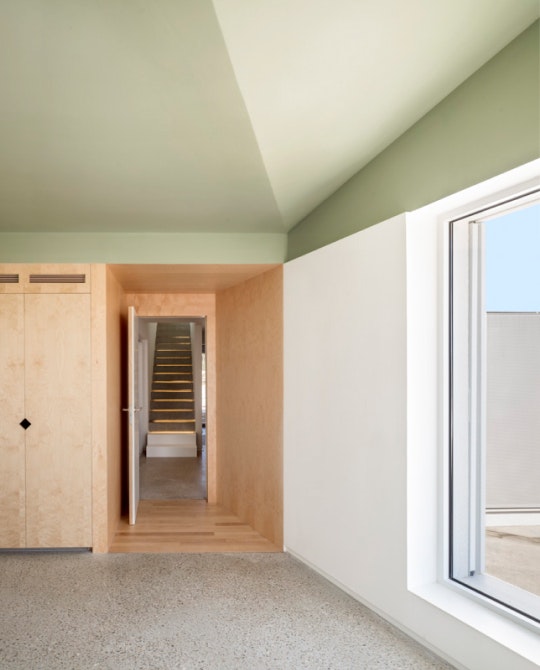 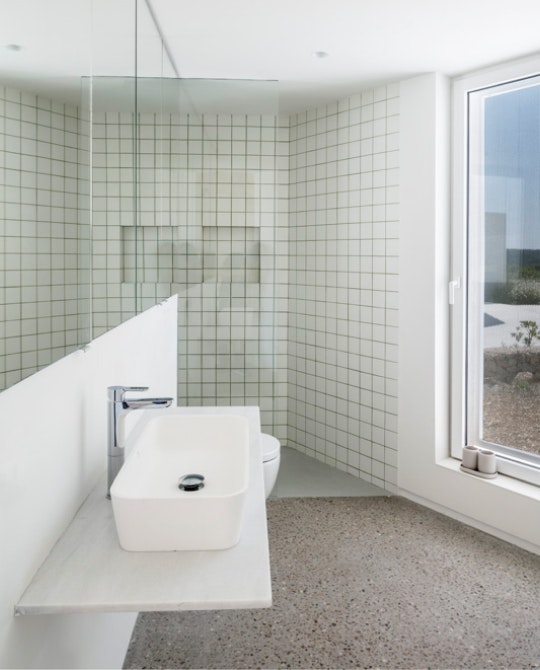 This is not the first project of this kind that the Swedish-Spanish architects have realised in Menorca. They have also built a pixillated villa and a particularly natural holiday home on the foundations there as well. What remains to be said? The gentlemen of »Nomo Studio« have got the hang of it.