A Porsche GT3 RS, a GT2 RS and a Speedster. A roadbook that nobody understands. And a track that leads through a very, very big radio dead spot. Together it results in a pretty perfect ride, which ramp editor Natalie Diedrichs went for. Even though she was only able to drive two of the three models that day.

Roadmovies are not about arriving. Rather, they depict being on the road, the striving for freedom and independence of the often unadapted protagonists, and they celebrate movement as their own way of life. Many romantic terms, then, for which one actually has no more time today.

If your personal road movie begins with the choice between a Porsche GT3 RS, a Speedster and a GT2 RS, that's not a bad start. Rather a pretty good one, if not a dream start, to be exact. The crucial question is really just: "Which one first? Luckily, that's a matter of course, since the quick journalist colleagues have long since settled the matter among themselves, while I'm still quickly filming the vehicles lined up finely next to each other for the Insta story. So my co-driver Zaid and I start in an Indian red GT3 RS - I can live with that. 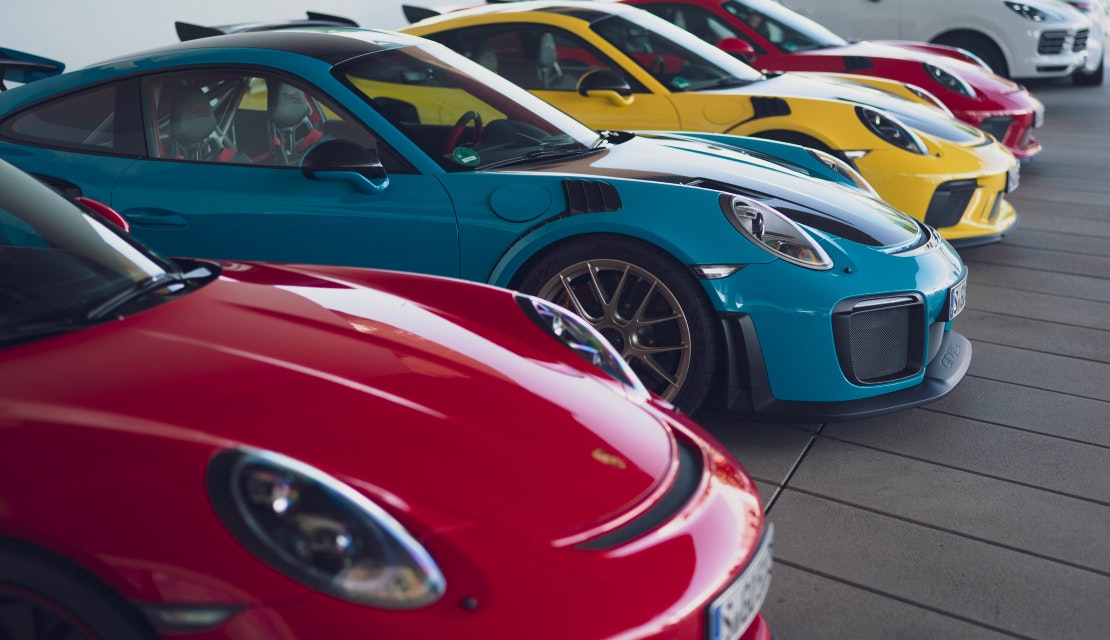 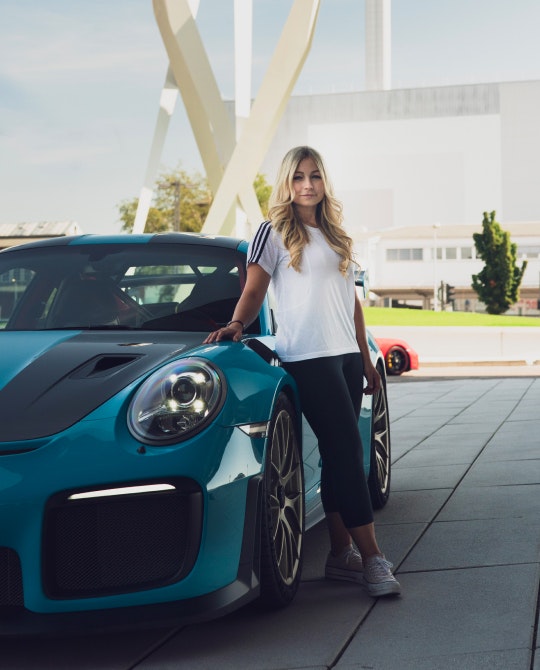 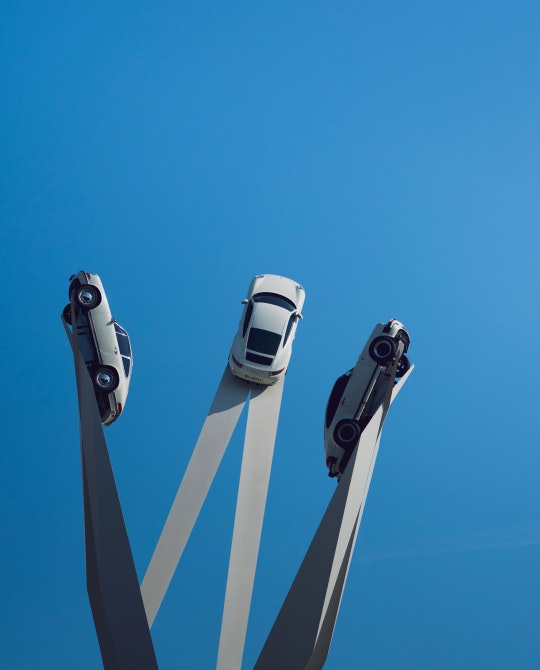 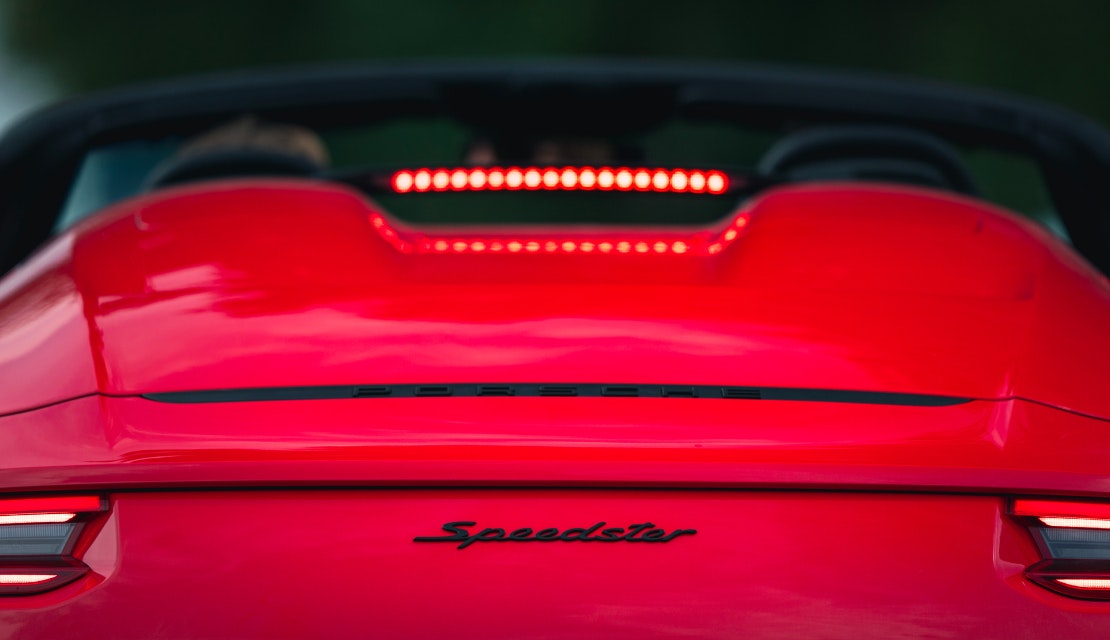 So turn the key on the left and hold the smartphone with your right hand to preserve the moment when the six-cylinder boxer comes to life for me for the first time. Just upload it and off you go. We leave Zuffenhausen behind us and drive towards the motorway. Zaid has a roadbook on his lap (a real one made of paper) and sets the directions, while I'm flipping through the gears of the PDK with the shift paddles in Stuttgart's city traffic.

On the unrestricted motorway, the four-litre engine turns up fully, the acceleration and the screaming sound - simply madness. Until we miss the right exit (Zaid: "I swear it was number 45!") and I insist on entering the route into the navigation system. I like to make use of technical progress - why not use it when it's already there? My father (generation Street Atlas) always asks me what I would do if my navigation system suddenly stopped working. To which I answered: "I’ll call you." 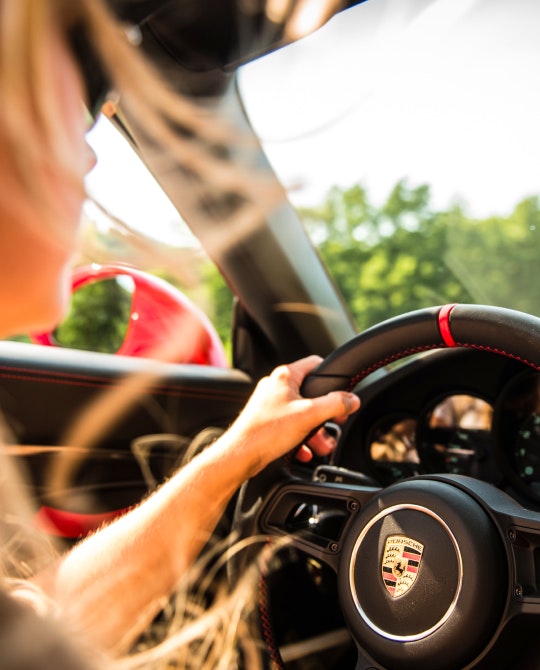 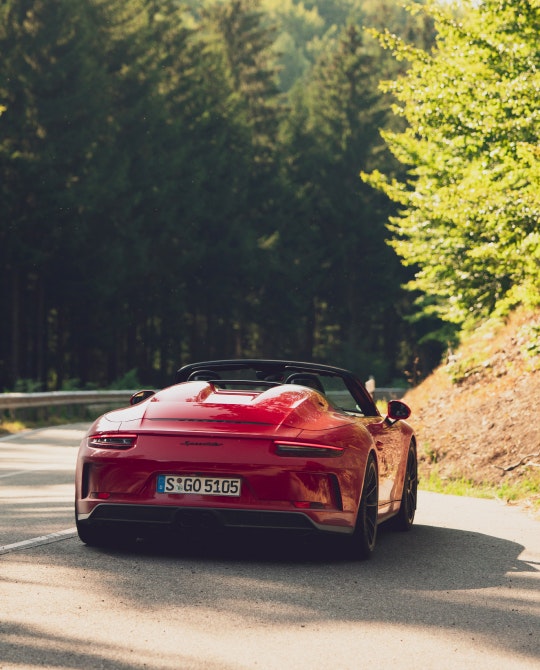 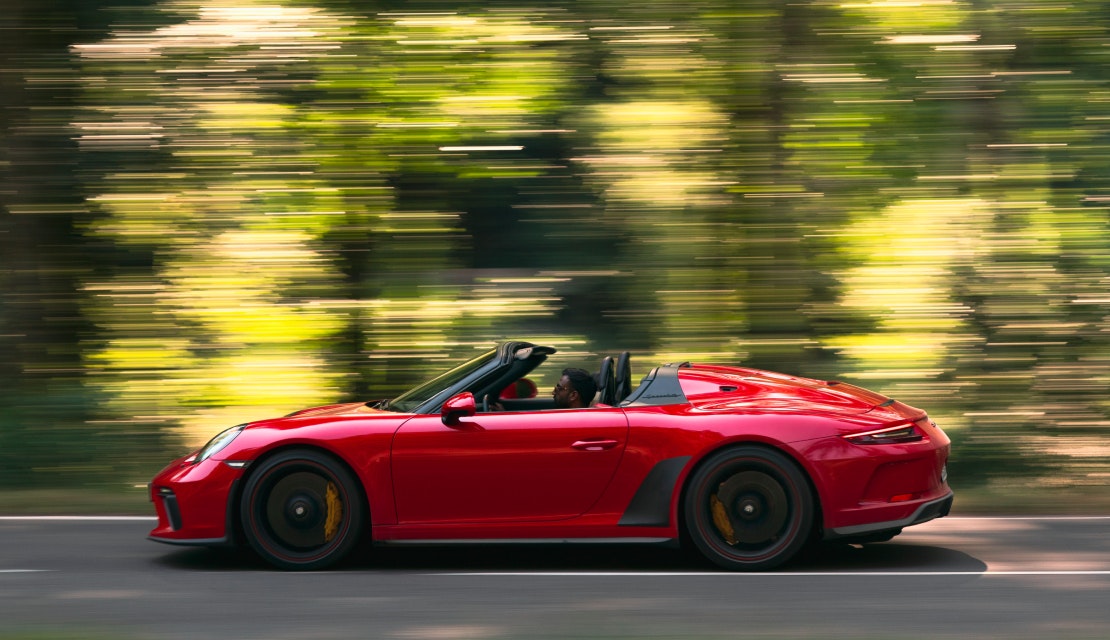 The route is calculated and promptly leads us through the middle of Karlsruhe. "The roadbook doesn't say anything about that," says Zaid, "whereupon I shrug my shoulders and once again manoeuvre the 520 hp racing car through city traffic. Finally country roads follow and I can get the GT3 RS into a few nice turns. Its super-tight chassis lets me feel every single stone on the road and the sports car's simple insulation lets me hear it as soon as it gets lost in a fender. In addition, the super precise steering and a response behavior that is as direct as a SLR camera at a thousandth of a second shutter speed.

After a while we swap places so I can post something on Instagram. A nice picture of the outside mirror, where the rear wing can be seen. We fly over the country roads until we stop for lunch, meet the others there ("Did you miss exit 45?") and swap cars. Time for the Speedster: Suction engine, rear-wheel drive, manual transmission. Words that make me shiver. First of all we go on a ferry with the whole group to cross a river. But instead of feeling as adventurously motivated as Indiana Jones, beads of sweat are on my forehead. The descent to the jetty is so steep that I fear that the Speedster could touch down with the front lip. 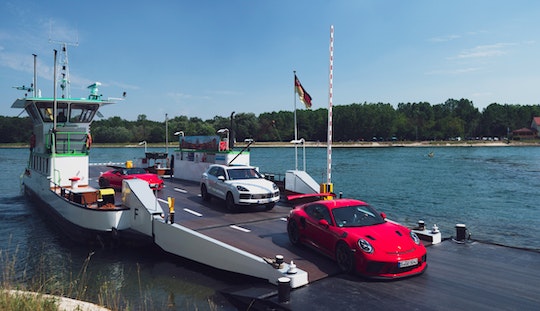 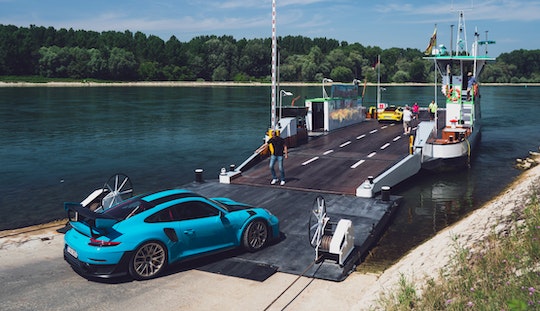 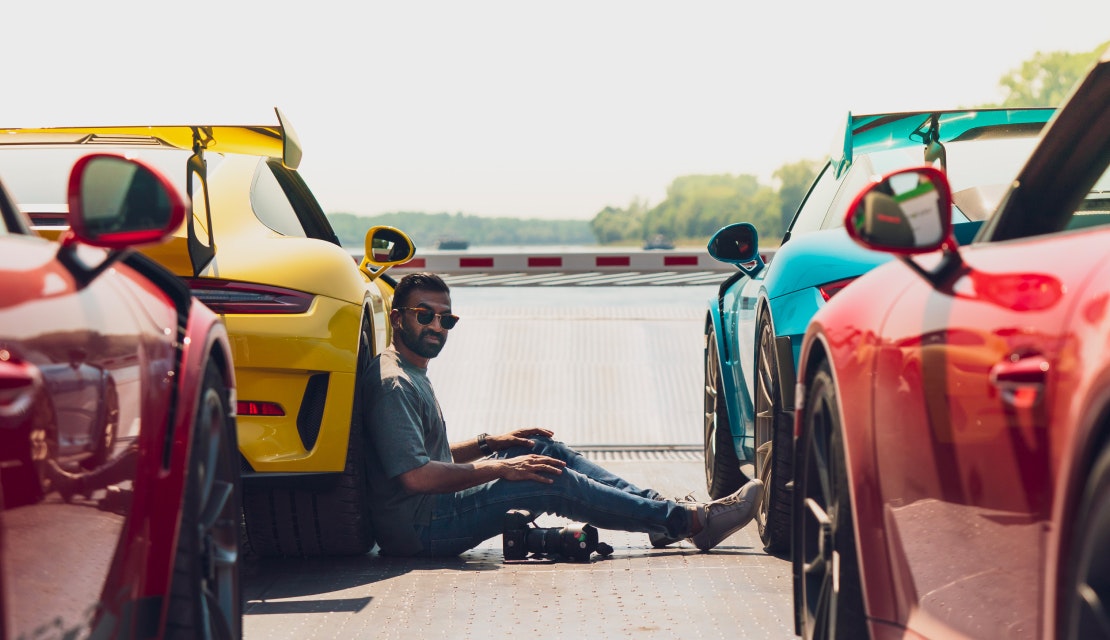 So I zigzag on deck and get across the river without any damage, whereupon the most beautiful roads I have ever seen in Germany follow. There you always dream of California, South Africa or Italy and have everything you need in front of your door: brand new asphalt, little traffic, green forests on the left and right and wonderful tunnels in between. And: no mobile phone reception. Zero. Not even Edge. The navigation system is on strike as well. And I can't call my father either. Fully offline. So Zaid digs out the roadbook again, gives me instructions. And then we just drive.

I accelerate, the engine roars behind me, then I shift gears and steer. Then I brake, shift down and the automatic intermediate throttle function makes the engine hiss, you rarely hear anything so beautiful. It's really true. And as we glide along, I wonder when the last time I consciously perceived a moment was without anything distracting me. Honestly - I don't know. All the more this one will remain in my memory. 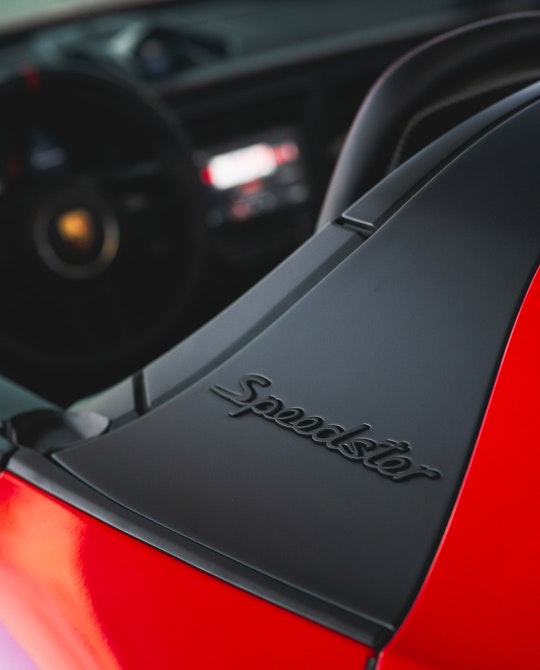 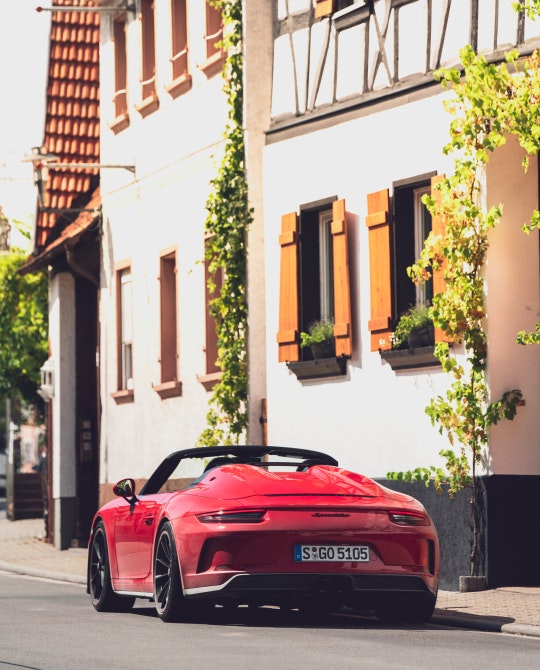 I've never understood why everyone always goes for James Dean so much. The whole rebel existence, striving for freedom, speedster driving I always thought was big pompous nonsense. Until today. Now that I hold the steering wheel of this car in my hands, I understand this fascination (at least a little bit), but I slow down a bit because then I have to think about what a sudden end the passion for this car has brought him. Poor James.

We’re be driving on these roads for hours. I find myself so deeply in a kind of automotive meditation state that I hardly notice how my smartphone begins to "ping" again. We've lost the others long ago and we're two hours behind schedule. Which flattens the third car exchange - so no GT2 RS today. I think thats trivial anyway. I just want to drive on. Being on the road, free and independent, finally doing the things I don't have time for. 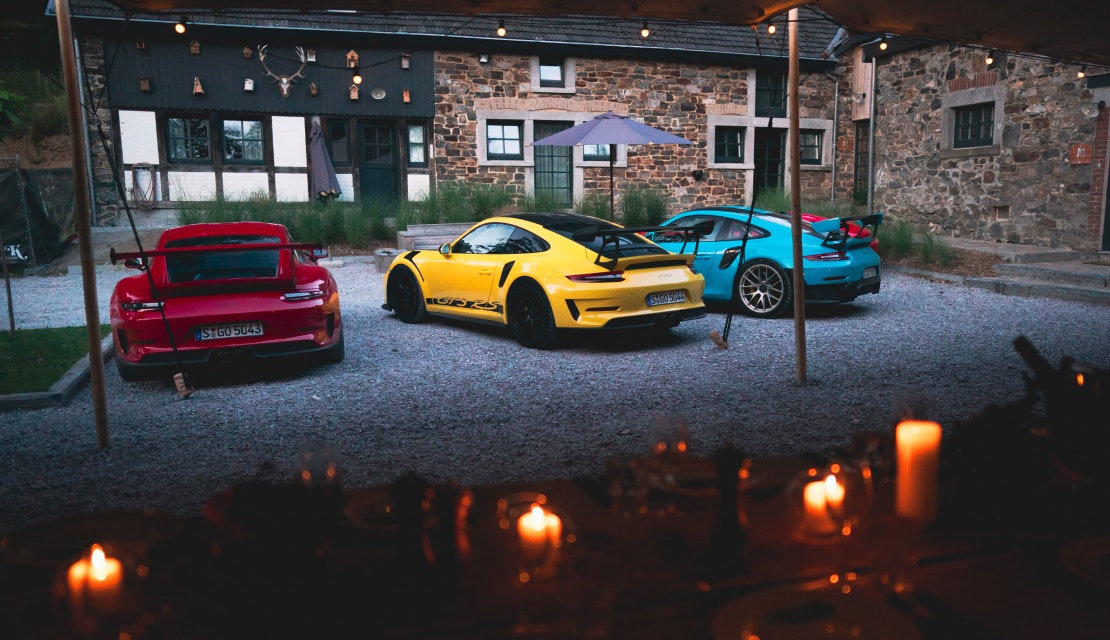