Frank Orel and the red Speedster

A man, his camera, Bavarian veal sausages and a red 911 Speedster: That's how good stories begin. And ours too. Including an exclusive sequel. A visit to photographer Frank Orel.

»Hello Frank, are you all right?« It is always valuable to visit old acquaintances. Frank M. Orel answers immediately: »Which car did you bring with you?« Over many decades, the Stuttgart photographer has made a very good name for himself as a photographer of all kinds of objects. Cars are almost always there. His preferred stars: Porsche, Ferrari and Opel. Many years ago, the Porsche Museum produced calendars. The long-standing relationship with the star photographer began with the addition of short texts to large pictures. 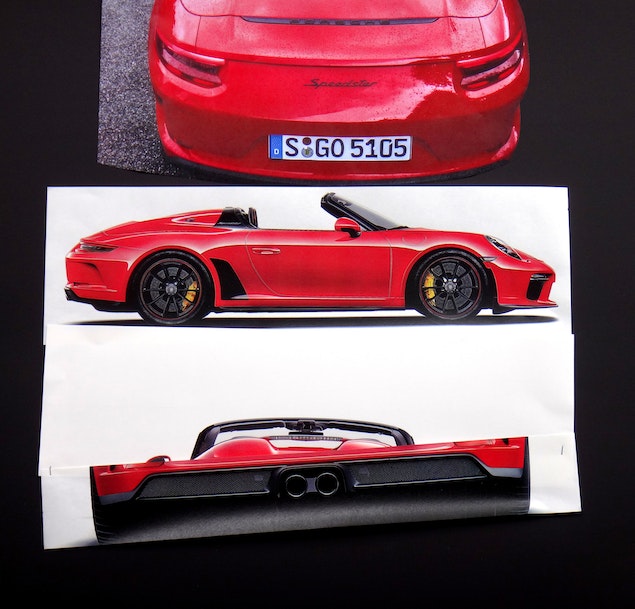 Regarding Frank's question: Porsche Speedster. Red and expensive, 510 hp suction engine, 6 gear manual transmission and a cloth top, which also requires manual work to open. A gift from Porsche to itself for its 70th birthday. With regards to the hour of birth in 1948, it's already over after just as many cars. The small series has long been sold out. 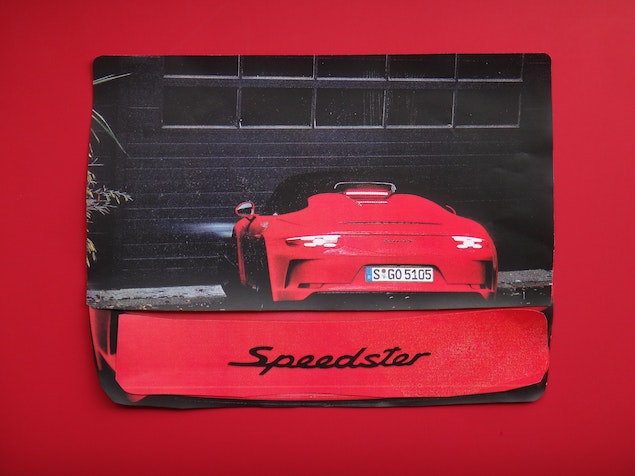 Today it is about a few white sausages, pretzels and perhaps a glass of Pinot Gris. »It's nice that it's drizzling,« Frank interrupts the lunch. He reaches for the camera and walks into the studio courtyard. A photo production was not even thought of. But with this motif it doesn't keep the creator of the exciting pictures at the dining table. »Drive to the gate«. »Now back, no, another half meter.« The professional gives the stage directions. Was it five minutes or ten? 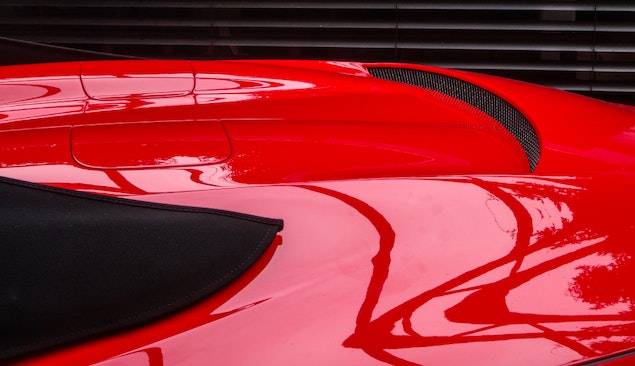 We get back to the to the Sausages. And some stories far beyond the Porsche world. But the photos have been taken. And they shouldn't remain hidden. Here the exclusive result of a chance encounter between photographer and Speedster. 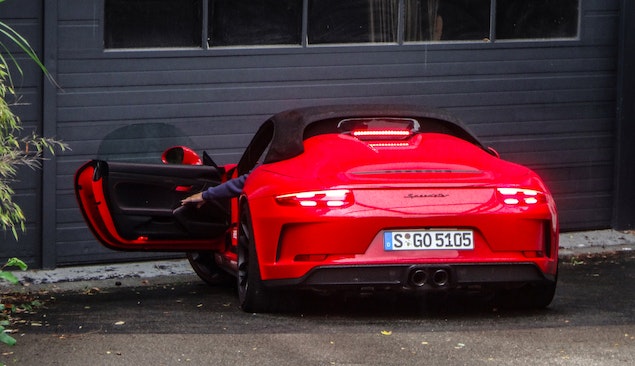 One more thing: The visit will have consequences. Frank Orel opens his inexhaustible archive for »Crazy about Porsche«. In the coming weeks and months we will be presenting Porsche in Orel style again and again. Oh yes, there's the opening question. Frank is doing well. He left the management of the studio in the south of Stuttgart to his sons Dennis and Mick. Nevertheless, a camera is always near him. That's good.