Just over two weeks after the new 911 Targa 4S, Porsche is presenting the Heritage Design Edition based on it. And with its striking equipment, it honors not only the 1950s, but also the 356 produced at that time. Five things that caught our attention in thew latest 911, limited to 992 units.

No, not because of the limited edition of 992 vehicles. But because of the exterior color of the Targa in the Heritage Design Edition. In addition to the »Spear« graphics applied to the fenders, the golden details and historic logos, the »Cherrymetallic« metallic paint finish is the cherry on the Targa cake. But there are also the inner values. And with it the interior, which also has a red tinge. 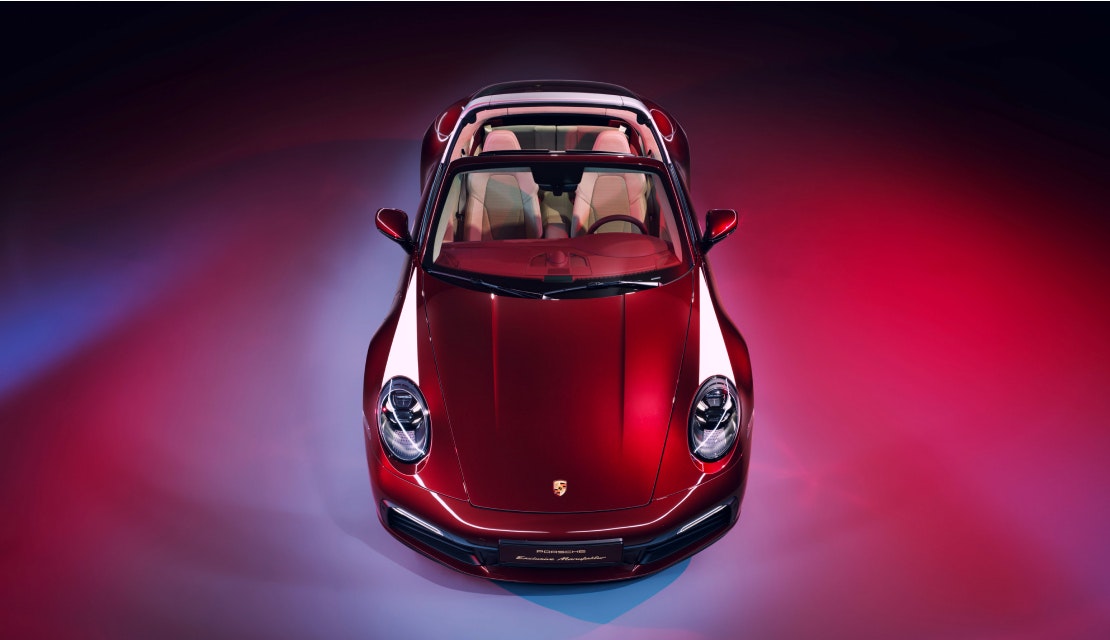 People at Porsche have always been clever. So even with the first 911s they relied on particularly light and resilient rims from Otto Fuchs. The wheels drawn by F.A. Porsche also looked good - and became known worldwide as the iconic »Fuchs wheels« themselves The Heritage Edition of the Targa 4S skilfully picks up on this tradition and comes onto the market with a fitting reinterpretation. 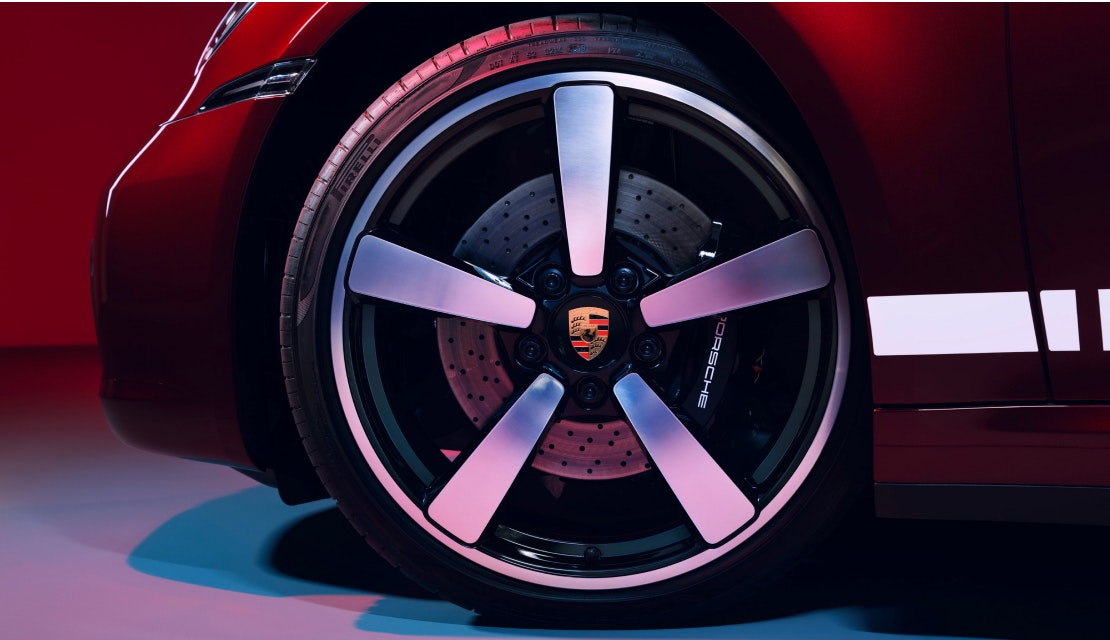 The starting number 50 on both doors actually refers to the decade that inspired this exclusive Targa 4S. But it could also be understood as a reference to the two-tone dashboard: It divides almost exactly in the middle - intoeige and burgundy, but also in beige and black on request. Whatever the combination, it always matches the retro dashboard and phosphorus green numbers. 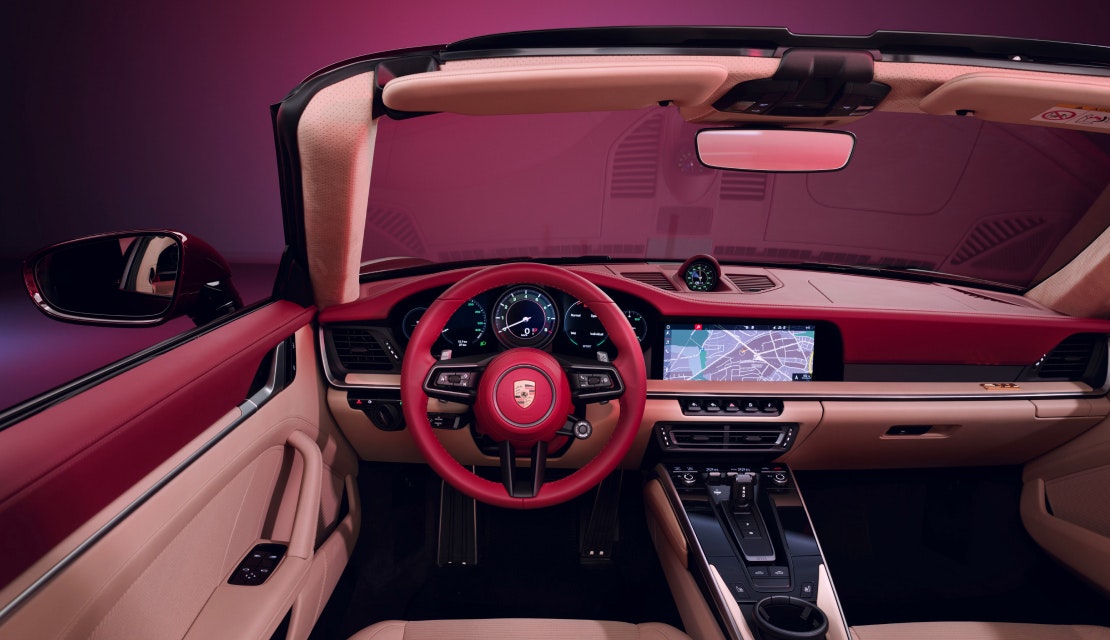 The Targa itself turns back time optically. The 911 Targa 4S Heritage Design Edition chronograph measures it. At least theoretically. Because from our point of view, that's obsolete anyway: After all, sports cars and chronograph are equally timeless. The watch developed by Porsche Design achieves this with a stylized Fuchs wheel on the back, a dial that resembles the dashboard and bordeaux-red leather on the strap. 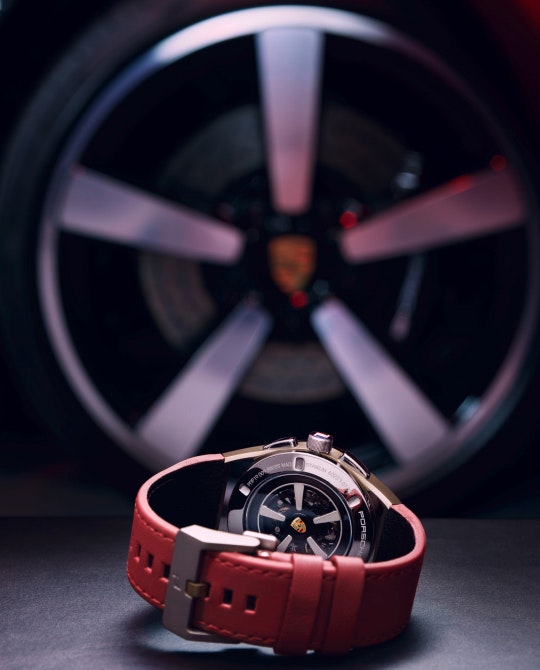 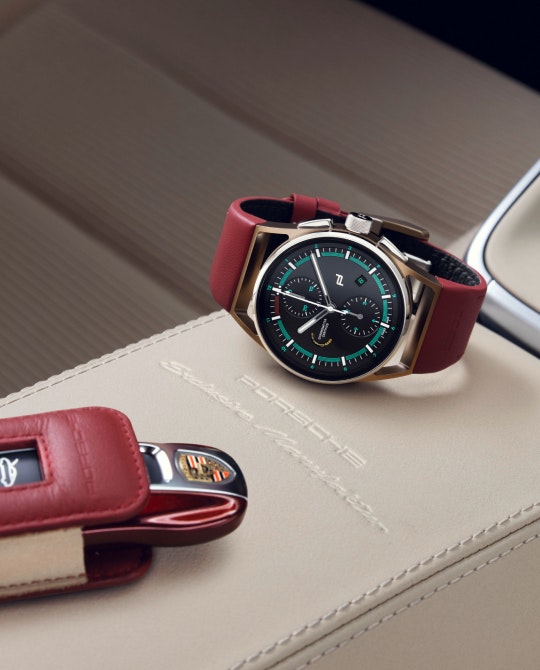 Beneath the bodywork, the Heritage Targa relies on the proven technology of the new 992 Targa 4S. And the associated 450-bit turbo horsepower and four-wheel drive. It achieves a pretty respectable 3.6 seconds when sprinting to the 100 km/h mark, but also 306 km/h at the top. Of course, this is also thanks to the eight-speed transmission, which, in contrast to the special model's appearance, relies more on contemporary technology. 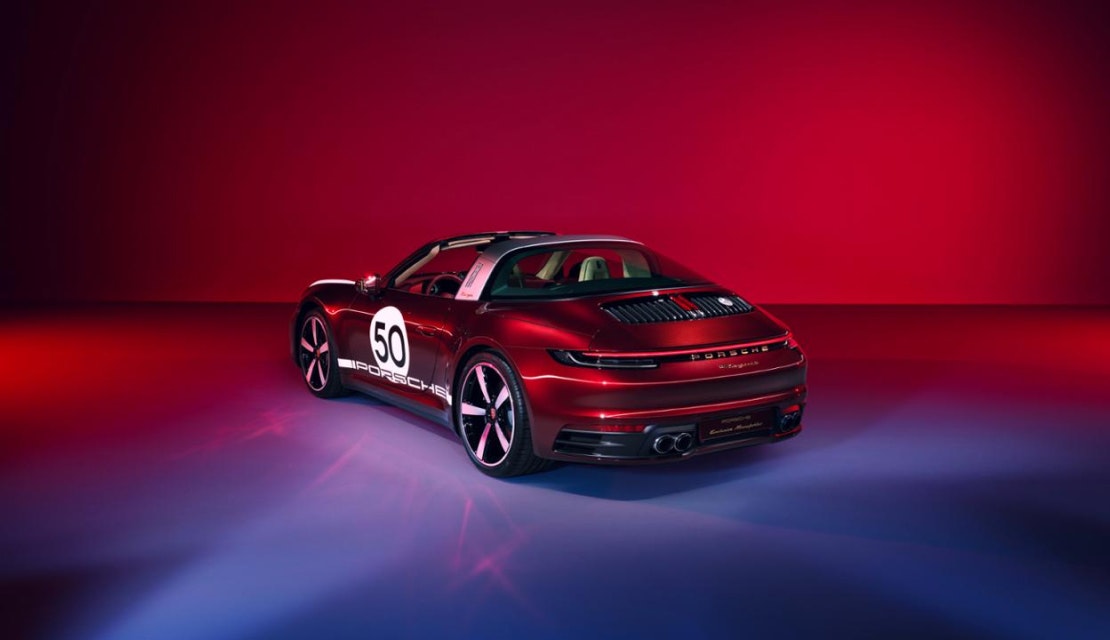