Formula E in Berlin: Sixpack of the electric kind

On Wednesday Formula E will start into its second half of the season in Berlin. It will take place entirely on the »Tempelhofer Feld«, where the rounds of the racing series have also been held in previous years. On three tracks, in six races and within nine days. The TAG Heuer Porsche Formula E Team will also be back for its rather different home race.

Give me six: that is the number of races left in Berlin. At least as many drivers also have a chance of winning the championship up to now. After a five-month forced break and as many races in the season so far, the grand finale of Formula E is scheduled to start in Berlin on Wednesday. During the forced break, the Formula E drivers competed against each other in a simulator from home under the name »Race at Home Challenge«. The winner was Stoffel Vandoorne. After the Challenge, the driver market changed quite a lot: Ex-Porsche driver Brendon Hartley leaves Dragon, he is followed by Sergio Sette Camara, René Rast replaces Daniel Abt at Audi, who in turn takes over Ma Qing-Hua's cockpit at Nio333. And at Mahindra, Pascal Wehrlein vacates his cockpit for Alex Lynn. At Porsche, on the other hand, everything remains the same with factory drivers André Lotterer and Neel Jani. This also applies to their own objectives: For the finale, Porsche is aiming for more points and podium places. 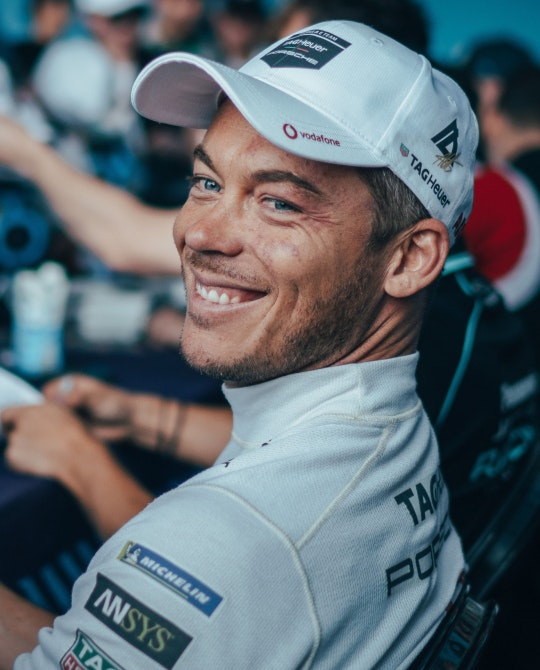 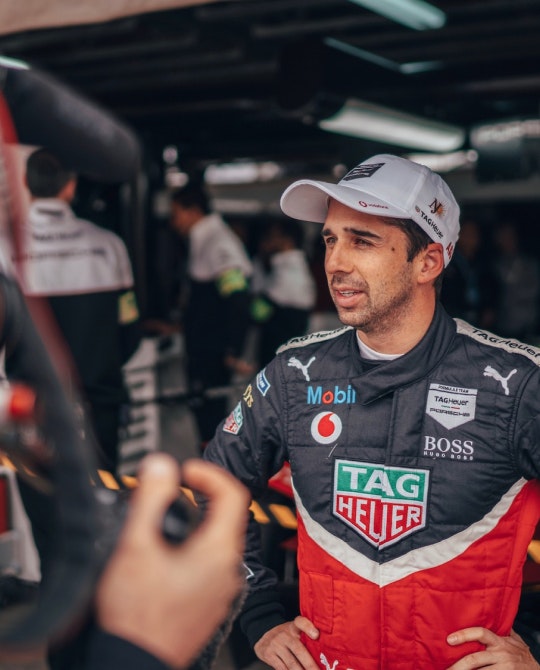 Six races and three doubles events in nine days (5 & 6 | 8 & 9 | 12 & 13 August) mean that Berlin not only plays an absolutely special role in the sixth season of Formula E, but also continues to hold a lonely record: the German capital is and remains the only metropolis that has been represented on the calendar in every Formula E season. And in 2020 it will also account for more than half of all the races of the season. Also something special: the Tempelhof forecourt where the races are held. Not located directly in the city center, but on the tarmac of the disused Berlin airport, its non-slip surface is also a special challenge for the tires. 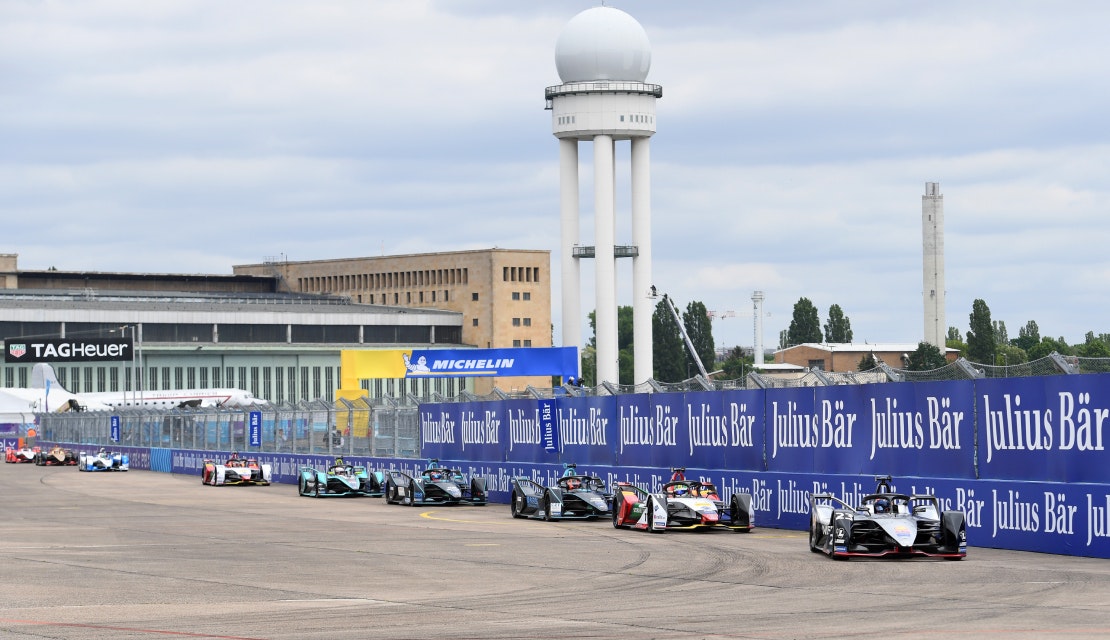 Everything as before, but still different: Although the layout for the first doubleheader on August 5th & 6th will be the same as last year, it will be driven clockwise - and therefore the other way round. Two days later 8th and 9th of August) the direction of the 2.377 kilometers long track is the known one. For the two decisive final runs (August 12th & 13th) the cards will be completely reshuffled: From curve 4 on, the track is much more technical and makes the second part of the round a real test for driver and vehicle, before the two familiar hairpins are back in the last sector. Final result: 16 instead of the familiar ten corners. 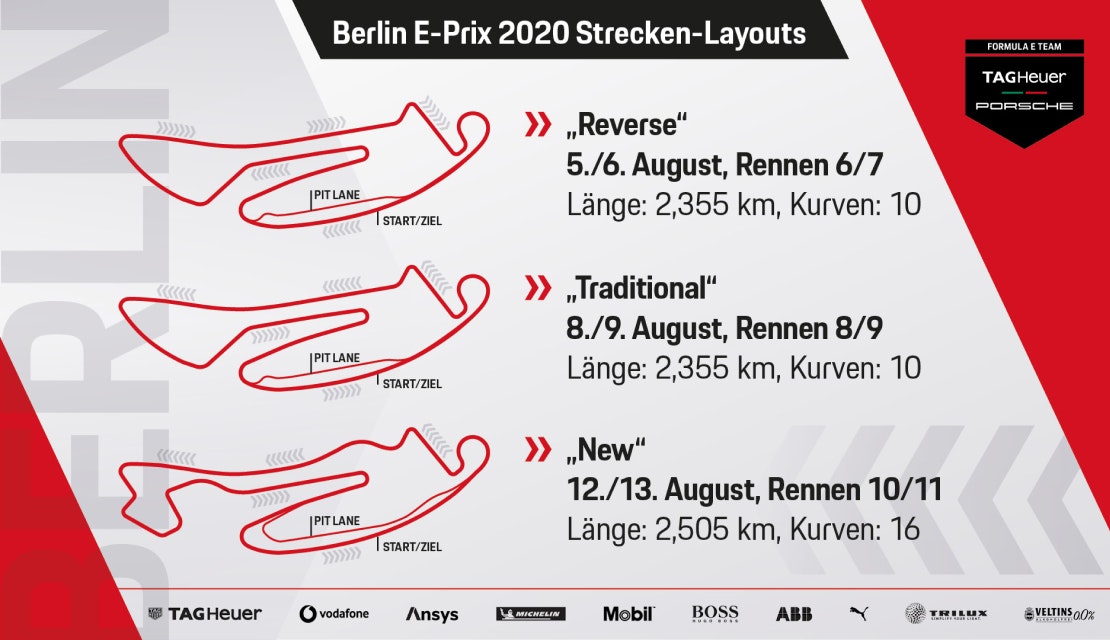 Although the Berlin races take place behind closed doors and thus without fans, the fanboost model remains the same. Meaning: From today, until 15 minutes after the start on August 5th, there will be an online vote on who can look forward to additional energy during the race. The five drivers with the most votes can be voted for after the 22nd race. The five drivers with the most votes can unlock an extra 100 kilojoules after the 22nd minute - but only in a time window of up to five seconds. To vote for the Porsche drivers, visit the Formula E website or app or tweet the hashtags #AndréLotterer #FANBOOST or #NeelJani #FANBOOST. 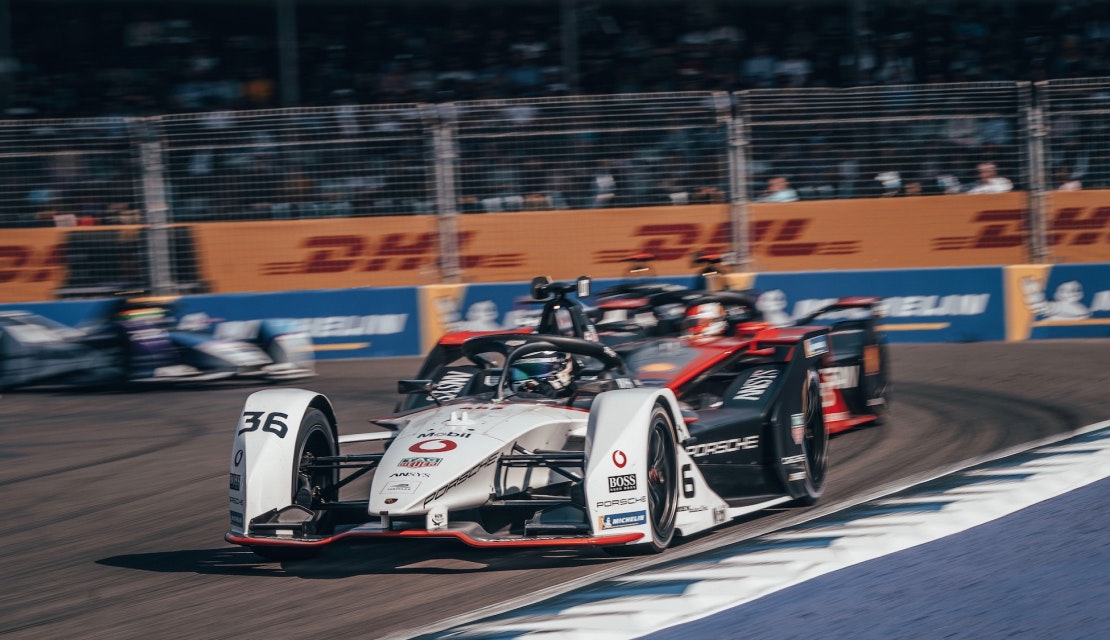 The first two races (Wednesday, August 5th & Thursday, August 6th) will both start at 7pm local time and will last one hour as usual. Eurosport will broadcast both races live on TV and in their own online offer »Eurosport Player«. Otherwise the final in Germany is not to be followed today. The starting times of the following two doubleheaders The starting times of the next two doubleheaders (8 & 9 August, 12 & 13 August) are also not fixed yet, but will be announced by Formel E during the event.