If no joint events, then at least a good portion of style for the ride alone or in pairs: Instead of a pop-up store, the »Porsche Legacy | Puma Collection« is now being launched digitally. Of course with active community support from Moritz Leidel (@Flat6High5) and Tom Gädtke (@onassisporsches)

These days, the world is often moving closer together digitally - as is the Porsche cosmos. So it's only logical that Tom Gädtke and Moritz Leidel should celebrate the launch of the »Porsche Legacy | Puma Collection« digitally. And not as initially planned with their season openings #CREWSN and RideOn. Instead of their joint events, the premiere of the limited edition crossover of sports car and sporting goods manufacturers will now take place on Instagram - but also on Crazy about Porsche. It goes without saying that due to the current editions, sales will also move from a pop-up store to the online stores »43einhalb« and »Keller X«. 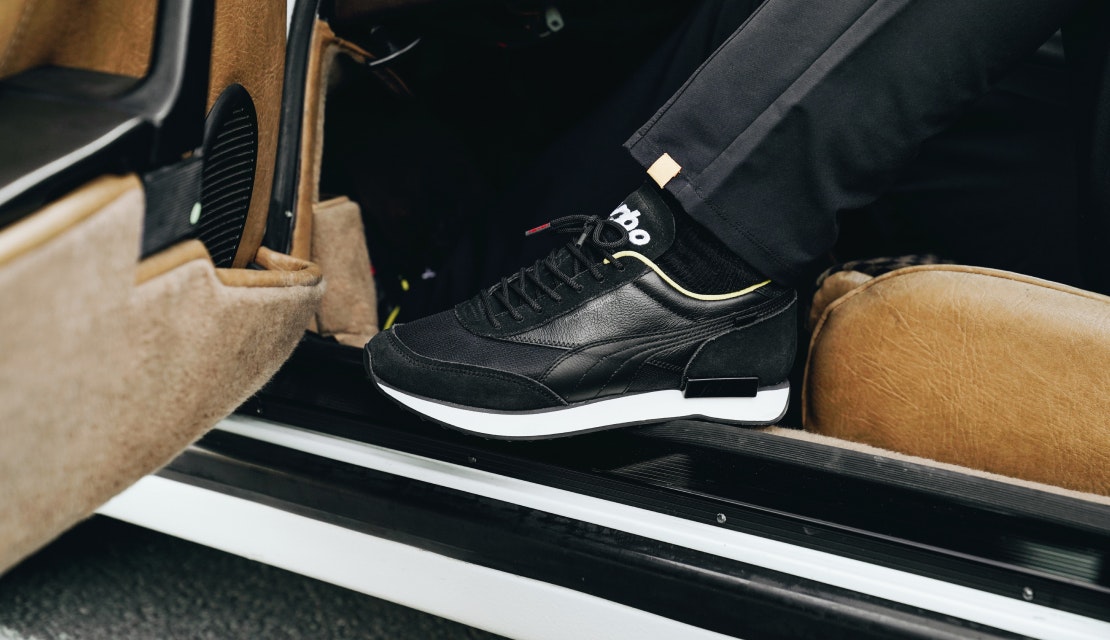 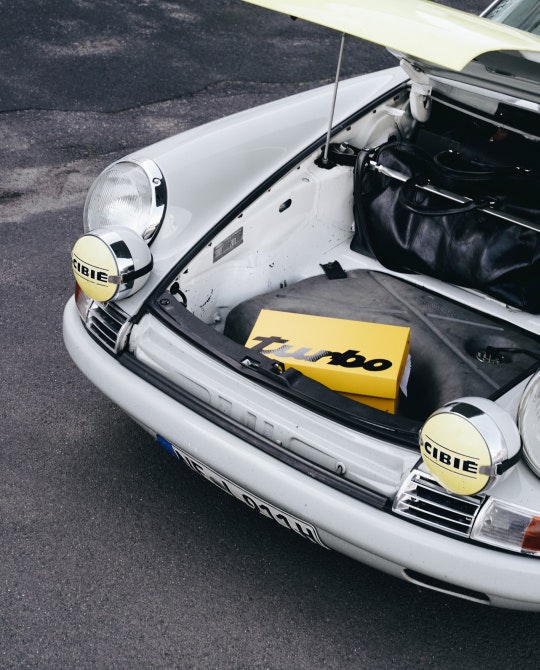 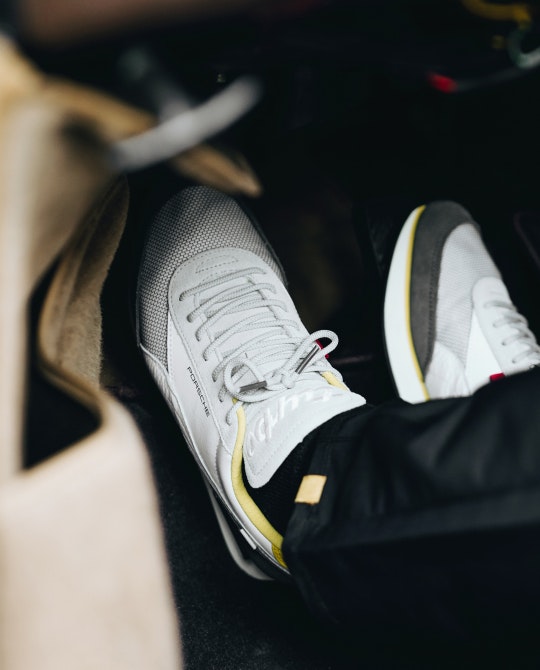 Several classics from Herzogenaurach have been redesigned in the iconic turbo-look for this release, which was heavily influenced by Zuffenhausen - including the »Puma Future Rider« and the sleek classic »Speedcat«. The shoes, available in black and white, therefore feature the familiar Porsche logo as well as the curved lettering of the first 911 with a turbo. In addition to the sneakers, matching outerwear and accessories are also provided: the collection includes two T-shirts, a sweater, a hooded jacket, sweatpants, a baseball cap and two bags, all with turbo accents. 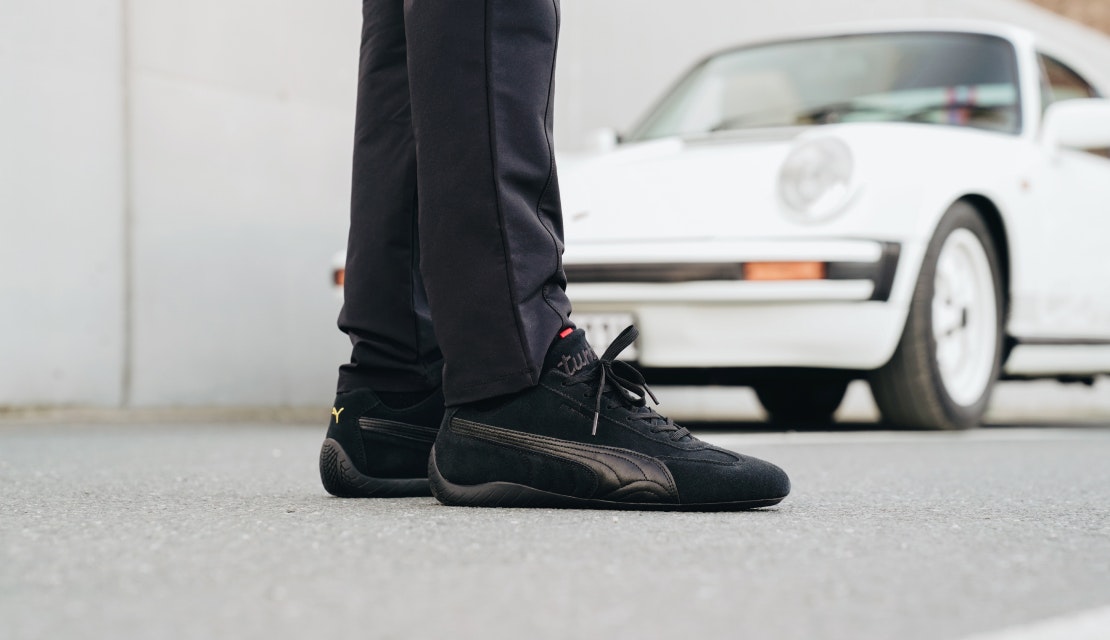 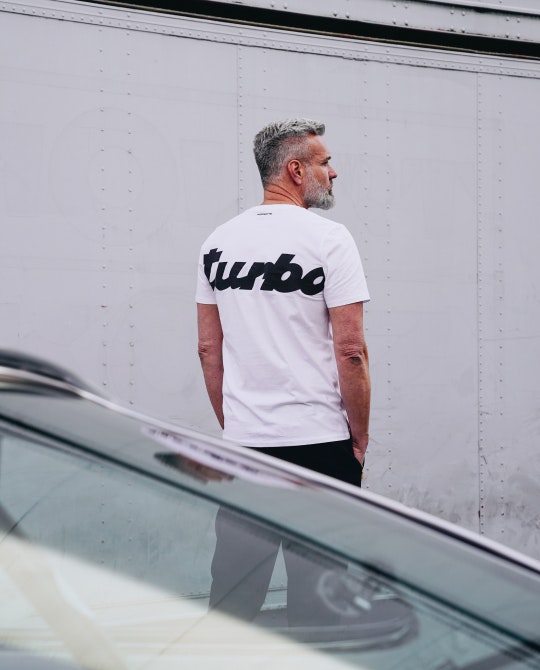 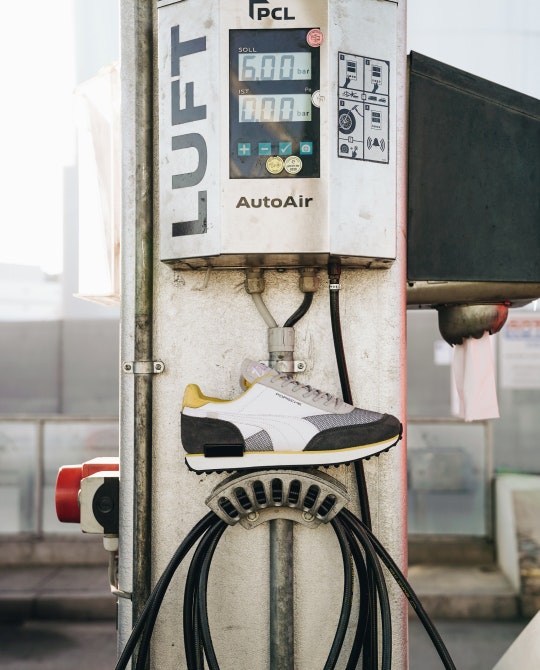 Crazy about Porsche is giving away a pair of the exclusive and strictly limited sneakers.

For more information about the contest, just visit the Instagram channel @crazyaboutporsche. Alternatively, the shoes and all other items will be available from tomorrow in the online stores »43einhalb« and »Keller X«. 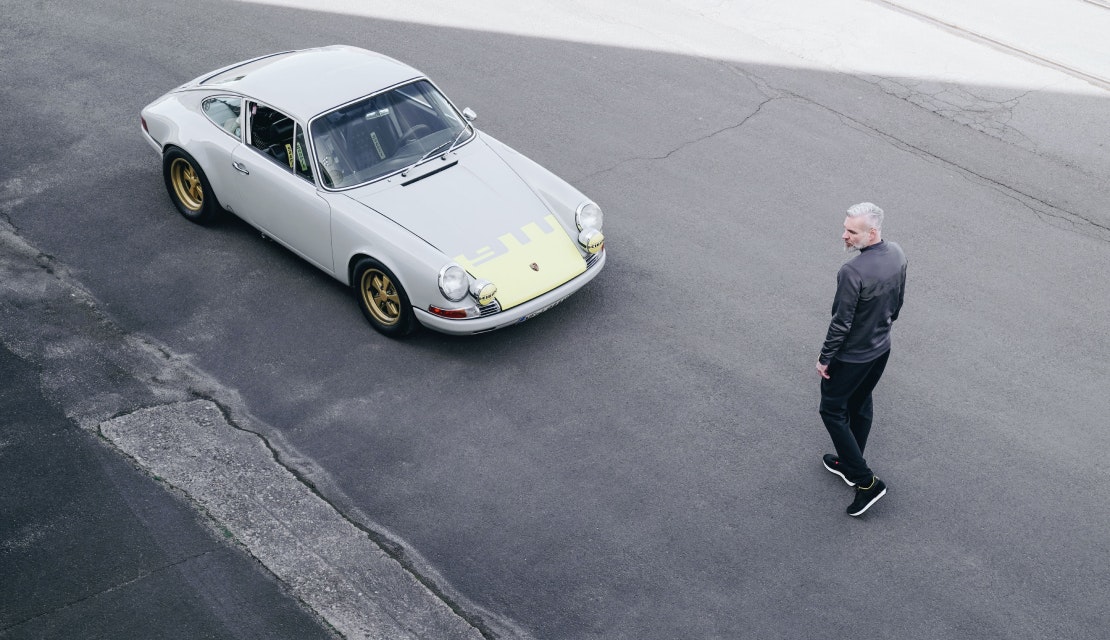 For all those interested in the community meetings AIRTIMES, #CREWSN and RideOn, there is a link in the Instagram profiles @flat6high5 @onassisporsches to a 100% spam-free WhatsApp-Chat, in dem es bald mehr Infos geben wird.*

Disclaimer: The video was shot before the lockdown which aims to prevent the spread of the Covid-19 pandemic.