Le Mans always writes its own histories. One of them: The fastest race for decades, back in 1971. Marko/van Lennep win in the 917 with a legendary average of 222.304 km/h! In 2006, today's Red Bull Formula 1 consultant once again drove one of the twelve-cylinder racing sports cars at the Ennstal Classic. We remember.

The Austrian Helmut Marko, the former director of the Porsche Museum Klaus Bischof and a Porsche 917 celebrate a reunion in Gröbming in 2006 after 35 years. »Helmut, do you know why I tinkered on your car at Le Mans in 1971?« The racing driver Helmut Marko raises his shoulders unsuspectingly to the question of the then racing mechanic Klaus Bischof. Bischof's answer: »Because everyone said your car wouldn't finish anyway!« Bischof and Hans Eisele were the two youngest fitters in Porsche's factory team at the time. The two young men assign the top dogs in the mechanics squad for an experimental vehicle that nobody believes is reliable for a 24-hour race. It is the Porsche 917 hatchback in Martini colours with the start number »22«. The only one of these twelve-cylinder racing sports cars from Porsche with details such as a magnesium frame or perforated brake discs. 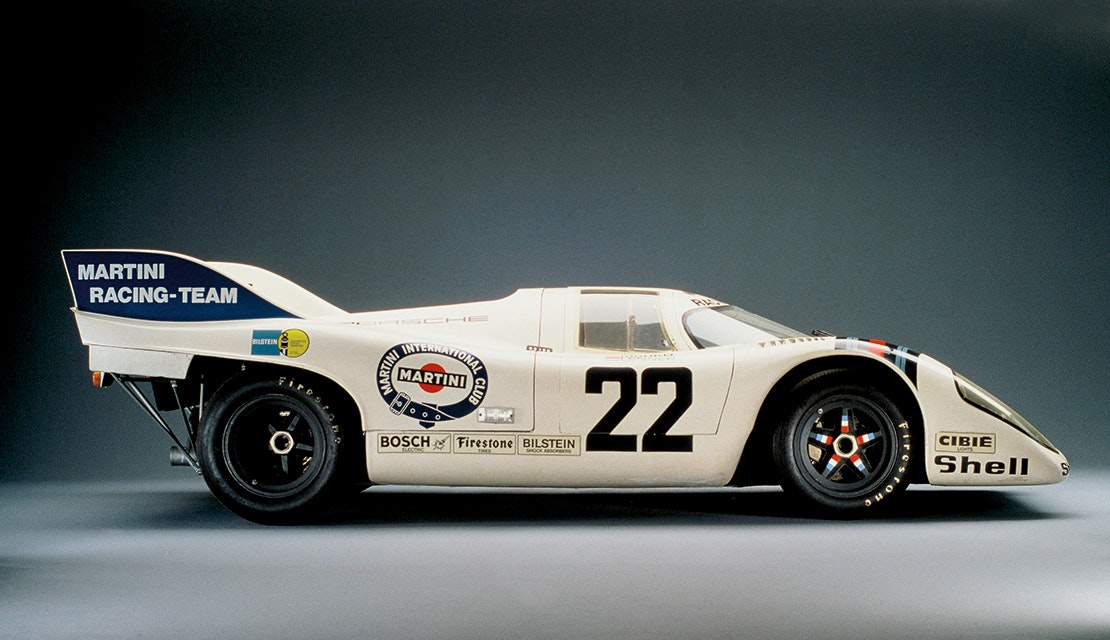 Helmut Marko drives a 917 in the colors of the winners of 1970. Hans Herrmann and Richard Attwood had clinched Porsche's first victory at Le Mans. Even after more than three decades Marko has still internalized the motion sequence when starting. He holds on to the edge of the roof, first swings his legs into the cockpit, then supports himself on the wide sill and slides into the seat shell. »Great,« is the comment, »I can still fit in the car, many of my colleagues probably don't anymore.« 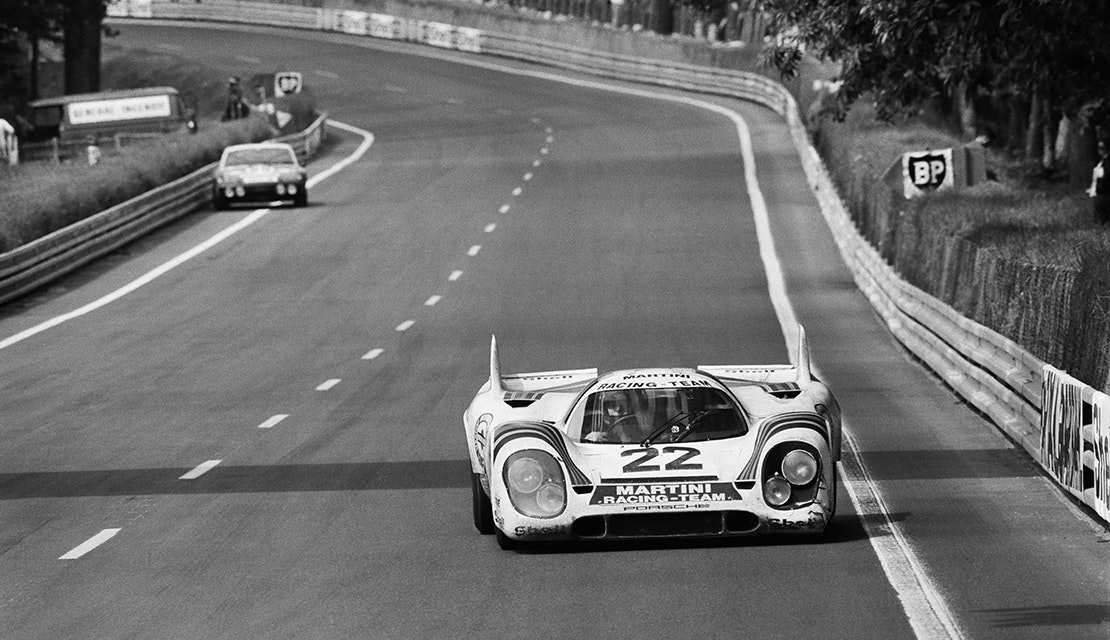 Now Klaus Bischof takes his place on the sill, under which one of the two tanks is located. The Porsche rolls to the start of this very special Grand Prix. Bischof keeps the door open to the top. »I wanted to see whether Helmut could still do that,« Bischof reveals, »but after a hundred meters I was completely reassured.« Marko spins six laps in the field of stars with one of the most exciting racing sports cars in motor sport history. Each round gives him more pleasure. After that, he just says: »How insane must we have been to go well over 350 km/h with these things at Le Mans!« 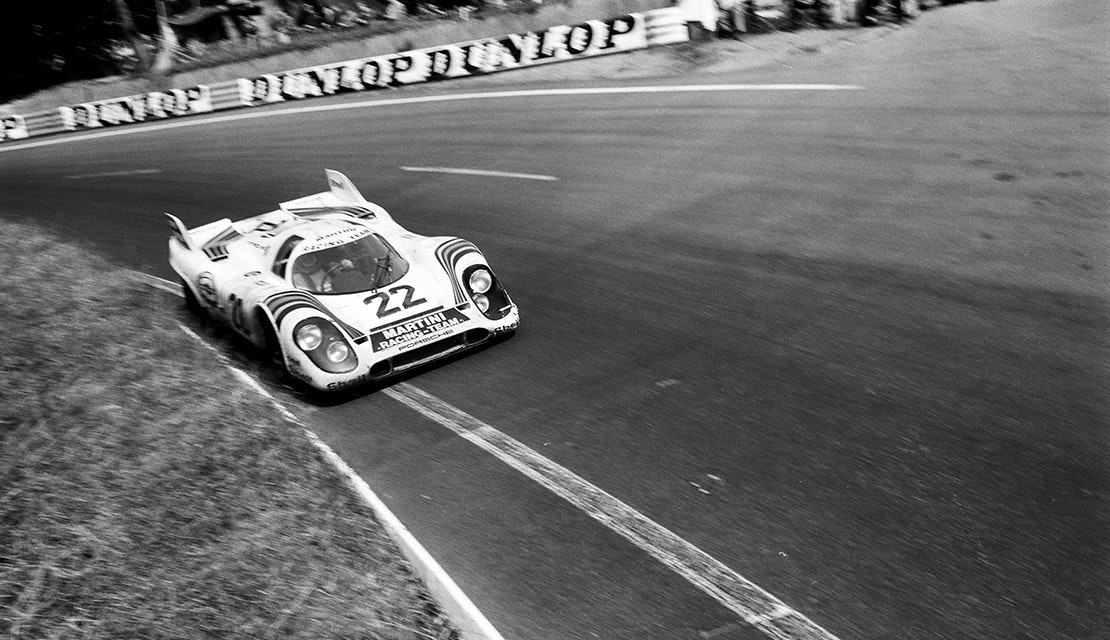 Helmut Markos racing driver career does not last particularly long. He studied law before entering the cockpit and received his doctorate in 1967. »Dr. Helmut Marko« is the correct name for the man who, for example, drives a Porsche Carrera 6 with Gerold Pankl at the 500 kilometers from Zeltweg in 1968 and a Porsche 910 in 1969. In 1970, the Martini Racing Team really got going. Fifth, for example, is the »Doctor« at the 1000 kilometer race at the Nürburgring with partner Gérard Larrousse, in Le Mans he is third with the 908 and Rudi Lins as partner.

1971 the vehicle is a Porsche 917 K, which brings only failures for Marko at first. But then comes the weekend of June 12th and 13th in Le Mans. Marko and Gijs van Lennep are assigned to the new 917 with the technical refinements. The weather is sunny at the Sarthe. There is fast driving, very fast. After the dropout of some 917s, two of the Porsche Armada still remain at the top. The one by Marko/van Lennep and the Gulf Porsche by Richard Attwood/Herbert Müller. Engineer Ferdinand Piëch cares about his cars. »One of them should slow down,« he says. When Marko hears about it, only the dry comment comes: »Good idea, but I'm not the one who's off the gas!« 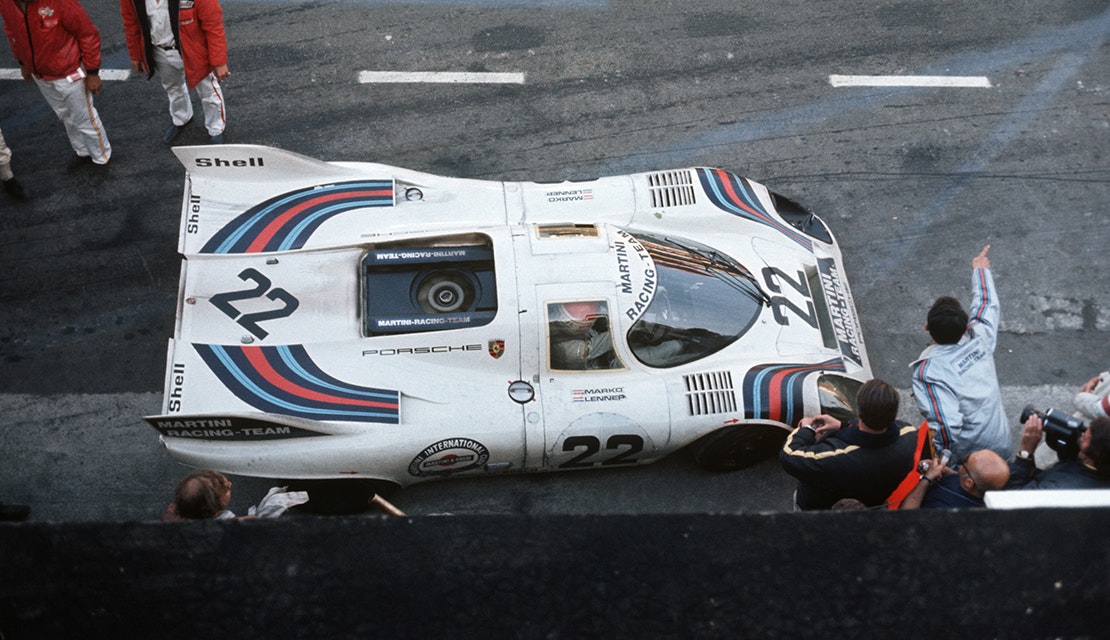 Fitter Hans Eisele lifts the huge rear hood far up during many pit stops. Klaus Bischof checks the central engine bolt located far behind the engine. Nobody knows if it’ll hold in the magnesium construction. Bischof: »With the ratchet including three extensions and two joints I didn't always find the bolt in a hurry«. And? »When I realized it was tight, it was all right. And if I didn't get that far, it was fine as well«. The bolt holds. Only once does the Martini Porsche stop a little longer. After his team mates Vic Elford/Gérard Larrousse are out of action due to a flying fan wheel, mechanic Werner Enz thinks up a construction to prevent this from happening with Markos 917. The assembly takes a few minutes. Otherwise the Porsche goes according to plan. And after 24 hours Helmut Marko and Gijs van Lennep covered exactly 5335.313 kilometers. Average speed: 222,304 km/h. It's a record (almost) for eternity. It will only be broken by an Audi in 2010. Admittedly, the 1971 lap average will not be reached for many decades, not least because of the changes to the track. In the Le Mans training of 1971 Jackie Oliver even drives a lap with an average of 250,069 km/h in the Gulf-Porsche 917!

The victory in the classic racing sport will be a stepping stone into Formula 1 for the fast Austrian. 1971 Marko McLaren and BRM are driving. For the 1972 season, Alfa Romeo engaged him for the sports car races and the BRM team for the Grand Prix. Eighth, Marko is waved off at the Monte Carlo Grand Prix. He achieved his best training result on 1 July in sixth place on the very difficult track at Clermont-Ferrand. On race Sunday Marko is on course for the the points for the first time. But Ronnie Peterson's March whirls up a stone from the side of the road that cuts through the helmet visor of the following BRM driver. Helmut Marko suffers a serious eye injury and has to end his racing career. 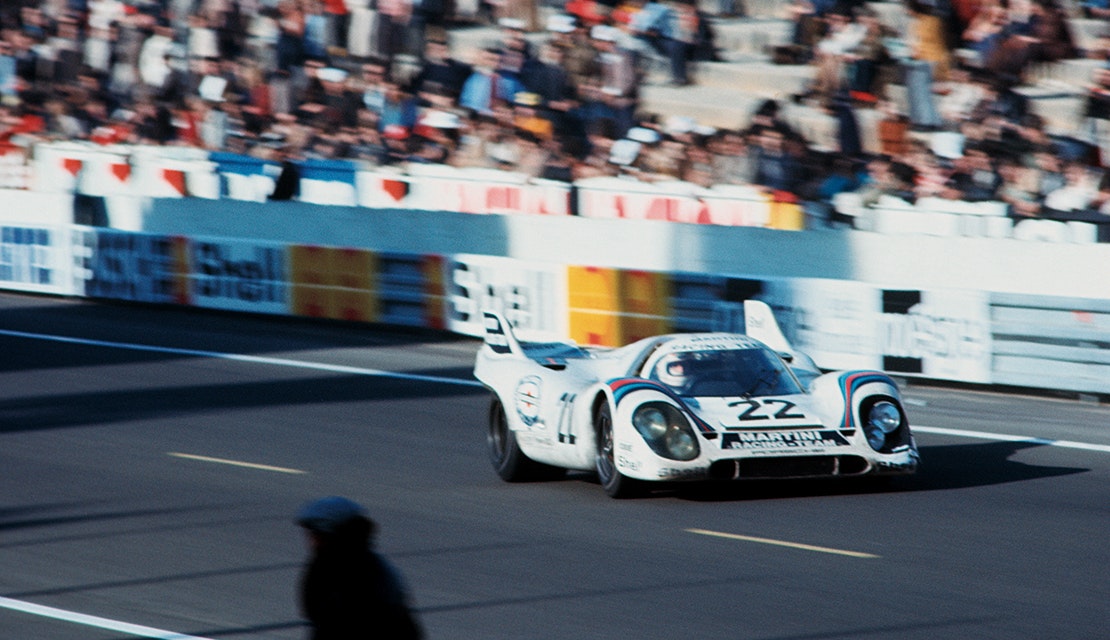 The lawyer becomes a hotelier and art collector in Graz. The connection to racing remains. For many years Dr. Helmut Marko has been the strong man in the Formula 1 teams of Red Bull and Toro Rosso. In Gröbming, Helmut Marko is quite calm when he says: »Do you know Klaus, today I hear for the first time that we drove such a special car at that time«. Then he asks if he could drive the winning car from 1971 again sometime. Bischof has to pass on this question: »No, Helmut, a restoration would take all the peculiarities away from the Porsche.« A magnesium frame is only available from Porsche only this one time. It has aged a lot and would have to be replaced by an aluminum lattice tube frame. Since 13 June 1971, this winner has never driven on his own again. 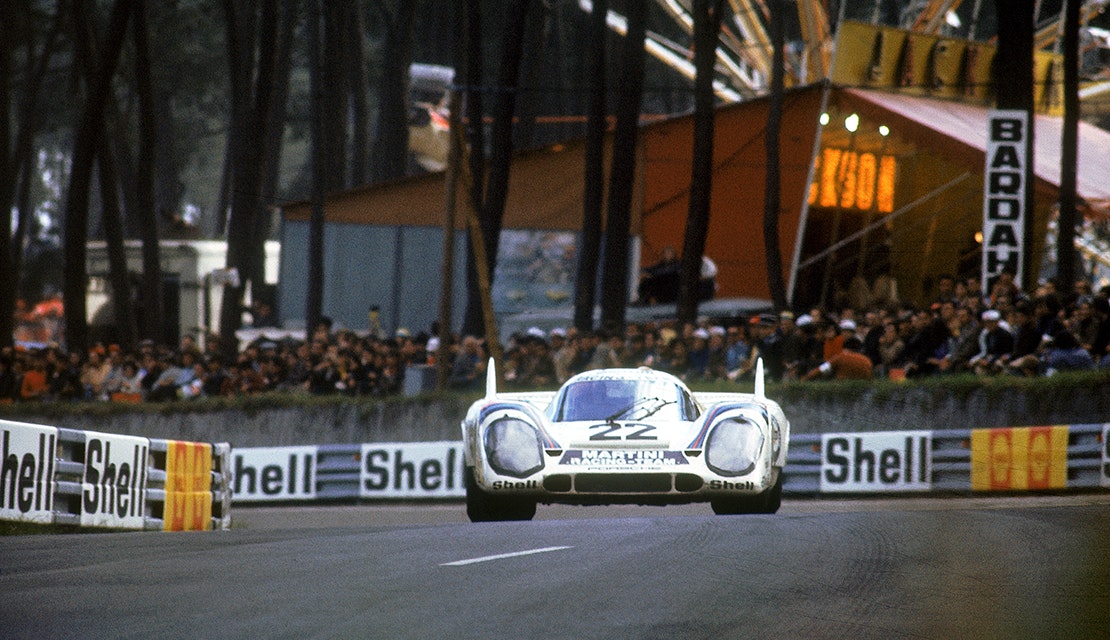