For racing driver and content creator Fabio Grosse, a Porsche is more than just a car. It's a way of life, a second home, but also a family affair. In short: the perfect car. He tells us in an interview what inspires the 24-year-old about cars from Zuffenhausen, how he came to motorsport and what connects Porsche and the Nürburgring-Nordschleife.

First a few words about yourself: Please introduce yourself to our community.

Hello, I am Fabio Grosse, 24 years old and was born in Berlin. But now I live at the Nürburgring - and live as a racing driver for and from motorsport! That's actually all you need to know about me. Beautiful and fast cars have fascinated me all my life, since childhood. And logically, the Porsche brand has always been an integral part of it. 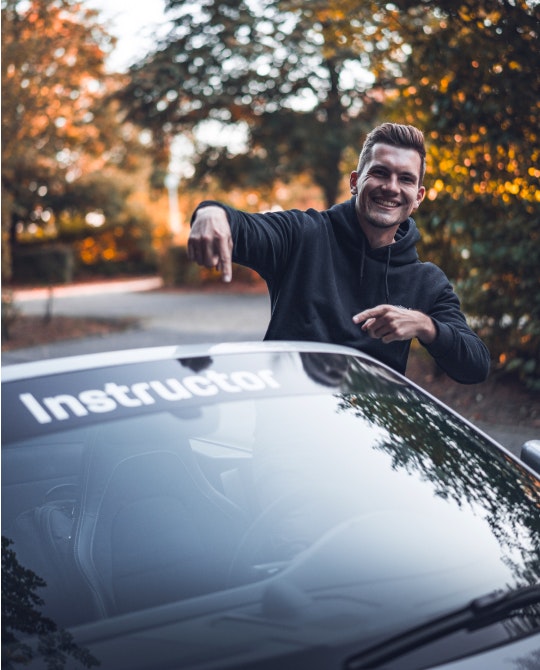 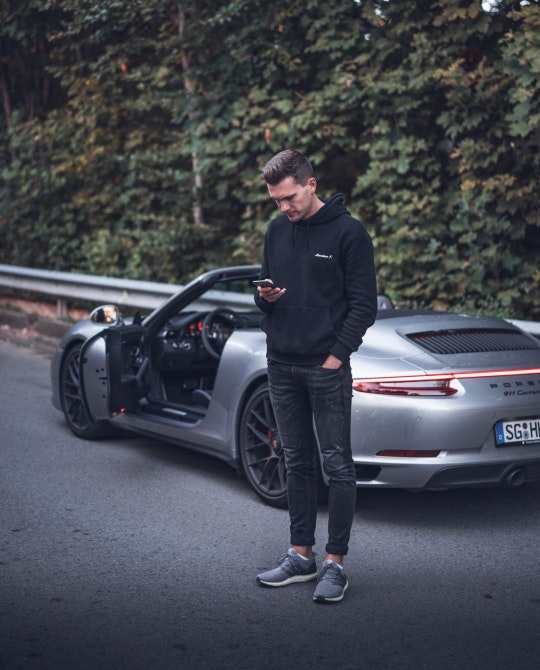 So at some point the cars from Zuffenhausen must have stepped into your life. When was that?

That was in Berlin, on the way to a kart track. There was an old G-model in front of the door: Black, probably built in 1985. It was the typical picture of a child and a Porsche. I flattened my nose on the window and of course faded out everything else. At a young age you have different cars that you like. But somehow I always came back to Porsche. My father also had this passion - that's why in 2007 he fulfilled his life's dream and bought a red G-model, also a Carrera 3.2. That was the final seal of the deal for me! 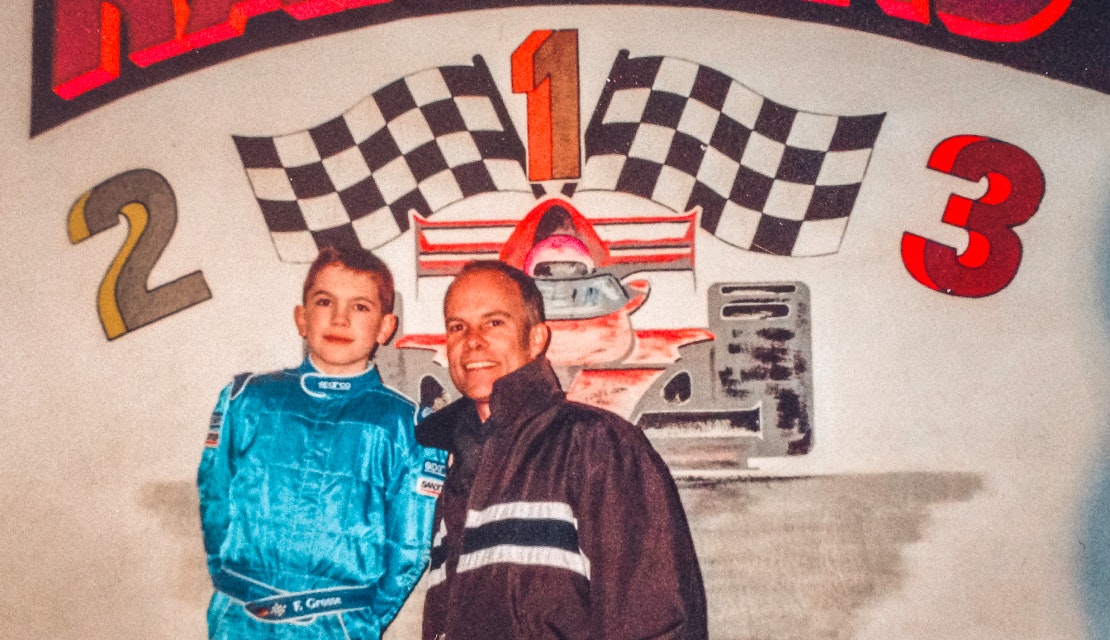 What's so fascinating about Porsche for you? How do the sportscars differentiate from other brands?

What the Nordschleife is among the race tracks,the Porsche is among car brands: you can hardly put it into words, it is something very special. The myth, the story - there is simply a great deal of love for detail in the cars. The best example is the analogue rev counter between the digital fittings of the new 992. It is also the philosophy behind the cars and in the drivers themselves: If you buy a GT3, you will drive it on the racetrack. It is not something you just park in front of the ice-cream parlour. It's just a completely different clientele, a different spirit at Porsche. 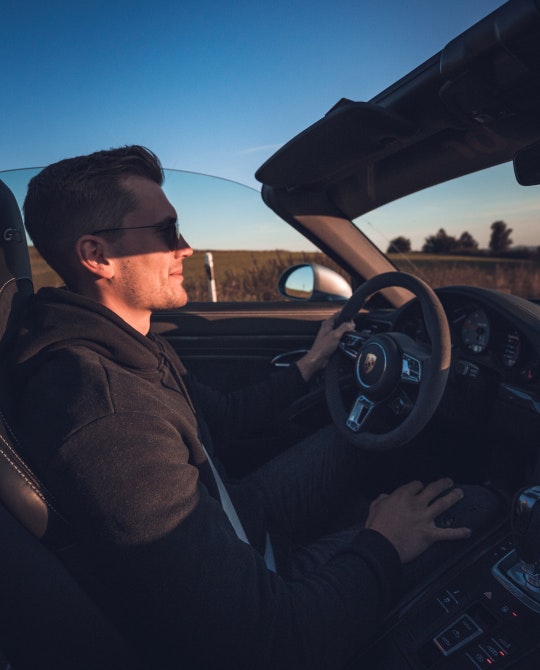 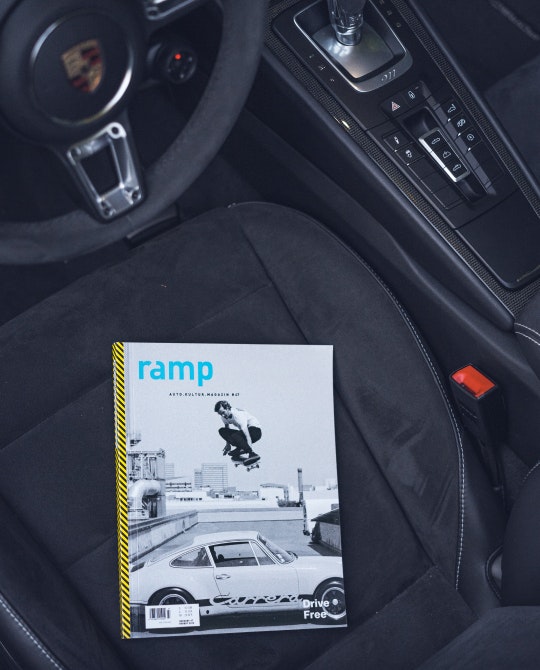 And what was there first: The dream of your own Porsche, or the dream of becoming a racing driver? 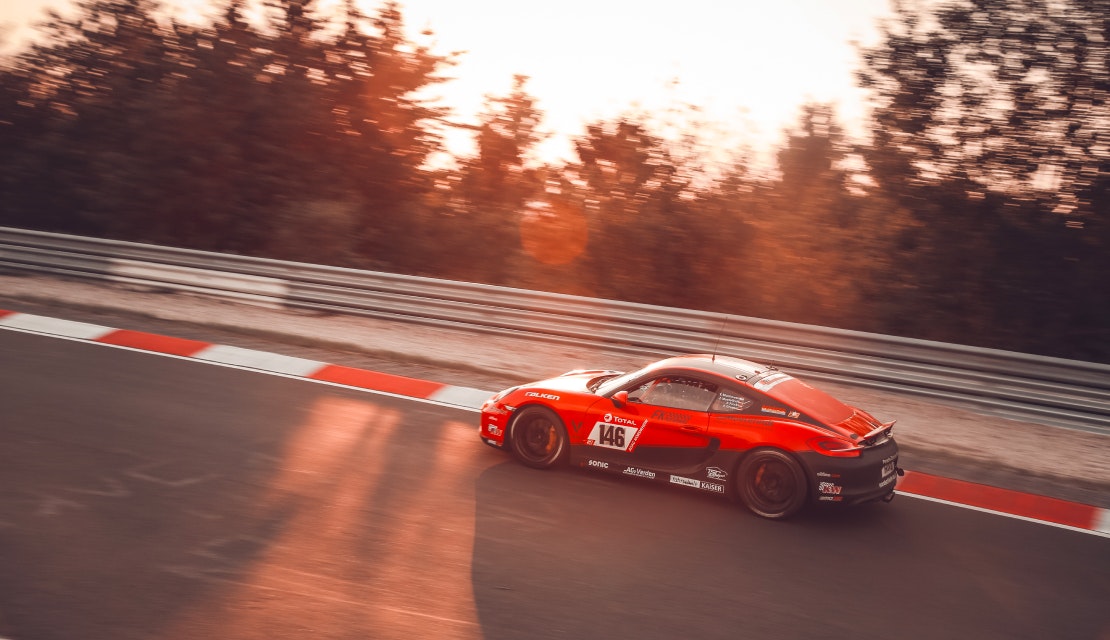 So the move to the Nordschleife was the logical consequence of your passion for Porsche?

Exactly! Four and a half years ago I moved to the Nürburgring to fulfil my dream of practice professional motorsport. On my way there I also trained as a mechatronics technician. After all, I wanted to know what drives me - literally! After working for a small motorsport company here on the Ring, I eventually became self-employed as a coach and instructor. In motorsport you must never forget where you come from - and I wanted to give something back. 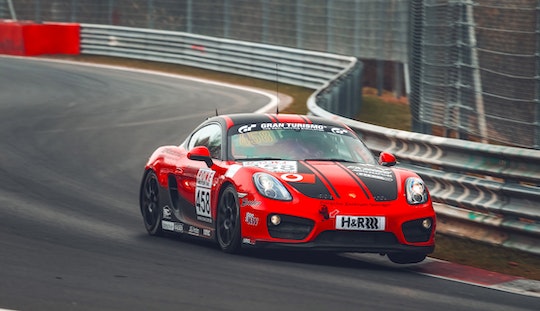 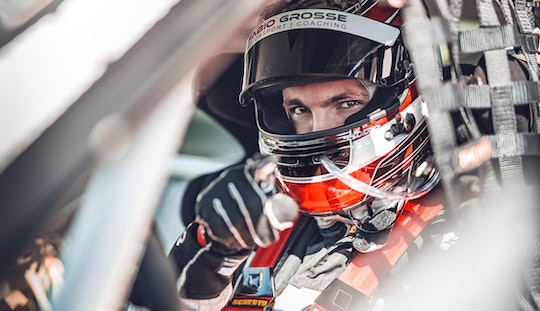 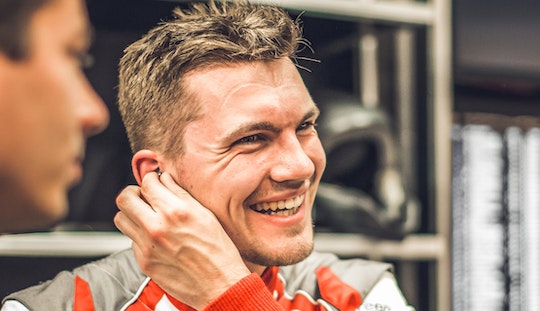 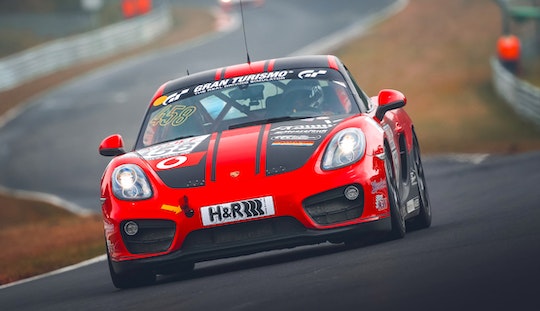 So as an instructor you surely know then what makes the perfect lap on »the Ring«?

I get goose bumps just when you ask me about the ring! The answer is actually quite simple: There is no perfect lap around the Nordschleife. On the Grand Prix circuit it works once or twice a year that you say »it was perfect«. On the Nordschleife though, it's difficult to catch a free track at all. So the perfect lap doesn't even exist there - especially not when I'm driving the VLN races in the Cayman. 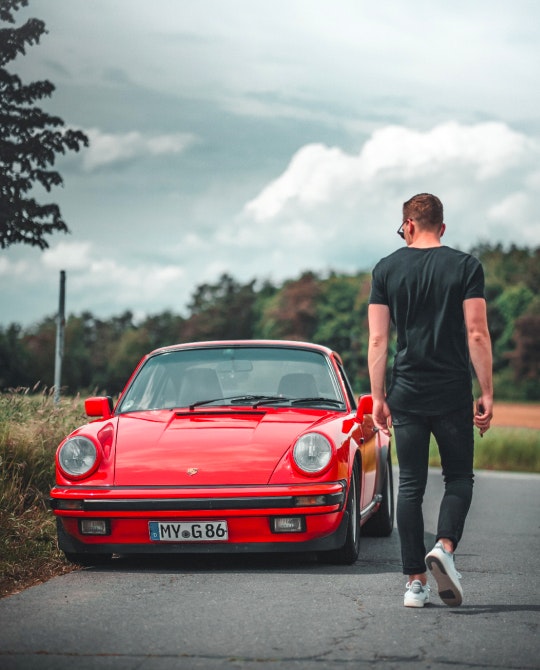 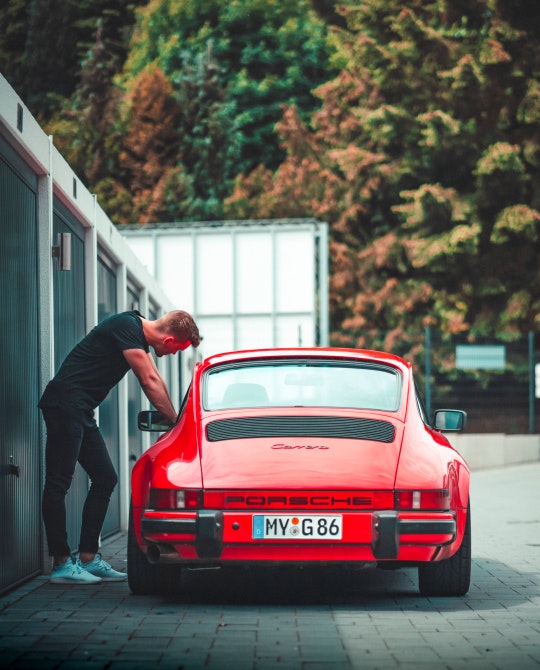 So on the Nordschleife it's a GT3 RS or a Cayman. But what's your daily driver?

One of the cars is my 911 G model from 1986. I got it from my father - my inheritance, so to speak! I love it very much and will therefore never sell it. But then there's something else: As a brand ambassador for the Porsche Center Solingen, I can also use one of their vehicles if required. Of course that's pretty nice for itself - but for me it's above all an insanely great honour to represent the brand in everyday life. 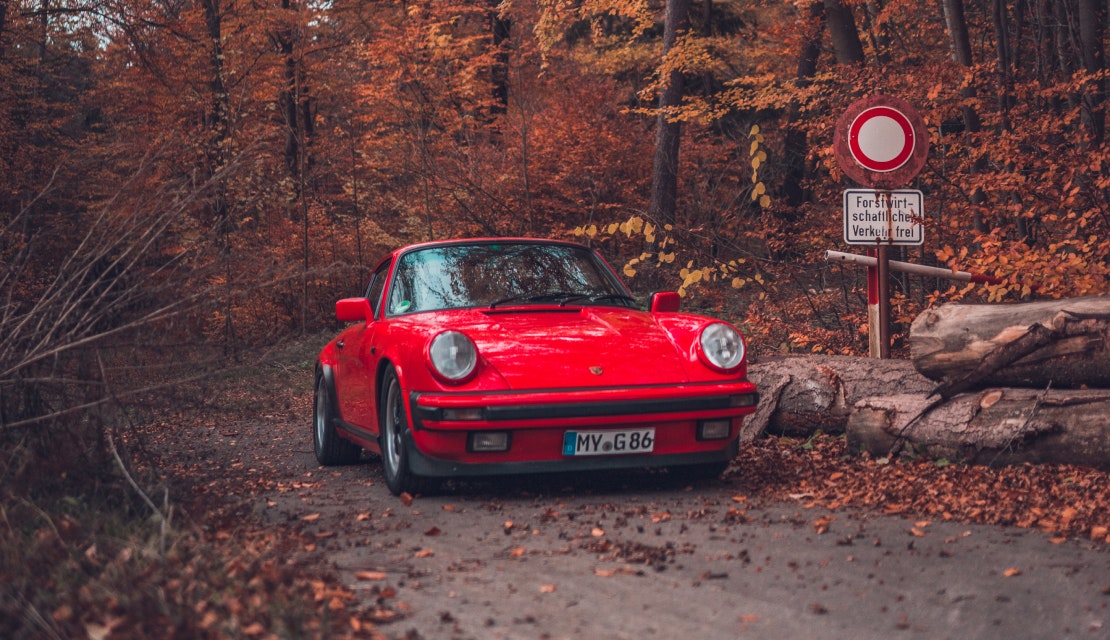 You know a few models from Zuffenhausen then. Which Porsche - whether historic or modern - would you still like to drive?

From a modern racing perspective, the current 911 RSR would of course be the holy grail. Apart from the factory drivers, virtually no drivers can get their hands on it. Of course, the 919 Hybrid is also fascinating, but the RSR is just so pure and raw - on top it probably has the best sound of all racing cars. Historically it would clearly be a 911 F model - when they were still on the circuit. The 956 from Bellof though is also incredibly fascinating! 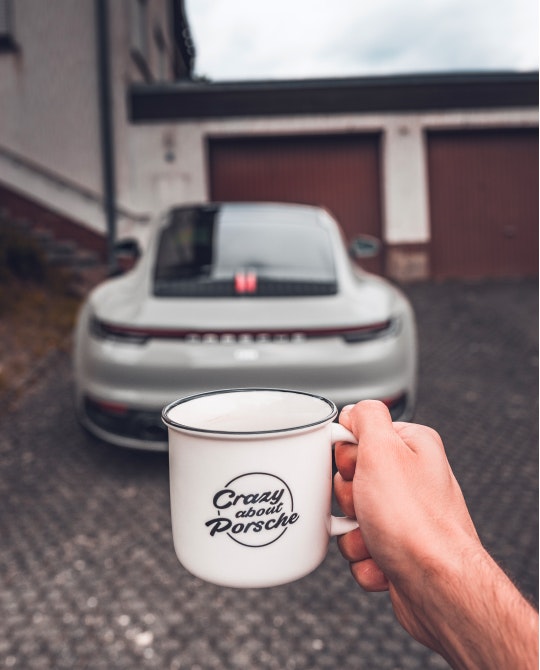 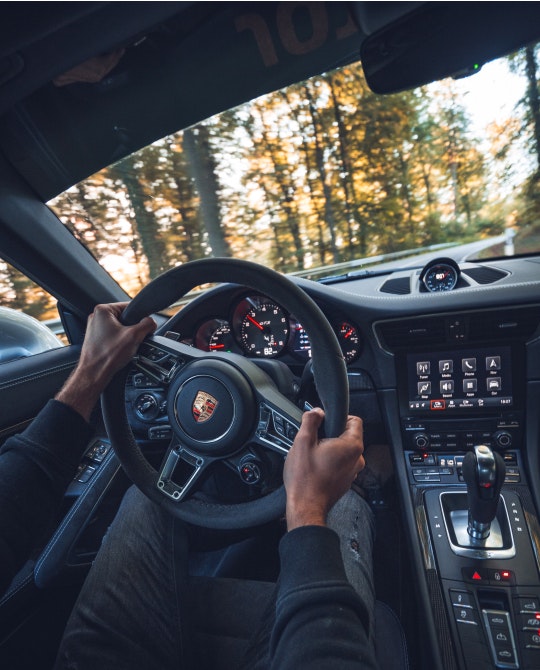 An F-model on the racetrack doesn't surprise us. But how does a racing driver move his private G-model on public roads?

In the beginning I take it easy - to warm up the the engine and get the oil temperature right. After that I'm driving so that it's fun! Of course, I then stick to the traffic rules - and leave enough headspace so that I'm safe on the road. Everything is a bit slower than in the modern models, after all we have an old lady here. And she wants to be treated with love! 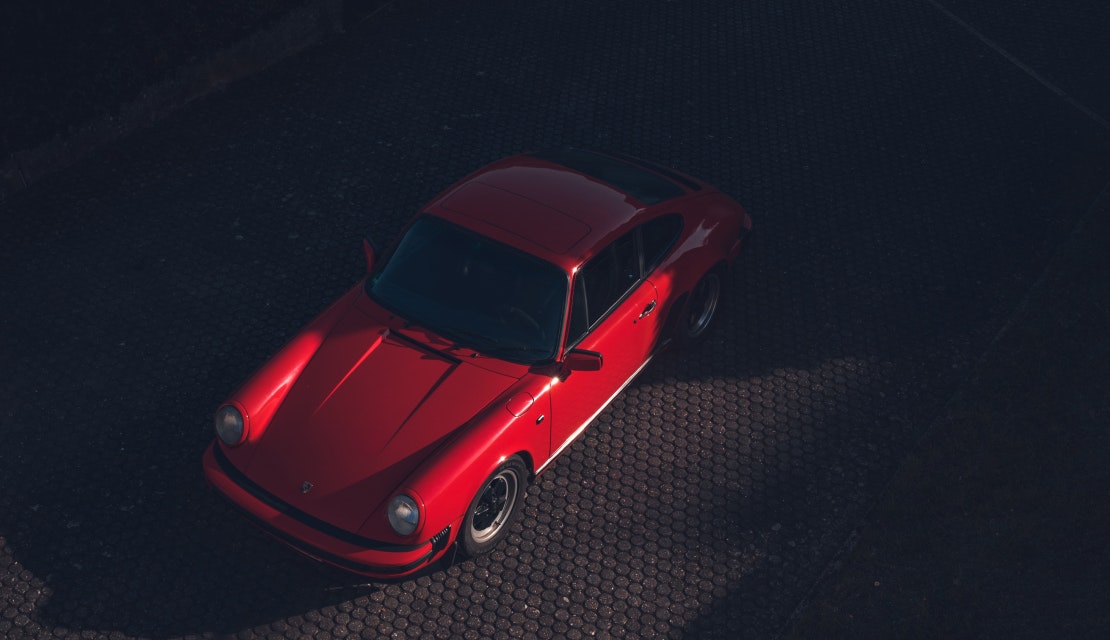 Ah, the feelings! Speaking about that, what does the 911 mean to you?

The old G-model is my everything - a memory of my father and therefore not for sale. On the other hand, the 911 is my second home, whether on the street or on the racetrack. And then it's also a way of life for me. Hopefully, however, its importance will increase even more, because my goal for the future is to work directly for the Porsche brand at some point in the future - for example as an instructor at driving events for the Porsche Driving Experience.