A digital expert with a mechanical love-affair: Apart from a flat six and plenty of style, what drives @samizdatbe? We caught up with Belgian Porsche Enthusiast and entrepreneur Pierre-Philippe Hauteclair. And talked about his special nickname, what the new media specialist can learn from a 911 – and why converting a G Series to an EV isn’t actually a sacrilege.

Hello Pierre-Philippe, most people know you by your Instagram name @samizdatbe. What does it mean? And who are you? Please introduce yourself!

Basically this nickname is about whom I am. I can‘t hide my passion for technology and »Samizdatbe« unsurprisingly originates from my first activities as »techie« in the late 80s: I was a student and started swapping games all around the world. In one of these, there was a funny character named» samizdat«. I liked it and thought this might be a good nickname. With it, I wouldn‘t share my first name and it seemed way easier than „Pierre-Philippe Hauteclair“. In order to make it more recognizable I added the abbreviation of my home country Belgium – and that’s how it got „samizdatbe“. My profession though isn‘t described as easy as my name: My playground and specialities are digital marketing, live communication, connecting people both online and offline and bringing fresh ideas to the table. On top, I also worked as a Web Architect. 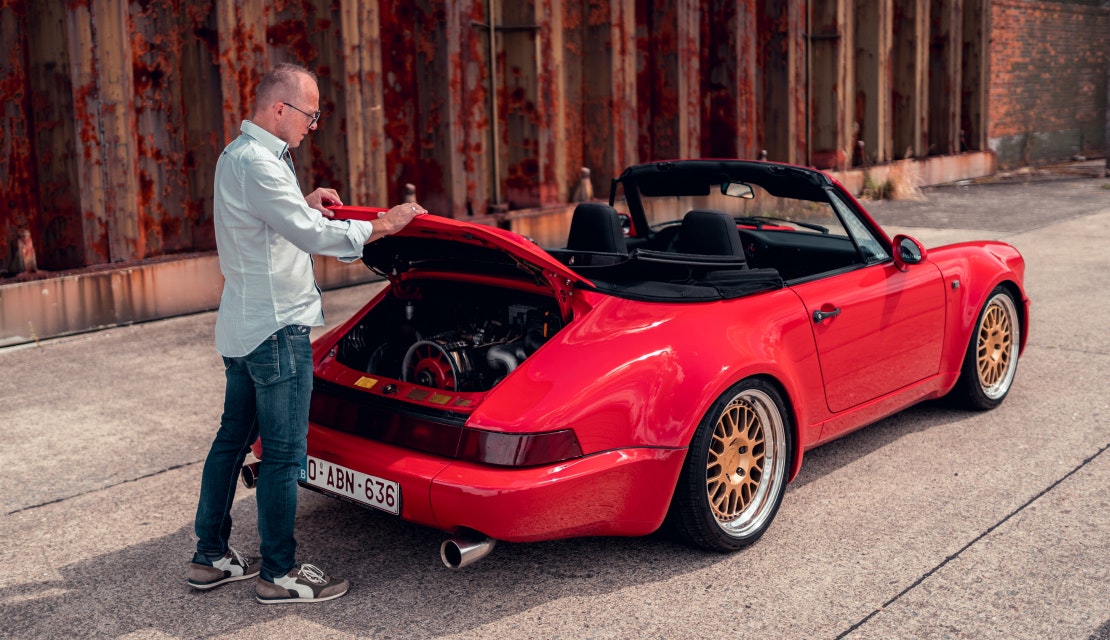 What can a digital expert like you learn from a mechanical 911 then?

Everything! It teaches me about heritage and continuous evolution. Tradition and innovation was kept in the whole evolution of the 911: just as we saw again with the recent launch of the 992. It nicely combines some fancy things from the past and digital innovations from today. This vision and the perseverance of Ferry Porsche building the car of his dreams is also a great inspiration for me. It tells entrepreneurs like me that dreams can come true.

Why do so many creative minds like you drive a 911?

No matter if old or new, the 911 remains a cool, highly photogenic, fun machine that connects with you. And one can adapt it to his style: Just look at the extremely awesome projects from RUF, Magnus Walker, RWB and Singer. To put it short: The Porsche 911 is arguably the greatest sports car ever. 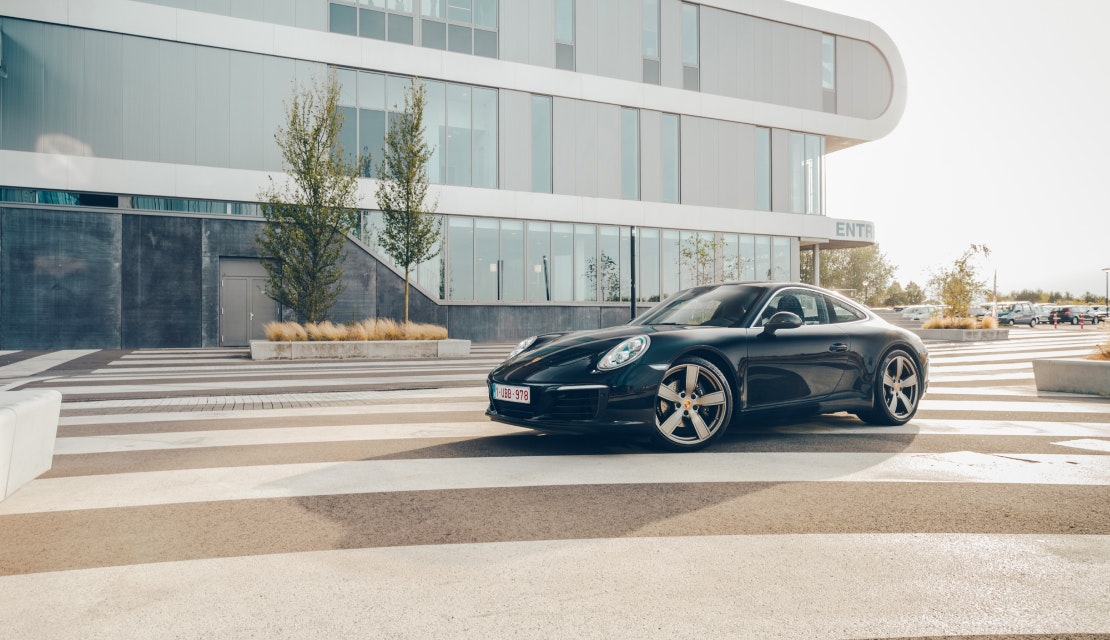 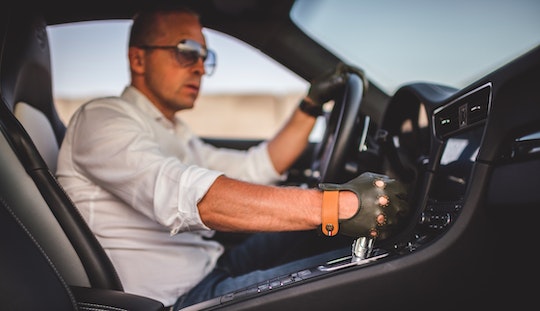 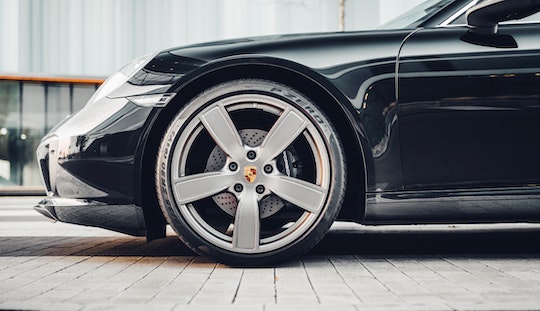 What is your personal story with the Porsche brand?

For that, we need to go back to the mid eighties. I was a student with a dream to buy my first car at that time. Coming from a largely self-employed family, I was raised with the philosophy that nothing comes for granted in life. So if one thing was crystal clear to me at young age, it was that I needed to work as much as I could in order to buy my first car. As a result, I alternated spare hours between working in the family’s grocery store and covering the nightly program of a local radio station during my high school years. However, I was still far away from buying a Porsche. I managed to save up for a VW Beetle. Ironically it was that exact that car that sparked my passion for Porsche, since it enabled me to take my first active steps into the car scene. I remember driving it to several meetings where many air-cooled cars came together. The big trend back in those days was to modify Beetles using Porsche parts. I was young and inspired, so the first thing I wanted were Porsche parts for my own Beetle. The desire to modify my Beetle with Porsche parts finally lead me to contemplate the purchase of my first Porsche – instead of sacrificing a Porsche for a beetle. 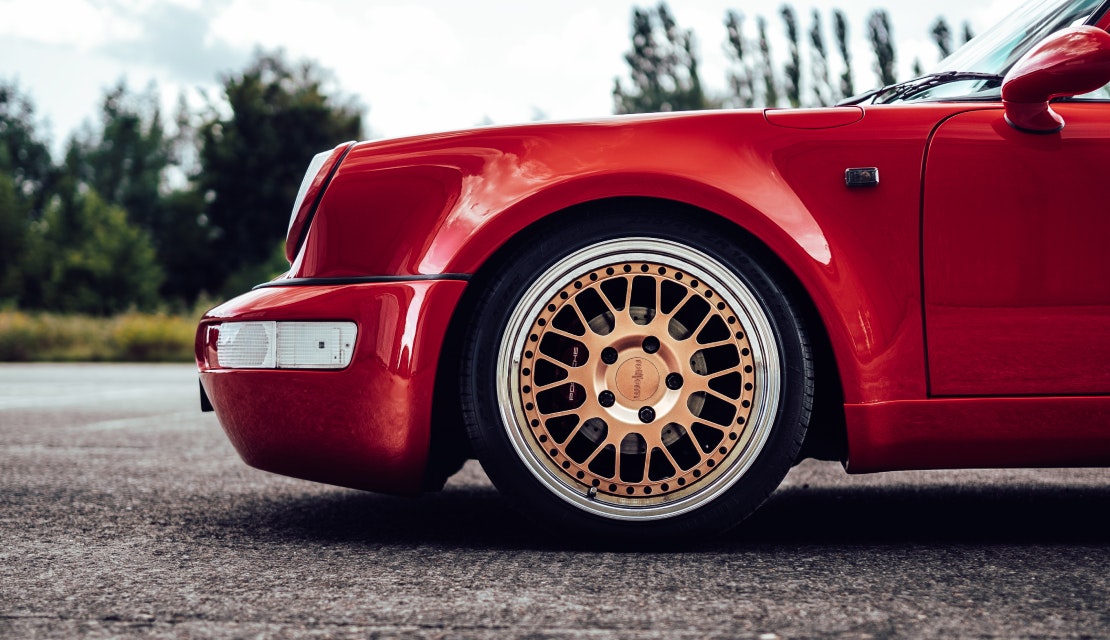 Back then, I was regularly working at a local car repair business in Germany over the summer. It must have been in the late eighties. That’s when I first got to see »Red«. I remember being absolutely impressed. Once I heard about the owner’s intent of selling her, I couldn’t think of anyone else buying it but me. I just had to own her. Unfortunately though, owning a 911 was still out of reach for me at that time. Having sourced the 944 in Germany I actually made some money off of that deal. And in consequence, I used it to buy another 944 Turbo which was an excellent car and using the same leverage. After that episode, I traded this particular 944 for other 944s – until I finally managed to have the budget to afford a 911. 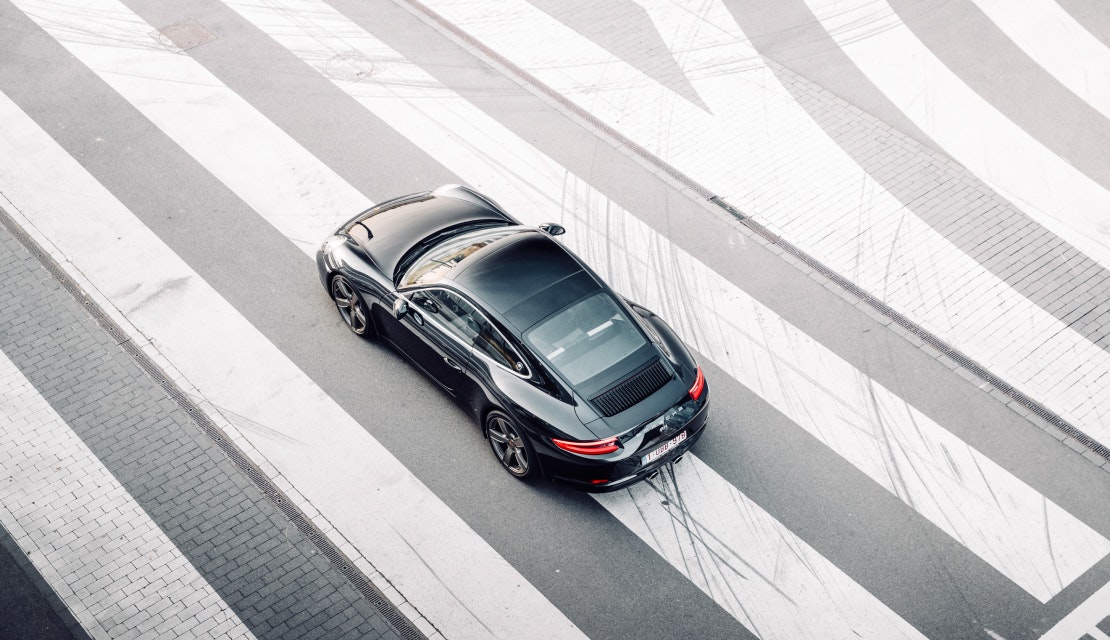 Which Porsche model do you currently drive? Do you still own „Red‚“?

My daily driver is a Jet Black 991.2 Carrera. I drive it the whole year, also in winter. Occasionally and mostly in summer, I still drive my Classic 911 called »Red«. I like spending time with this car and love joining meetings with it. It’s about the good memories I have from the past with this vehicle. And of course driving with like-minded people. 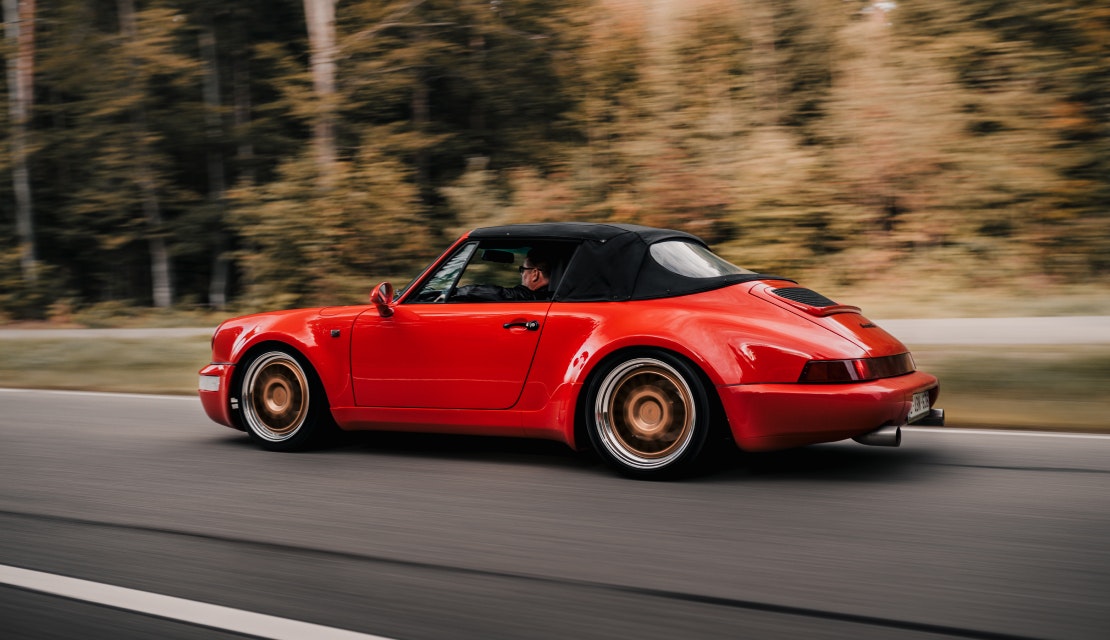 When you’re out with the crew: three indispensable things that you take with you on every ride? 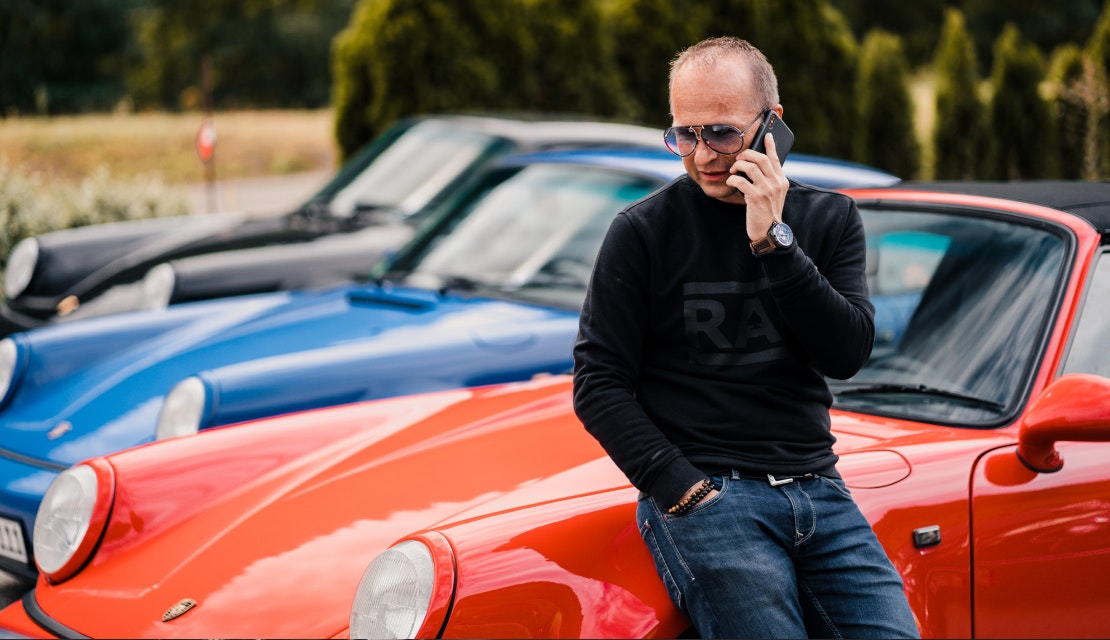 You write that your 911 named "Red" is an outlaw. What makes it special?

It’s hard to call it by its right name! Some people are harsh and call it a kit car (which I hate). In reality, it’s just a car with a pretty eventful past. Originally it’s a ’84 G Series Carrera 3.2L convertible finished in Guards Red from Germany. A few years later, the all-new 964 was introduced. And that prompted the owner, an elderly widow, to carry out a full conversion of her G series to the latest 911-look. What she did not expect however was that the car came back with a ‘werks turbolook’ (WTL) body. She didn’t like the end result and wanted to sell it immediately after taking delivery. When I bought the car, I made some additional changes to it. For example, I fitted other wheels, a different exhaust system, tweaked the engine, changed the interior and a lot more. Purists might now be yelling and consider it as a crime. I considered several times getting it back to its original state myself but finally decided to keep it as it was modified with all the good memories from my student’s life. 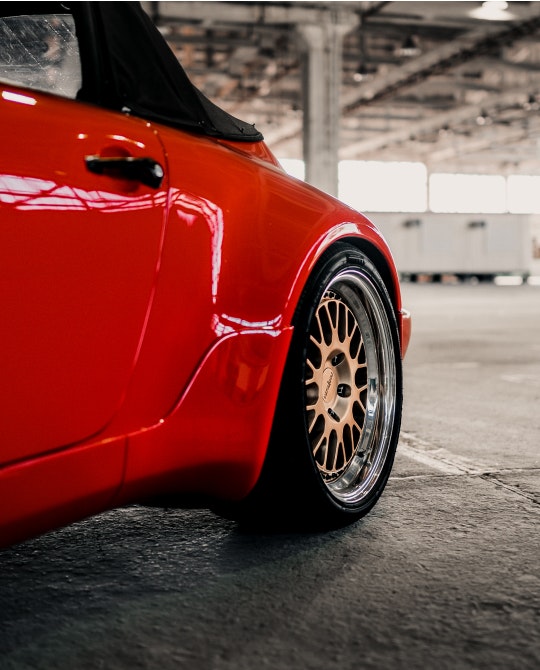 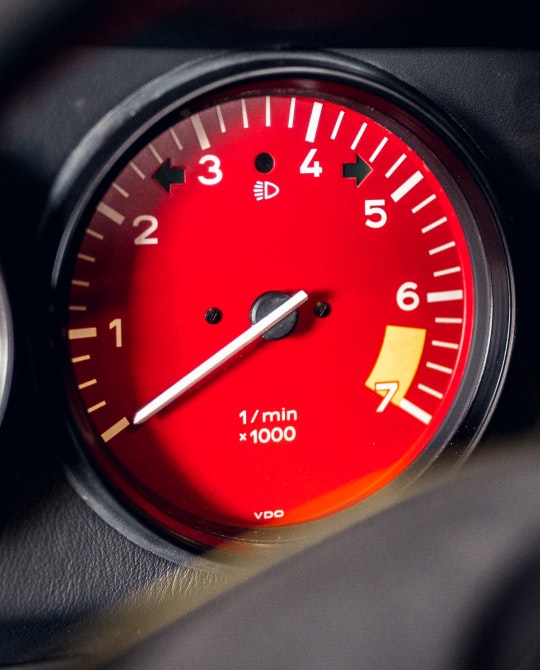 From these good memories let‘s to a look into the future: Why do we still need six-cylinder boxers in times of digitalisation and electric cars?

It’s hard to me to think the boxer engine would disappear. Since the 356, Porsche has gone for an internal combustion engine with horizontally-opposed cylinders. This type of engine made the 911 the fabulous performing car it has become. I’m wondering how digitalisation could completely replace the mass-balance as it’s interacting nowadays in the boxer engines. But the future of Porsche will more than surely surprise us. Like the Taycan and all the positive feedbacks you hear about it, for example. Personally, even if the Taycan convinces me of being a must-have car, I’m not yet ready for a full electric 911. 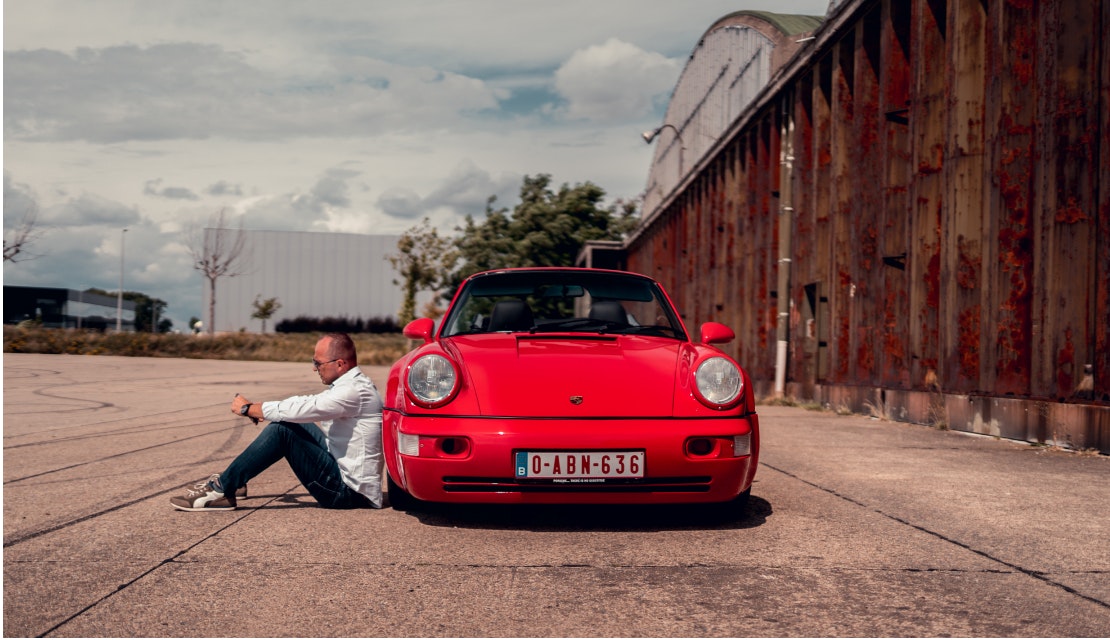 But you wrote that your son considers converting the classic 911 to an electric motor at some point. Why isn't this a sacrilege and does the electric drive fit Porsche as a brand?

My youngest son is already a big fan of the 911. One day, he wants to own a GT2RS and would love to drive RED when he is older. My son is part of the new generation (being only 12 years old) who is »configured« with the vision that cars are linked to pollution and older vehicles should stay outside the towns. Being a huge fan of RED, he is willing to transform her into a EV to further enjoy the car when he will have the possibility. A Sacrilege? I honestly don’t know. I only know I’m not the one who wants to own a garage queen and look at it only with souvenirs from the past. I want to drive it! 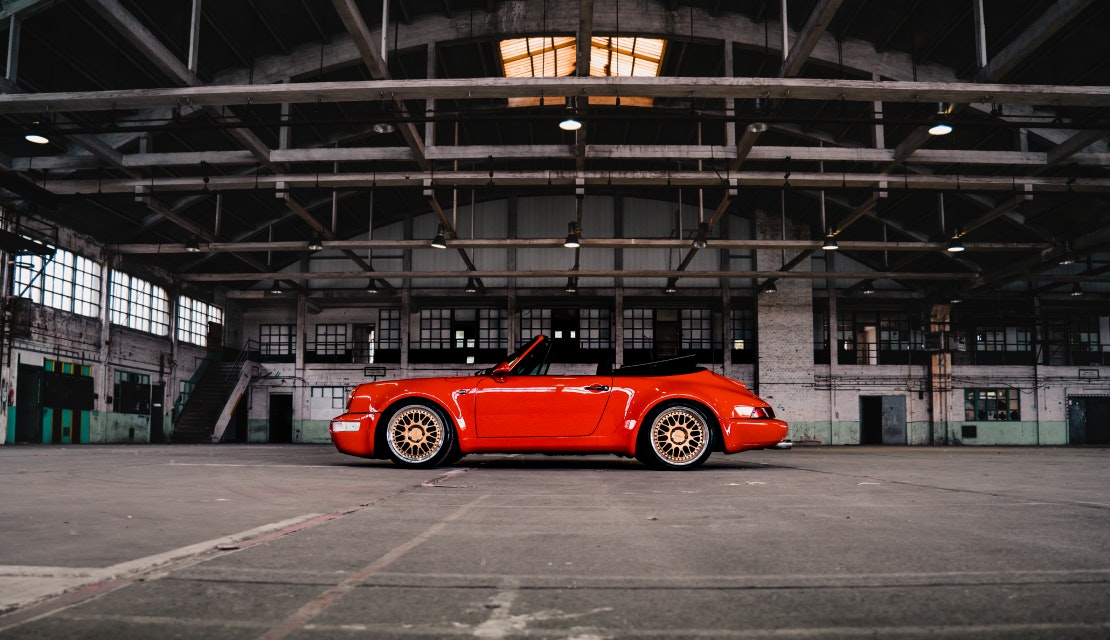