Dreams are made at Home: Five dream garages

The imperative these days: Stay home. And make your own dream garage a reality there. Under the hashtag #DreamsAreMadeAtHome, Porsche recently called for exactly that. We are happy to join in - and show five automobile-style accommodations where one would currently like to stay. 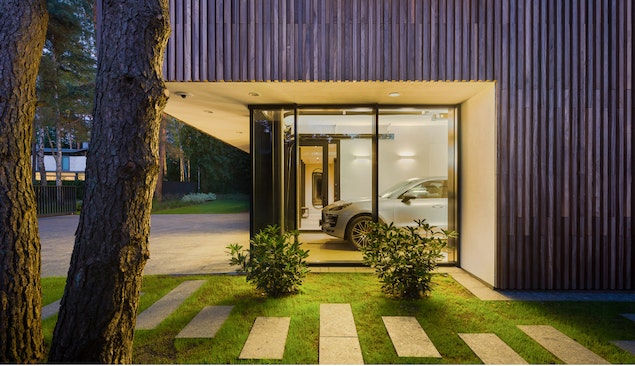 We're straightforward: The clear edges of the »Smilgu House« in the Lithuanian capital Vilnius are simply pleasing. It's no wonder with the elegant wooden façade and its large glass areas and the layout that maximizes the living space. Only logical that, with the Macan, the walk-in garage houses a car that combines design and functionality just as appealingly. 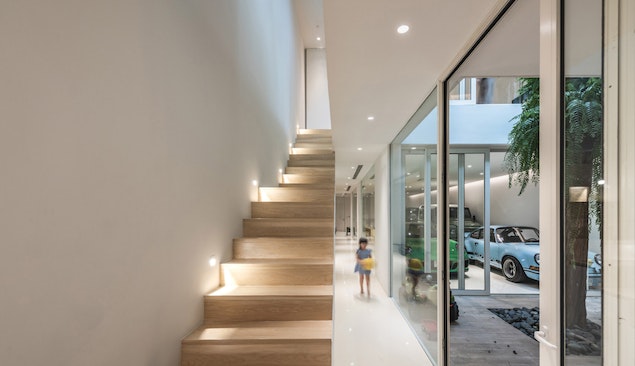 Back to the basics is always a good resolution. Even better when the resolution becomes reality. Like the »Basic House« in Bangkok. In its design it dispenses with everything that is unnecessary. The garage, of course, remains the same and even forms the center of the building. The car collection there, in turn, revolves around an original 911 in the rare 2.7 RS version, a green 911 of the 991 generation and several other iconic vehicles. 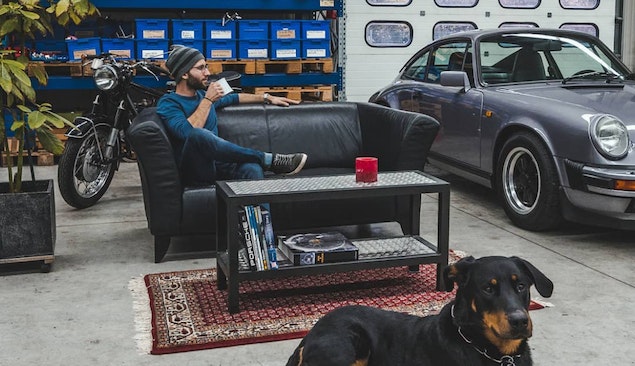 You don't have to do it like Steve McQueen and move into the hangar with your wife and your own plane. A G-series 911 and your own workshop are at least as good. Without air conditioning, but with air-cooling, sofa and dog, the rather functional accommodation is in no way inferior to the ordinary living room - in fact, it is somehow superior to it. That is also how Felix from »Soulful Machines« in Jülich sees it. 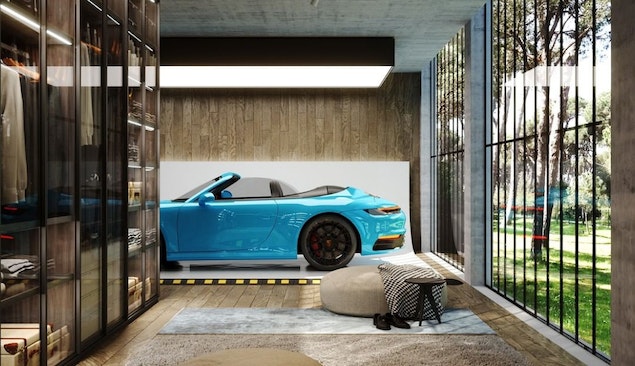 It also works the other way round: Instead of moving your own living room into the garage, the »Supercar Capsule« allows you to bring your own garage into your living room. At least that's what the company of the same name from the United Arab Emirates promises. And it's opening doors: we too can't ignore the simple, elegant architecture coupled with an open 911. 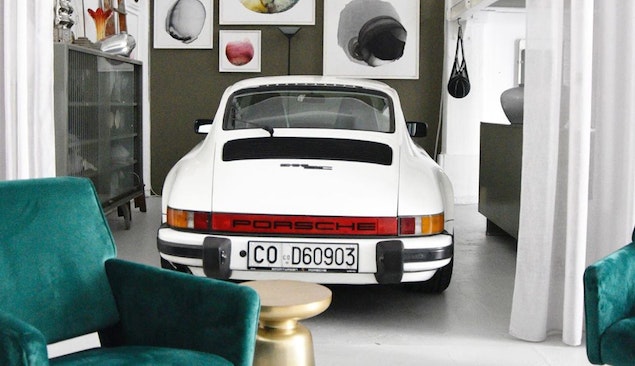 Office is where the 911 is: The designer and interior designer Tomasso Spinzi has simply integrated his white 911 SC into the rooms of his Milan agency. If you can't currently work behind the wheel, then at least in close proximity to the G-model. And that certainly not only serves as an eye-catcher, but also guarantees creative inspiration. A really good colleague, this 911.