Starting in October, startup founder Florian Weber will be offering automobile classics as design sculptures made of paper that you can assemble yourself. We visited the man behind »Paperlegend« at his home in Stuttgart, where he explained to us how this idea came about and what he actually intended to do.

It hums and beeps from Florian Weber's bathroom. Where one normally suspects a Shower, there is a cutting plotter of about two square meters with a tangential knife and does its job happily: He marks the black sheet of paper with white marks and then cuts the shape of a hood into it. This is where the »Whale Tail« is being created, one of five paper sculptures that can be bought and then assembled.

This is the business idea with which the former interior designer is now starting his own business. His startup is called »PAPERLEGEND«, his mission is to make the subject of car sculptures more accessible to car lovers. »In the car sculpture market, entry-level prices of 500 euros are common. There are no upper limits. This is due to the fact that they are mostly handcrafted, which makes them very limited. By using high-quality metallic paper, my sculptures remain affordable - and it's simply a great feeling when you've finished assembling a sculpture,« Weber explains. 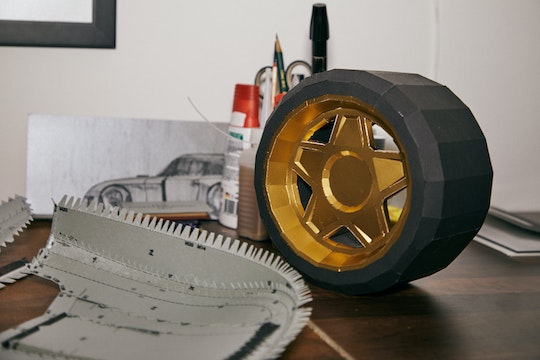 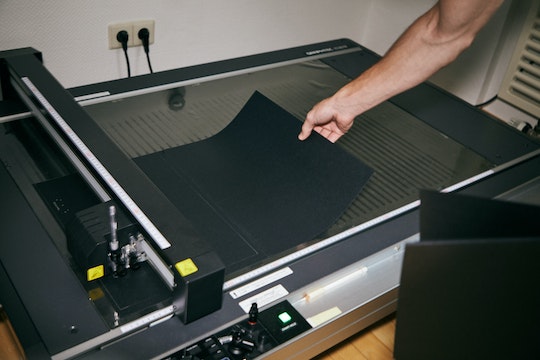 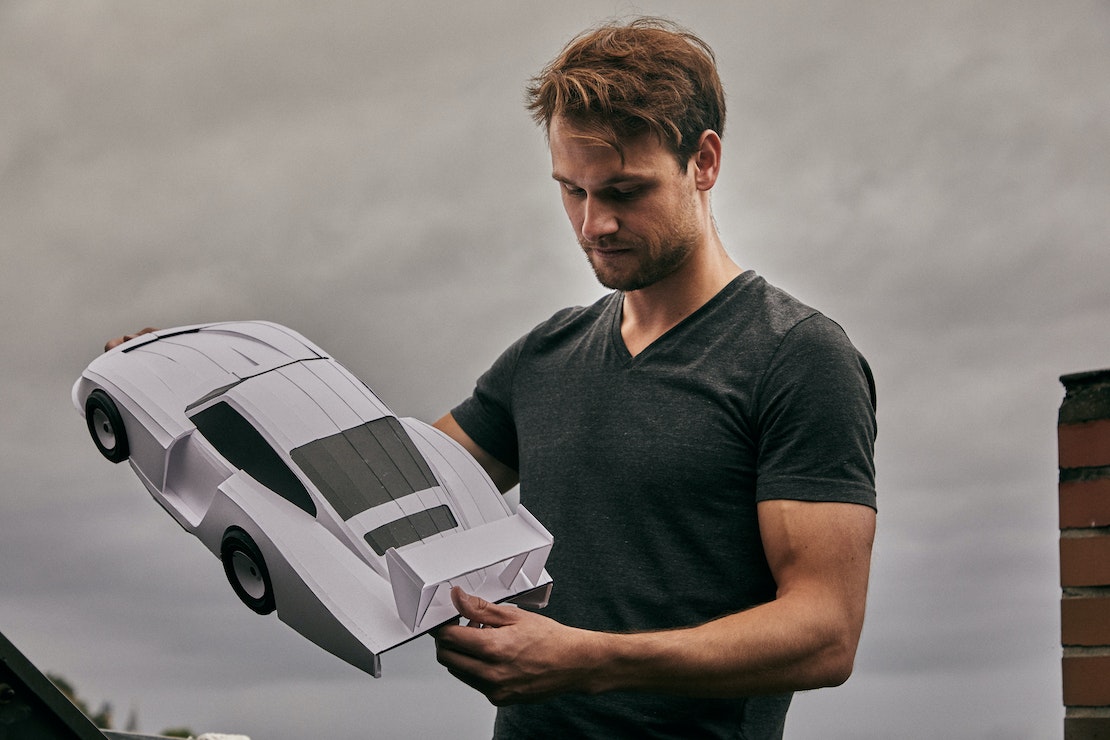 The Berliner studied Transportation Design at the University of Applied Sciences in Pforzheim and then spent four years designing interior components for Porsche: »Since the beginning of 2018, I have been building automotive classics as design sculptures made of paper on a part-time basis. The vision of founding PAPERLEGEND became clearer and clearer and I thought to myself: If I don't do it now, then I'll never do it.« Since the beginning of the year, he has been taking care of this project as a one-man show, developing business plans, writing press releases, shooting videos, marketing his idea at Instagram, designing prototypes and even producing the kits at home - hence the cutting plotter in the bathroom.

The idea came to the 28-year-old while he was working on something himself: »Back then, I bought and built the paper kit for a shark. I used to do that in the evening one or two hours after work. It was great to come down and switch off.« At some point the shark was done and Weber decided to switch from predatory fish to automobile icons. »I had searched the Internet for kits, but the instructions were confusing and small, cutting out the parts was annoying. So I decided to design something myself. Something reduced, artistic, that clarifies the great gestures of the cars.« And something you can hang on the wall afterwards. Because the sculptures weigh no more than 500 grams and are easy to mount. 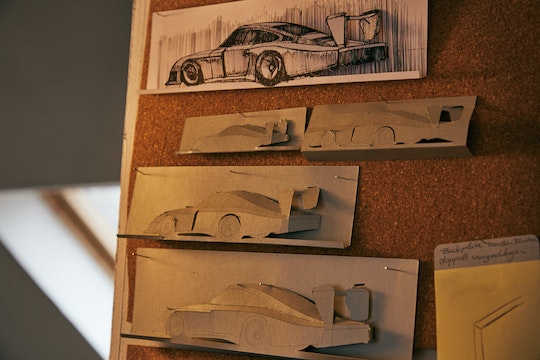 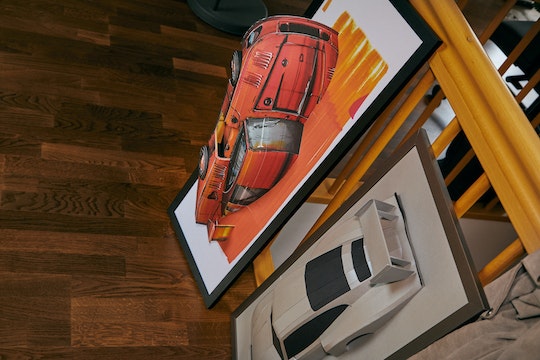 When Weber designs a sculpture, he starts out like any car designer, sketching on a piece of paper and considering which shapes he can emphasize more clearly: »Here a larger rear spoiler, there slightly larger tyres - the classic designer tricks,« Weber explains. As soon as he is happy, he converts his drawings into a CAD model and creates the cutting patterns through a process: »You have to imagine this as if you were unfolding a cube. Just a bit more complex.« Then he creates the clear layout with gluings and instructions, assembles the models himself and improves them if something doesn't quite fit.

His cat Chevy (»Yes, it's also named after a car!«) sometimes keeps him company, his roommate and best friend Pete also joins him now and then - he is also a designer and works for Mercedes-AMG. »We're already very creative roommates,« Weber notes, as he glances over the Star Wars poster at the door, the design bibles on the bookshelf, and his desk covered with scraps of paper. 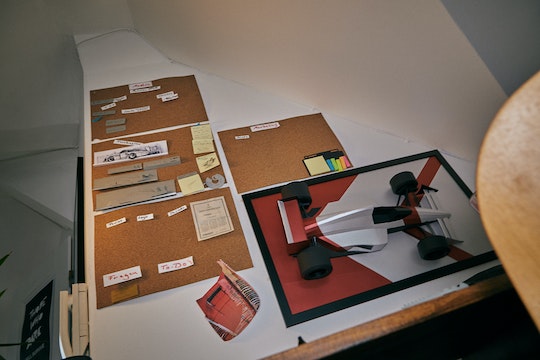 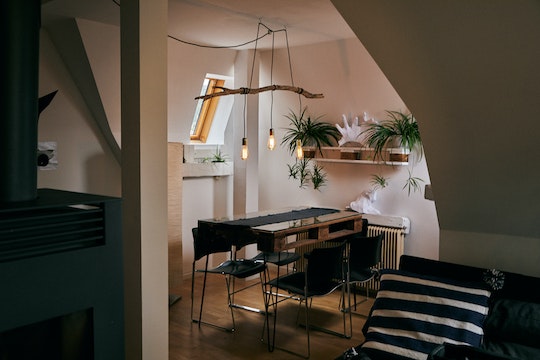 For licensing reasons, Weber may not use the official names of the cars that inspired his models. But let's be honest: Real car connoisseurs can quickly figure out which icon they have just assembled using the kits in conjunction with the names »Whale Tail«, »Off-road Defender« and »Rally Legend Gruppo 4«. The ideal hobby (and afterwards the ideal decoration) for a modern Petrolhead, Weber finds. In order to live up to today's zeitgeist, he also considers the aspect of sustainability: »A tree is planted for every sculpture sold.« This is achieved through cooperation with a start-up company that specializes in tree planting.

Weber is already thinking in larger categories for the future as well: »If things get off to a good start, an entire community could be founded on the basis of the sculptures. A platform where people meet who like to do handicrafts and others who might like to have the sculptures but don't have the time or the desire to assemble them themselves. « In the future, he also wants to offer a kind of configurator with which you can select different colors, race paintjobs and the type of rims and other additional details. In this way, customers can create individual sculptures. In addition, he listens to the wishes of the community and determines which icons are most popular and should be interpreted as paper legends.

»But for now the launch at Kickstarter has to work,« Weber hopes. The crowdfunding campaign will start on October 10th. From then on, interested parties will have the opportunity to buy one of his models and thereby support Weber in his business idea. The founder promises: »The buyers of the first 225 models will receive their product by Christmas at the latest - so it would also be a nice gift idea.« Until then, the cutting plotter in Weber's bathroom will ensure that a unusual gift lies under the Christmas tree of the car and craft fans. »I don't know if I'll ever get used to this sound,« Weber says, shrugging his shoulders and slamming the bathroom door. 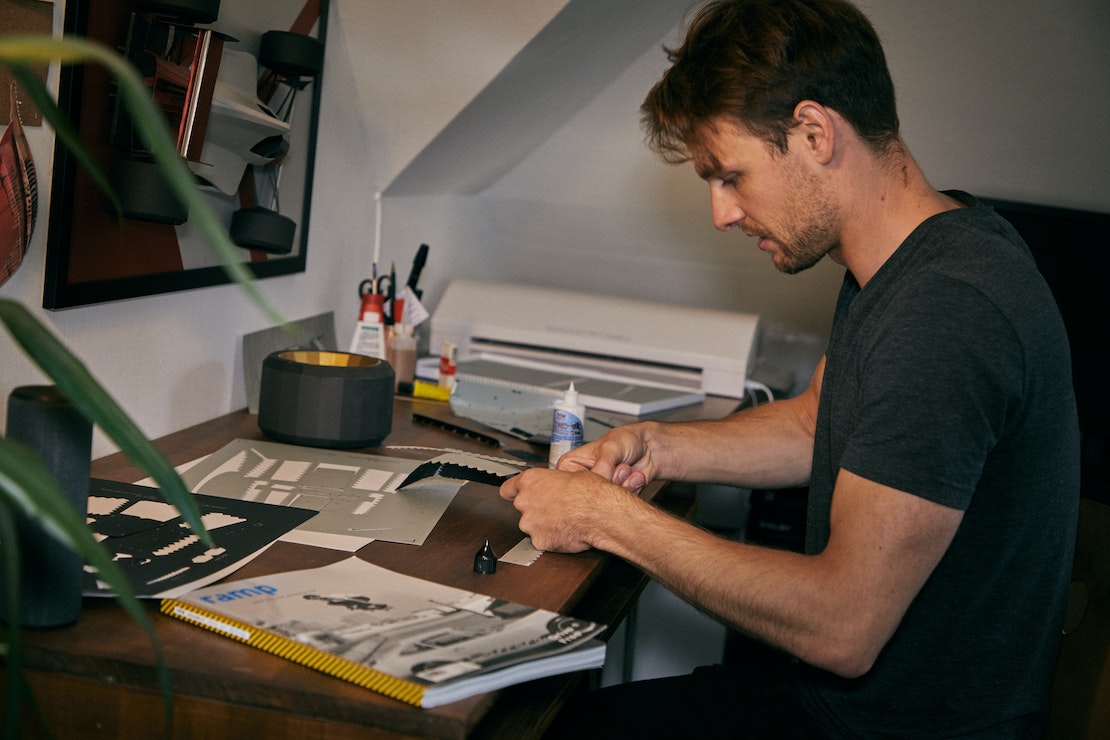