Holes in the body: Are mostly unwanted and actually natural enemies of aesthetics. But if they're in the right place, they can look pretty good. The proof? Delivers Daniel Arsham with the somewhat different sculpture of the Zuffenhausen style.

Daniel Arsham moves freely between art, architecture, performance - and above all in time. In the intersection of these influences, the American artist reinterprets the everyday and takes it up with familiar patterns of perception. His view of the world: that of a future archaeologist who discovers gracefully aged cultural objects. Modern objects follow his call of transience, a touch of dystopia, but above all of aesthetics. Arsham has proven that this recipe works since 2008 with the design studio "Snarkitechture", which he founded together with Alex Mustonen. There, perception is literally broken by seemingly broken but functional everyday objects and large-scale installations. 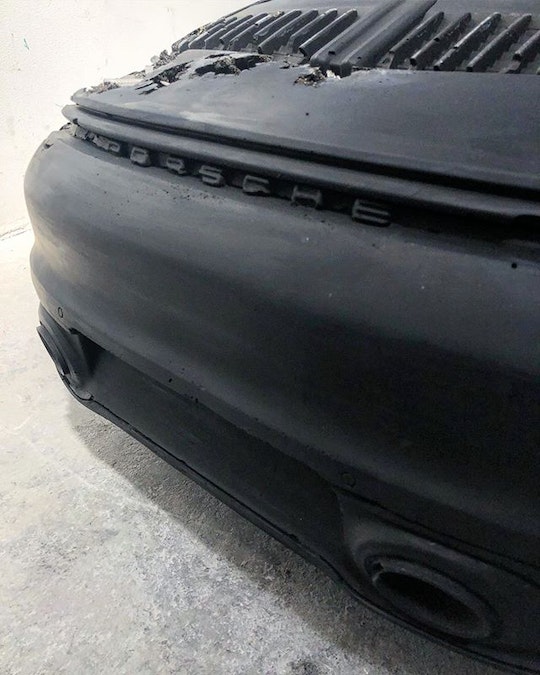 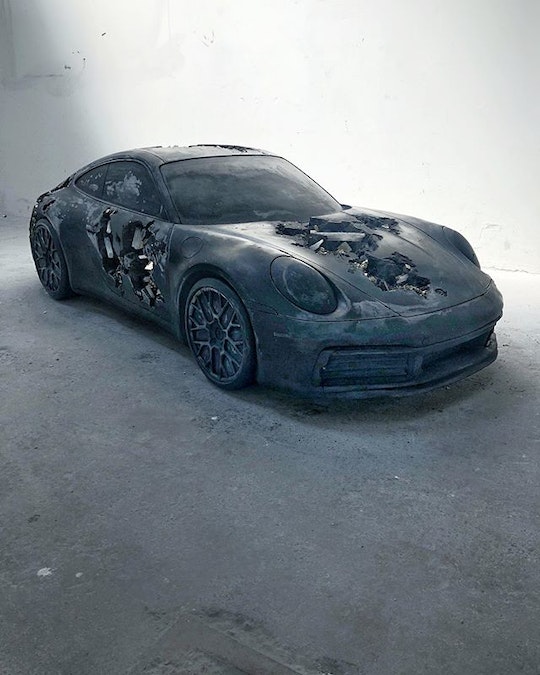 But also with his latest project, a Porsche 911 of the latest generation in anthracite, he confirms his reputation as a visual and conceptual border crosser. The aged 911 follows the tradition of his exhibition "3018", which twelve months ago in New York dared to take a look at the year that gave it its name and in the process subjected two automobiles to the transformation typical of Arsham. In steel, plastic and the minerals pyrite and quartz, the American led the classics into the next millennium. 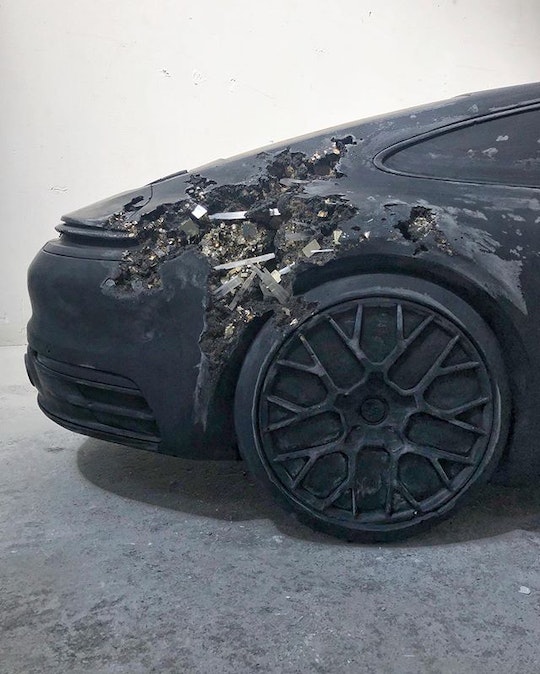 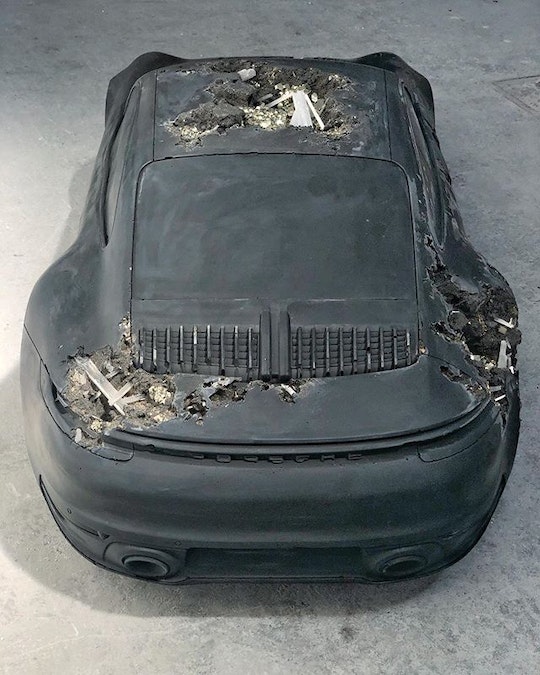 Now follows a form that has not grown old in more than 50 years. In the year 3019, large holes gape in the hood, roof and fenders of the current 992, but the supporting structure still exists. An outrage against the timeless legend? It's not really up for debate - because even in its aged form, the 911 shares the artist's ideals - it moves between art, architecture and, above all, performance at all times.