CURVES 13: off through the middle to the south

The middle way does not have the best reputation: only a compromise and not clear. Porsche provides the counterevidence: If the engine takes the way to the (vehicle) center, the driving pleasure becomes extreme. Just like with Stefan Bogner's "Curves Magazine". That the two meet in issue 13 and thus Southern Germany? It is only logical.

CURVES? Has been everywhere. Austria, Italy, France, Scotland, in the USA, even in Northern Germany. But what about Southern Germany? The curve paradise on your doorstep? That's exactly where photographer and author Stefan Bogner ended up this time. With a lot of "soulful driving" and the usual, but above all an unmistakable nose for breathtaking panoramas, roads with guaranteed goosebumps, and hospitable hostels along the way. The route runs from Baden-Baden to Königssee. 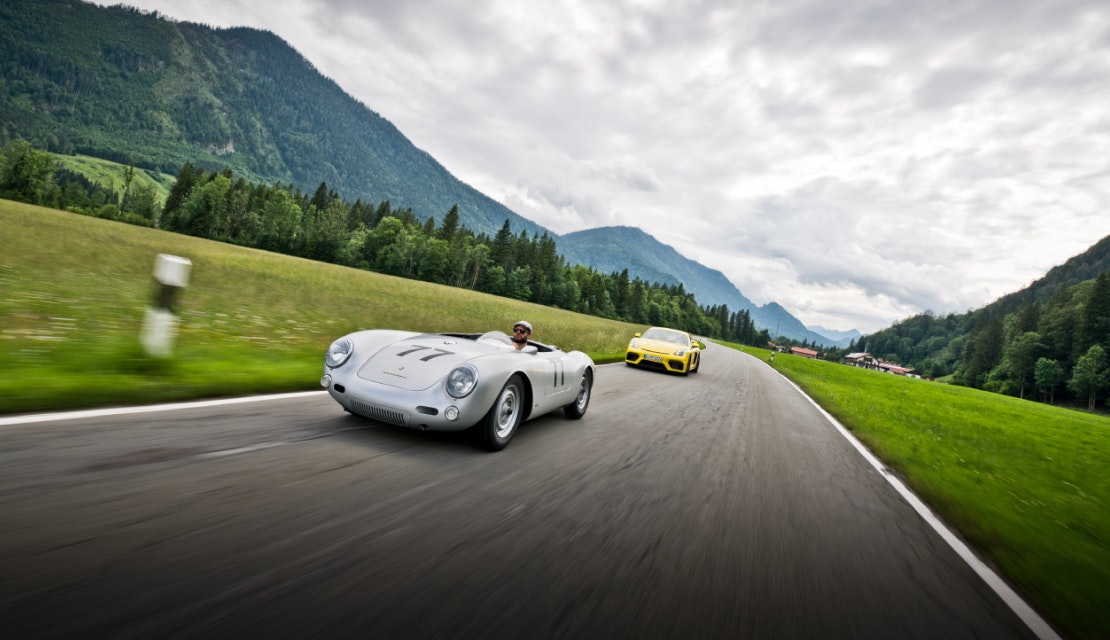 That the first part of the road trip from the winding Black Forest to Swabia and past the Zuffenhausen headquarters of Germany's most famous sports car manufacturer? Is no coincidence. Just like the fact that all the vehicles that accompany Bogner also come from there. And of course, they are also mid-engined.

We took a closer look at four of the Porsche cars with the distinctive engine layout that took part in the road trip:

When the call of the Carrera GT echoes through the mountains of southern Germany, it quickly becomes clear: here we are dealing with a manually shifted mid-engine inferno of the highest quality. In the form of ten cylinders that don't want to deny their roots in motorsport. Instead, they scream out brutally honestly. 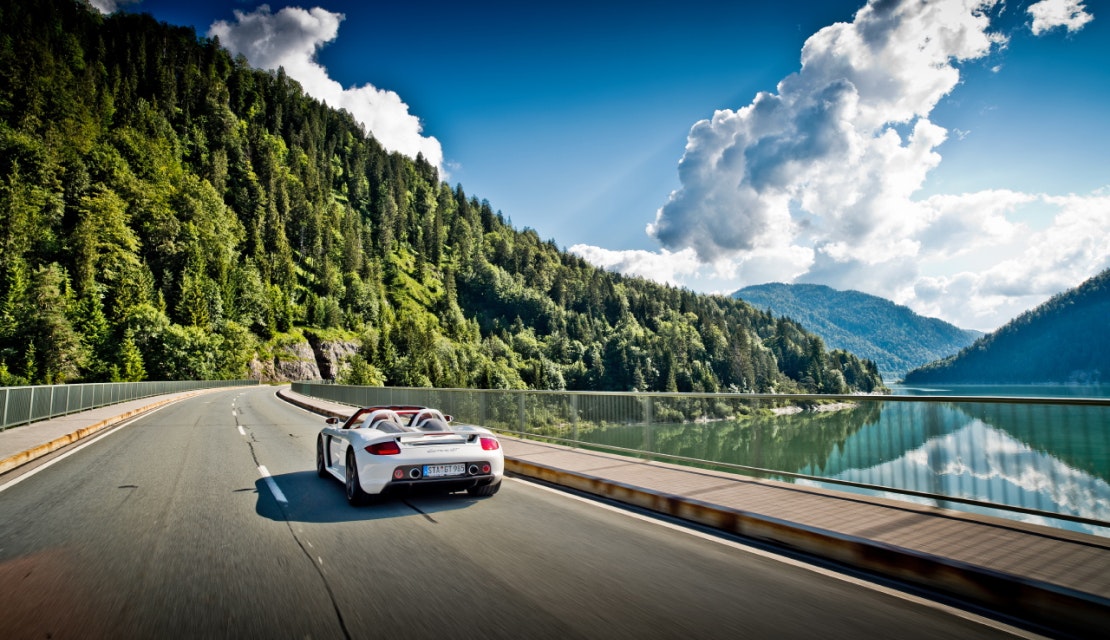 The 718 Cayman GT4 is certainly not a compromise. With its design as a racetrack-oriented do-it-yourself racing car, it is anything but a compromise. There would be no place for such a car on winding mountain roads - and between its historic brothers and sisters - anyway. 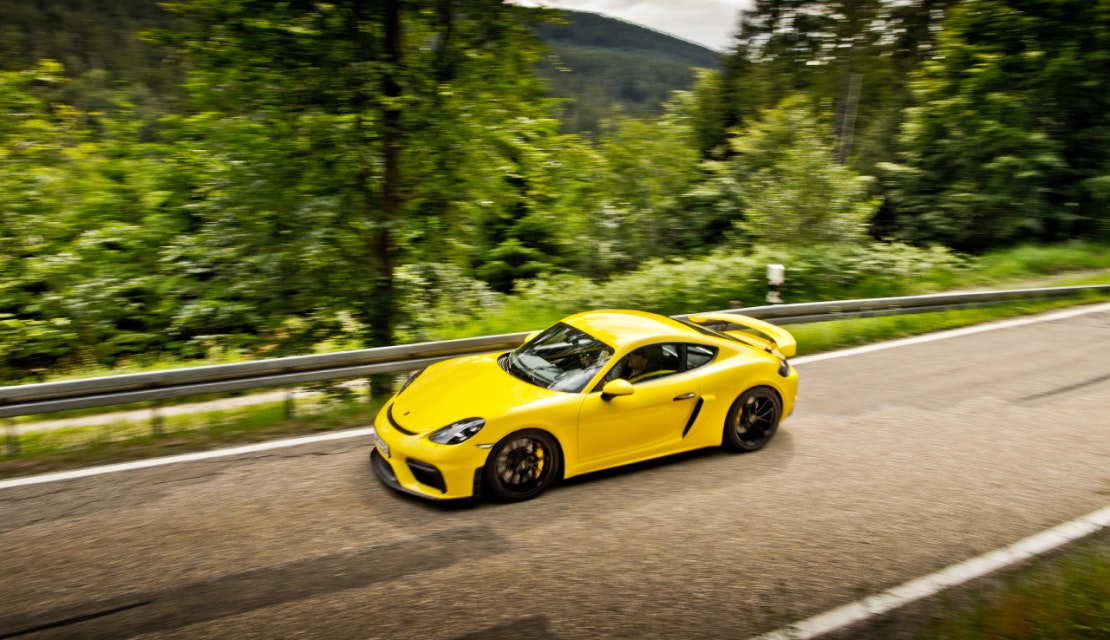 The own center? Some people only find it behind the steering wheel. Like Steve McQueen. That's probably what happened in the 908/02 "Flounder", when he took second place in the 12-hour race in Sebring. Except of course the talent of McQueen. That the small and light sports prototype has an eight-cylinder mid-engine in it? Needless to say. 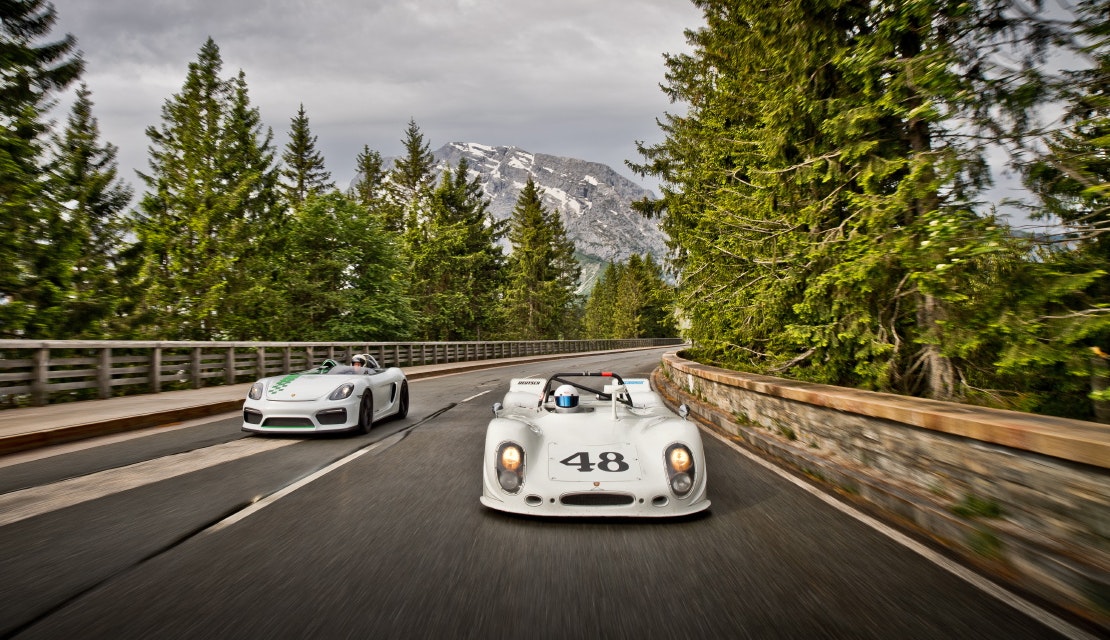 Anything but mediocre: With three consecutive Le Mans victories, the Porsche 962C is still one of the icons of the endurance classic. If you add the victories of the extremely closely related predecessor 956, there are even six victories in a row for the 956 / 962 family of vehicles, which was depressingly superior in the 1980s. 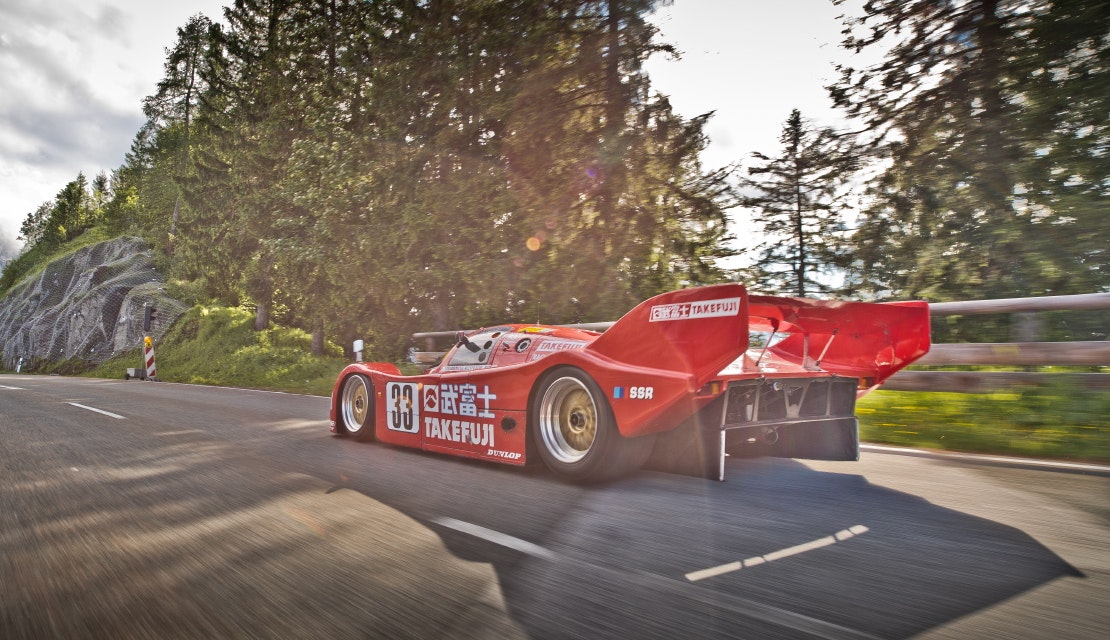