2020 also has its good sides? Exactly that is what Thomas von Salomon and Michael Compensis prove. They do it with the colorful 911 motifs. Even before the end of the year, we look back on the best motifs from their limited edition calendar. You never know...

Colorful leaves? Yes, it could be the fall. But also the calendar of WE! shoot it. Thomas von Salomon and Michael Compensis keep it short with the motto for their work - and dedicate their "Gregor Award" nominated calendar to the Porsche 911. No more, but also no less. The sports car is both motif and motto. Well done: 2020 was already complicated enough. The Salomon/Compensis duo has staged and photographed each generation in its unique way. And thus brings colorful and welcome variety - a bit like autumn. Why are we only presenting the calendar now, so close to the end of the year? It was never for sale, only 150 selected people received it as a gift at the beginning of the year. We are pleased to be able to make the best motifs of the two photographers available to everyone else. 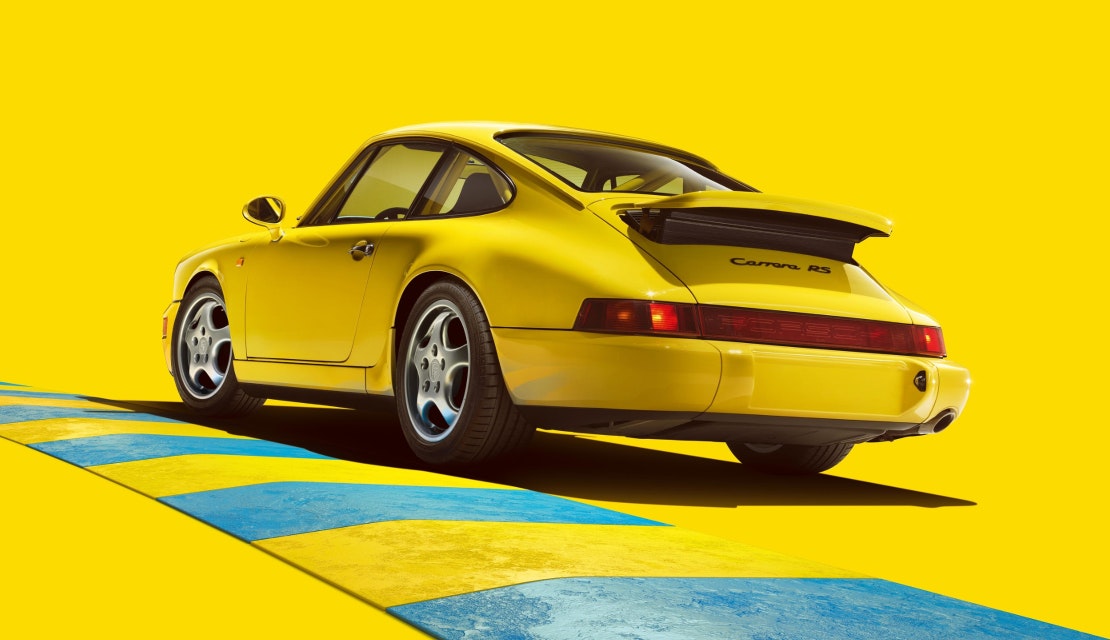 Less is more. Applies to the 911 in general. And to the 964 Carrera RS in particular. The 1991 model has been implemented even more consistently in this respect. The end product is a purist racing car for the street. How to depict such a car? Of course with just two colors. 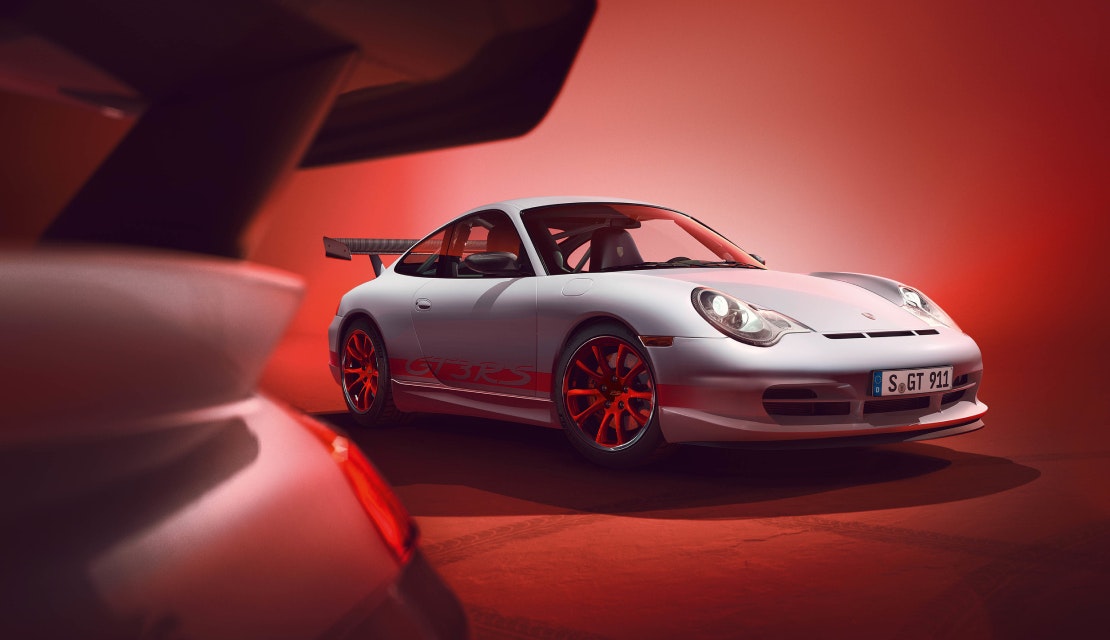 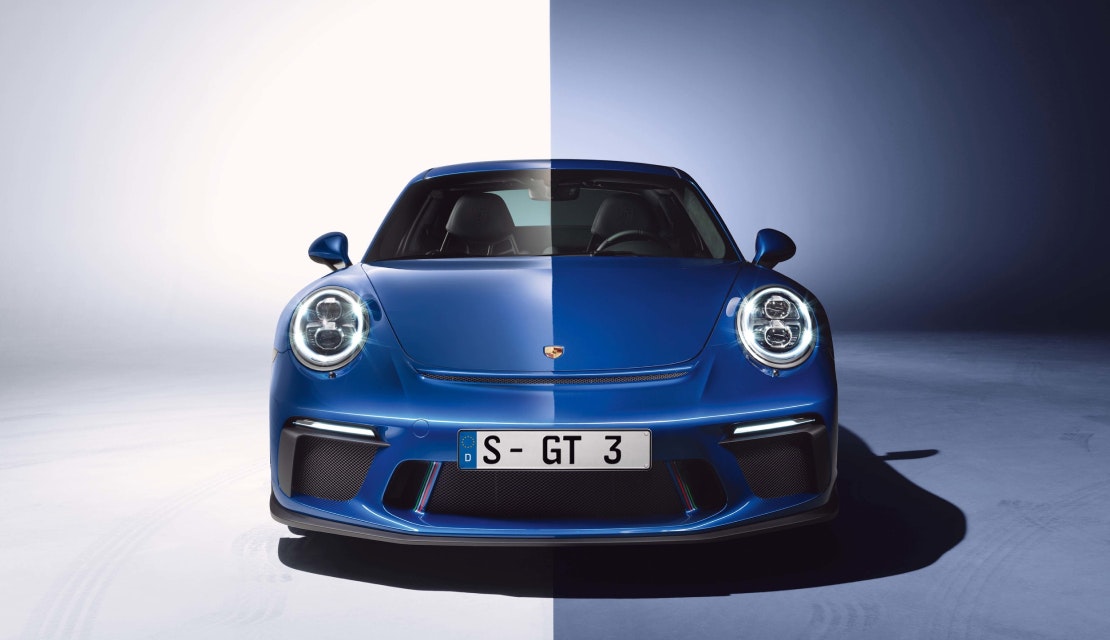 Light and shadow? Actually, there is only light when you think of a 991.2 in the GT3 version. And that is damn bright if you look at the headlights. But it makes sense: the 991 was also equipped with state-of-the-art LED lighting technology. 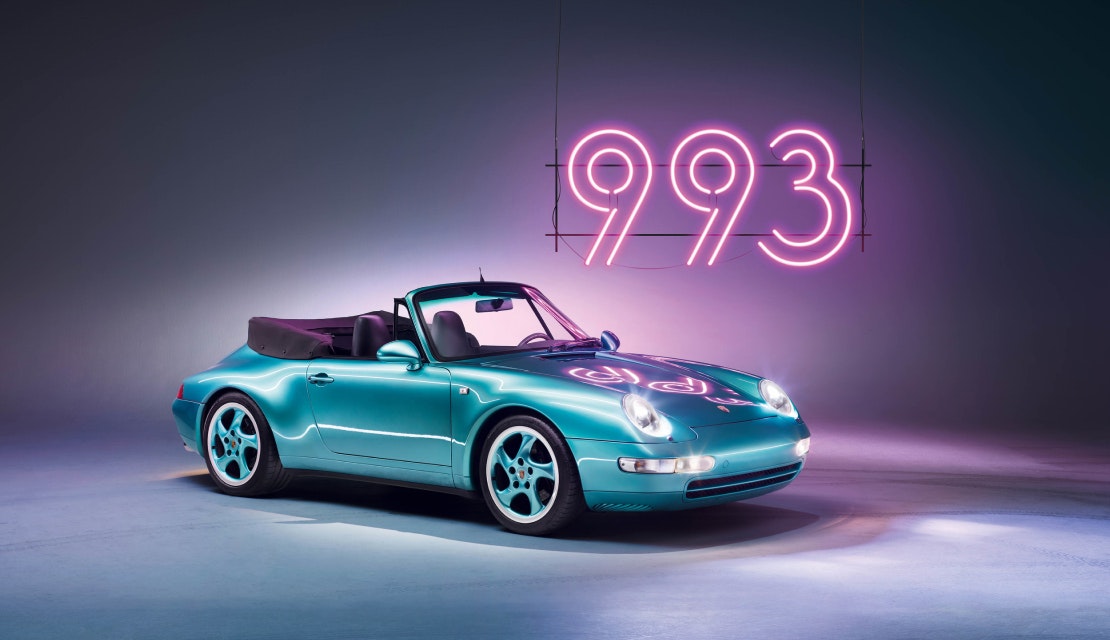 Neon Classicism at its Best: Like the 996 mentioned above, the fluorescent tubes in the 993 picture also come from the computer, but their reflection on the car is real. How does that work? The finished motif "993" was thrown onto the wall behind the convertible so that it would be realistically reflected in the hood of the 993E. Impressive.