One could almost think that Ekaterina Künzel and María Belén García were inspired by the geographical location of the »Castaño House« when building it: Because in the minimalist concrete building on the outskirts of Buenos Aires, the eponymous element of the Argentine capital plays a role alongside right angles and glass.

Let concrete float in the air? Actually, not so easy if you're not supernaturally inclined. Or, as in this case, an architect. Like Ekaterina Künzel and María Belén García, who succeeded in doing just that with the »Castaños House« just outside Buenos Aires. Their self-imposed goal was to divide the building into two elements and not just to build a compact concrete block. Rather, the first floor was to float above the ground from the material, which is just as heavy in appearance as it is in reality, while the glazed base of the building conveys openness. 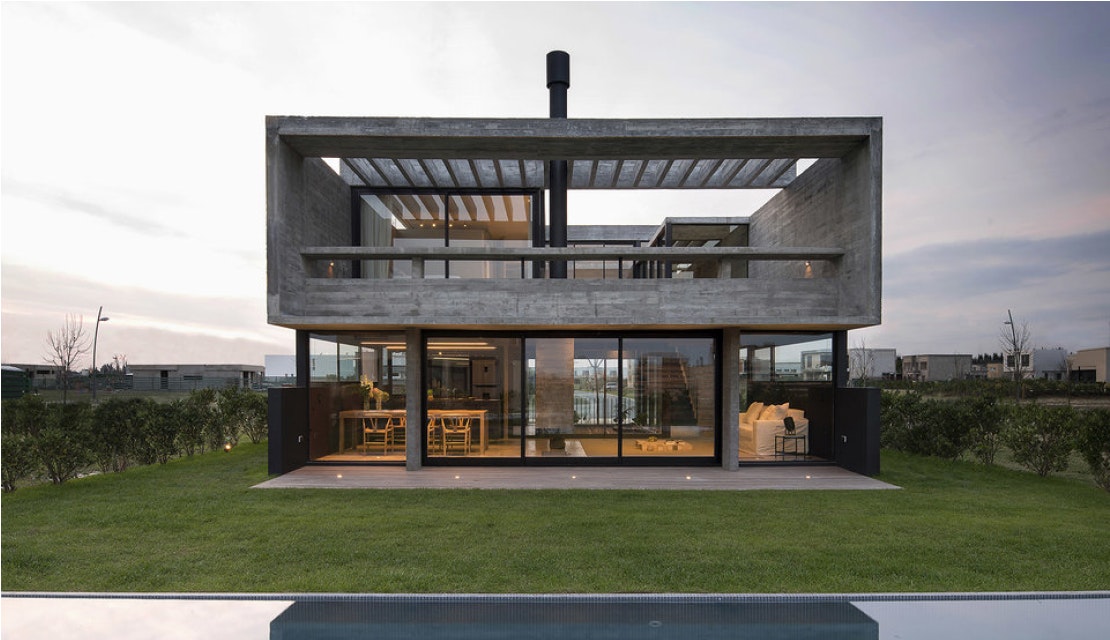 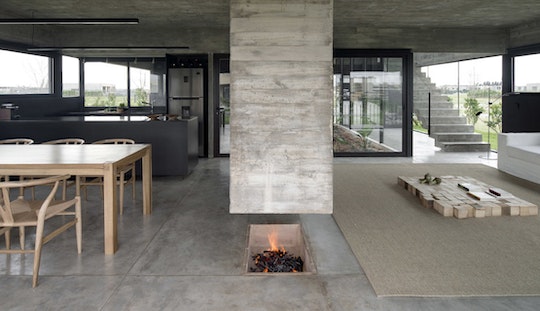 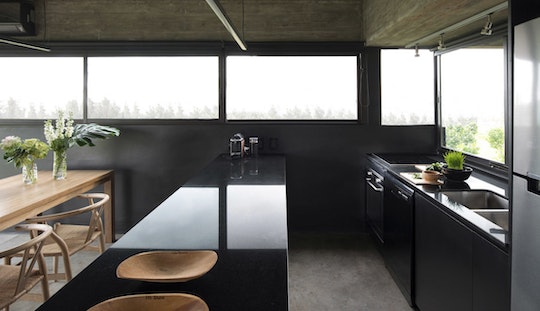 This is achieved not only by large glass surfaces and four concrete legs, but also by an atrium located in the middle of the building. The »inner values« arranged around the courtyard are also impressive: Because there a generous portion of style meets the maxim »less is more«. For example with the clear concrete architecture, which cleverly combines the TV shelf and fireplace in the living room in a single construction. Or the simple staircase that connects the two different floors. Also available: Simple, black kitchen applications and elegant wood furnishings, which with their white upholstery blend equally well into the light overall picture. 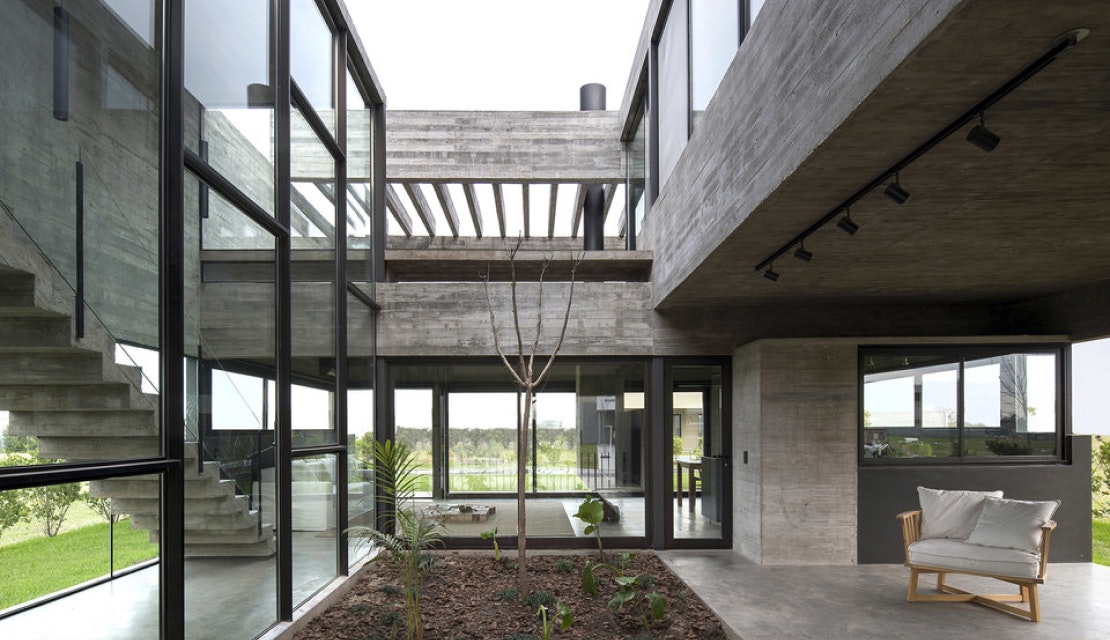 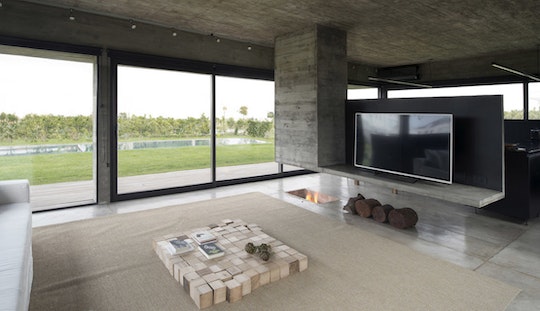 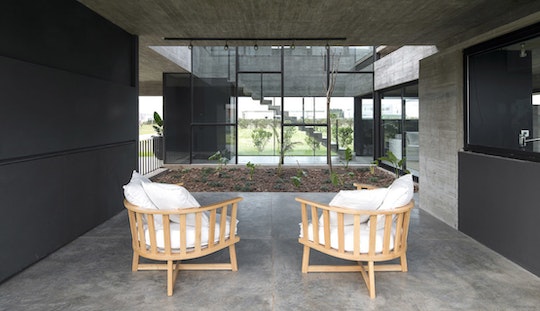 In addition to its visual appearance, the »Castaños House« also shines with its sustainable approaches: In future, solar cells will be mounted on the roof, while the actually unfavorable thermal properties of the concrete will be used to an advantage. For example, the outer walls are insulated from the inner walls with glass wool. Thanks to thermal panels, the latter become invisible radiators in cold weather. And the tree in the courtyard? When it is »fully grown« later on, it will serve as a kind of lung for the building. Together with the double-insulated glass surfaces, the heating concept and windows to all ends of the building, this not only regulates the temperature but also ensures good air. Which is certainly not a bad idea in a metropolis like Buenos Aires.