In the Casa Madri in the Mexican city of Mérida, a multicultural approach is taken: Japanese simplicity meets European analytics and Mexican culture. At least that's what the architects of »Magaldi Studio«, who designed the somewhat different building for a special client, say.

Too many cooks spoil the broth, claims an old proverb. May be true. Many and above all good influences in architecture, on the other hand, can be enriching - as in the case of »Casa Madri« in the Mexican city of Mérida. The building, which is located in a closed residential complex, makes use of the most diverse impressions, but manages to combine them in an appealing way. According to the architects, Japanese minimalism, European analytics and Mexican culture can be found in the building, which is dominated by concrete, metal and wood. What initially sounds like a wild crossroads harmonizes perfectly on the 557 square meters in the capital of the Mexican state of Yucatán. 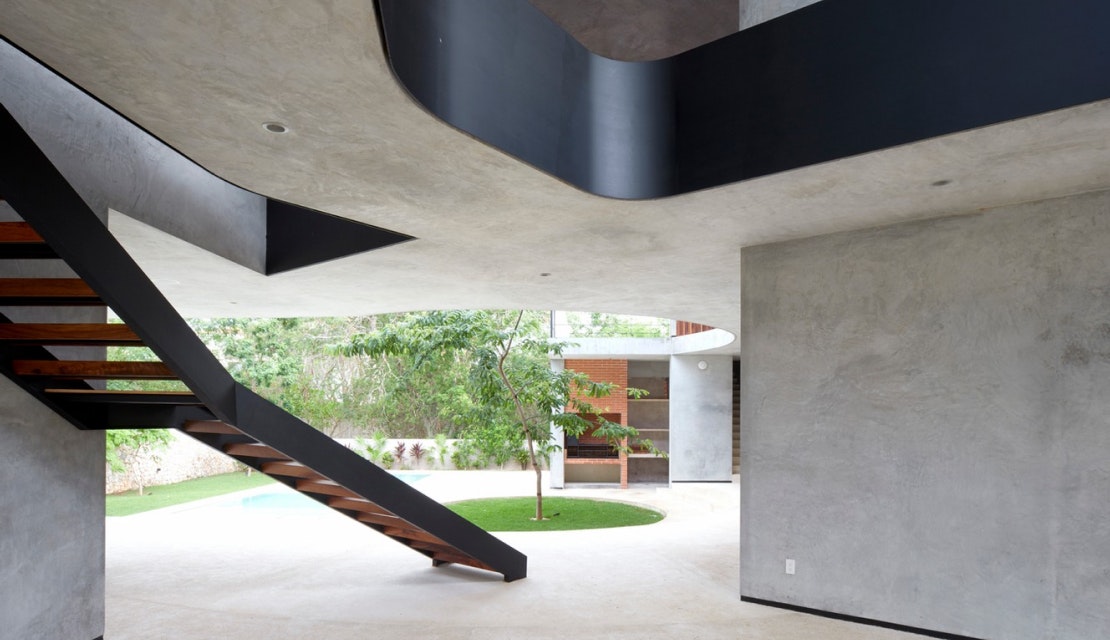 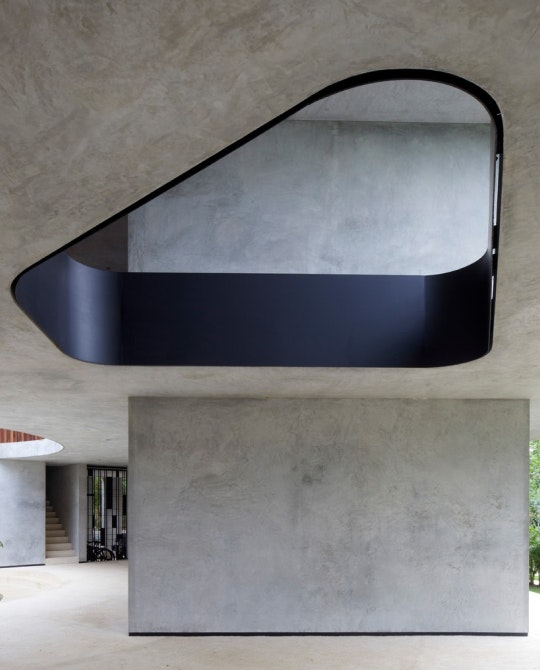 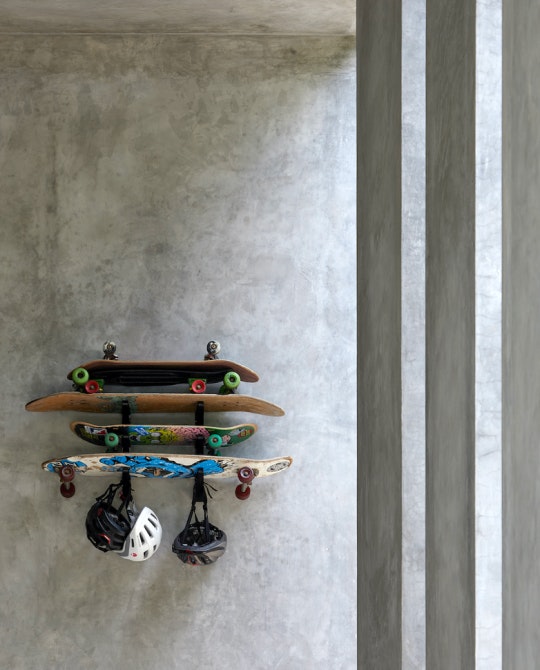 At first, the influence of Far Eastern simplicity is most obvious: Characterized by clear lines, acute angles and round arches, the house follows the proven minimalist solution »less is more«. It picks up on concrete, the predestined building material for this purpose, but relies on regional knowledge from Mexico. The concrete used is no ordinary concrete: impregnated with the sap of trees found on Yucatán, the material now called »Chukum« is waterproof and moisture-repellent. Considering the tropical climate of the peninsula and the heavy rainfall, this is a reasonable solution - and well thought through. 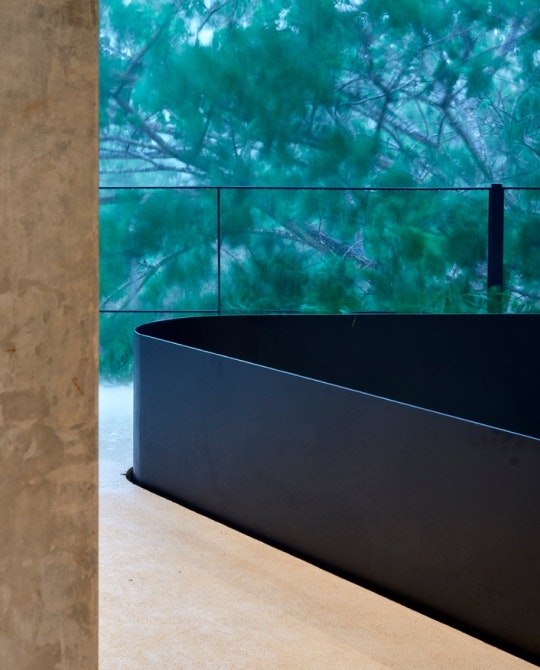 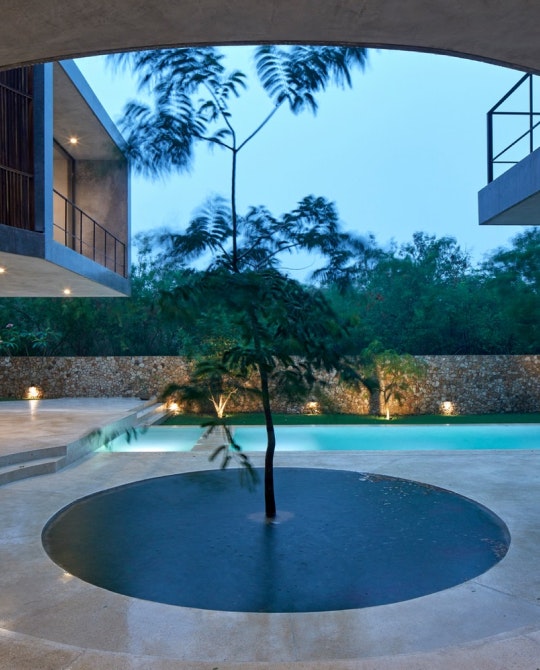 Like the façade, the overall construction of the building also follows its own purpose: to ensure good air circulation and less air conditioning, the first floor is kept open. The atrium-like construction uses wood to give the building a more relaxed look on the one hand, but also to provide ventilated sun protection. Why does the building not have a classic entrance door despite all this sophistication? Because the owner wanted it that way. 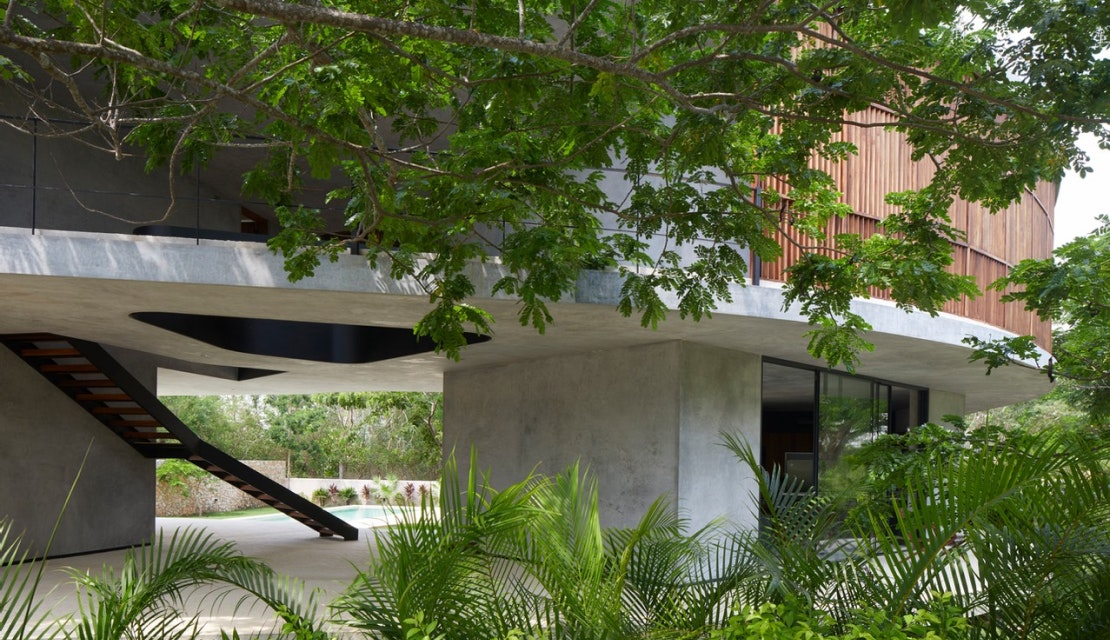