What do the proverbs »All good things come in threes« and »less is more« have in common? Sure, they're proverbs. But both can also be applied equally well to the design of Harry Gesner's »Triangle House« built in California in 1960. It is now for sale.

A house like the Californian lifestyle of the 1960s? Drawn by a self-taught architect who was a passionate surfer? Sounds like pure California Dreaming. Looks like it too. We are talking about Harry Gesner's »Triangle House« in Tarzana, California, which is currently for sale. As with other designs by the American, the name is part of the program: the building, which is primarily made of concrete, makes particularly extensive use of the simple geometric form. The result is a minimalist, elegant building that takes the Bauhaus-like idea of the »Mid-Century Modern« to the extreme with a good 483 square meters of living space. 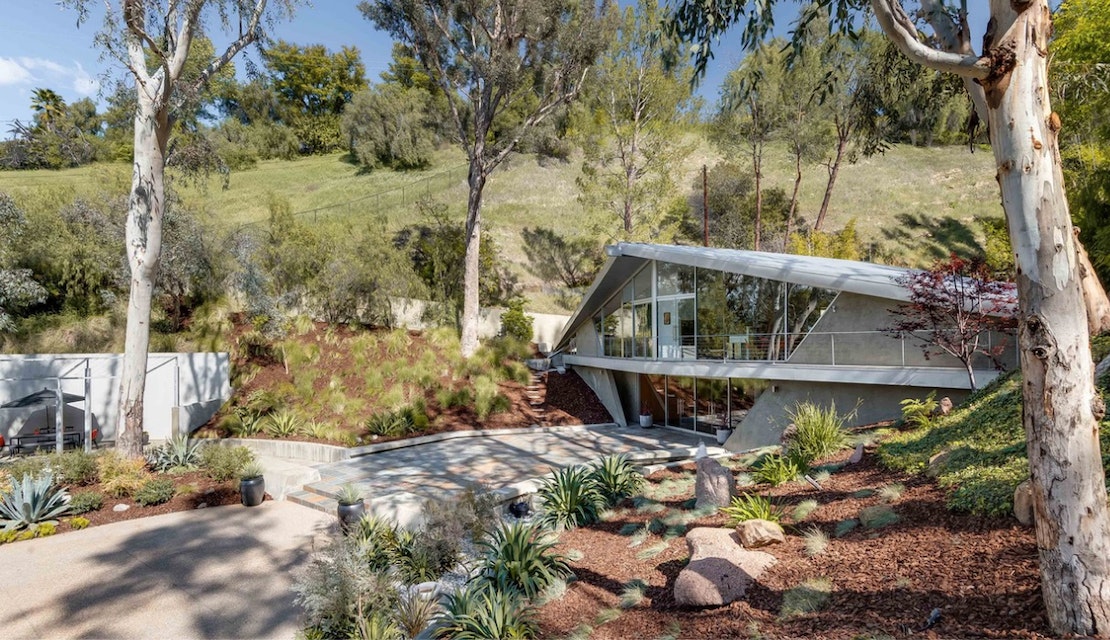 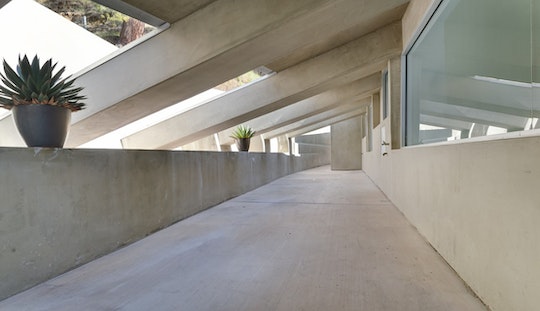 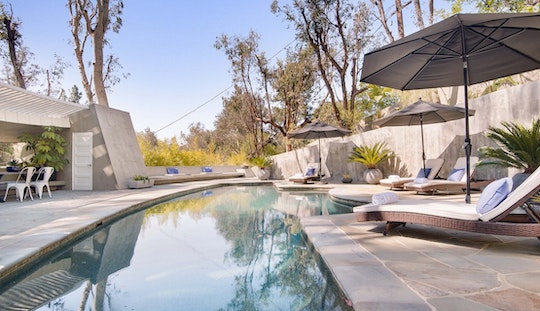 In addition to concrete, the house, which is embedded between two slopes, relies on large glass surfaces, elegantly grained stone floors and unadorned wooden furnishings. This is true in all four bedrooms, the four bathrooms, but also in the two living rooms, which like the kitchen are located in the middle of the complex. Despite all the reduction of forms, Gesner does not forgo luxury: in addition to the avant-garde concrete carport, there is also a wine cellar on the complex, as well as the in-house pool. Behind the main building is the guest house, which also follows the overall aesthetic: The same reduced forms, the same elegance - only on a reduced scale. 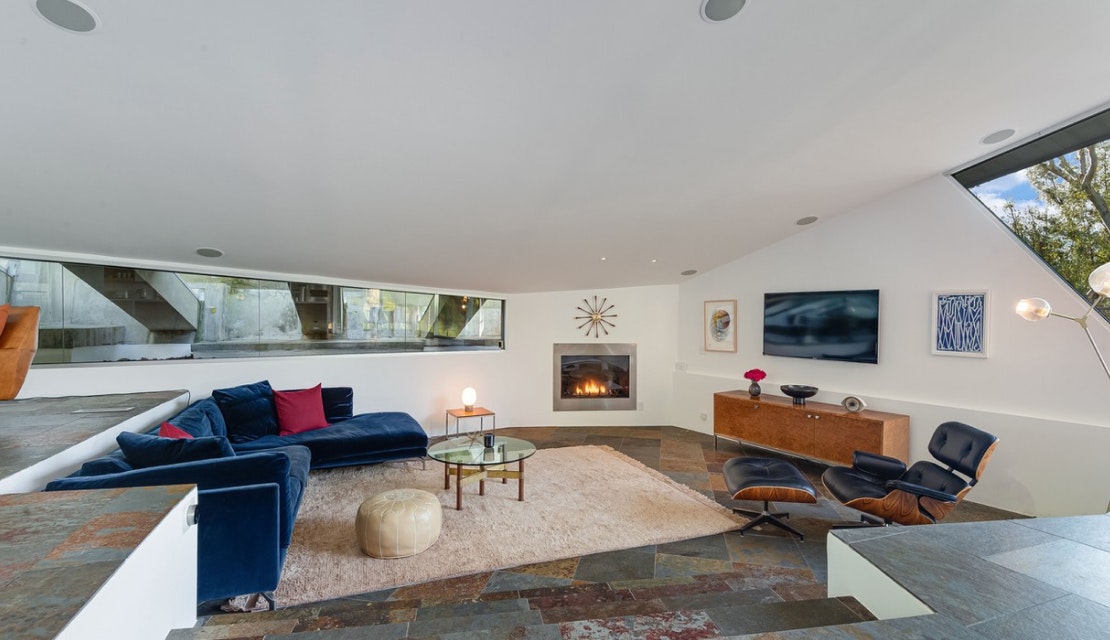 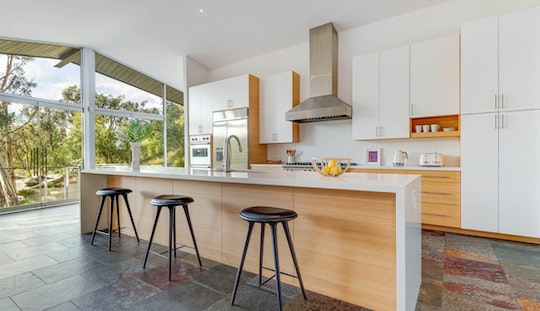 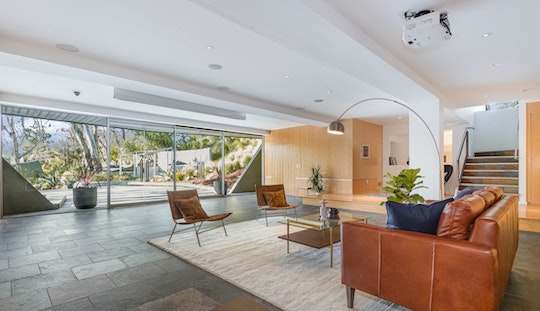 Included in »the package« - ten of the 32 iconic »Campbell's Soup Cans« by Andy Warhol, which hang in the stairwell of the main building. However, these are probably only reproductions of the Pop Art classic, otherwise the value of the entire property would certainly be considerably higher. But even so, the 3.682 million euros budgeted for the »Triangle House« by »Trisha Perez & Associates« are not really small change. But for that you get priceless »California Dreaming«. 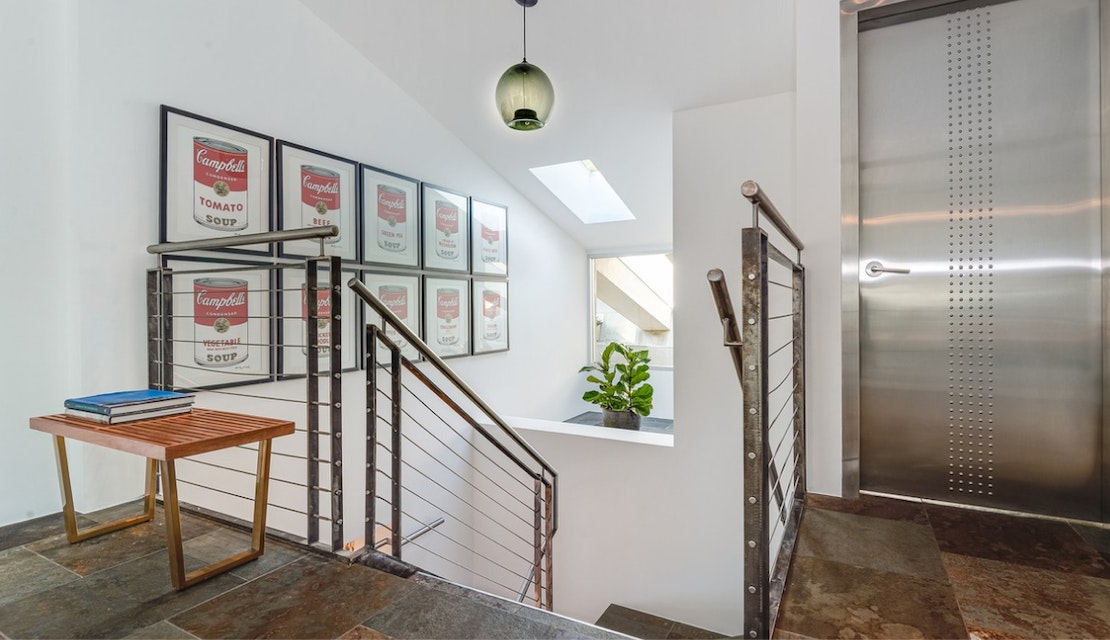