When art and cars meet, the result is often something extraordinary. At least in the works of Rene Turrek.

The German artist turns premium vehicles into unique pieces by sanding them down and painting them by hand. In cities like Miami, Las Vegas, or even Osnabrück. Apart from that, his probably most prominent exhibit goes by the name of »Optimus Prime« and fights against alien tin monsters in Michael Bay's robot blockbuster series »Transformers«. A few months ago, Turrek was allowed to design his first Porsche, or more precisely a modified 964 Carrera 4, which the artist named »TESTCAR«. What the name and the special paint job is all about, Turrek reveals in an interview. 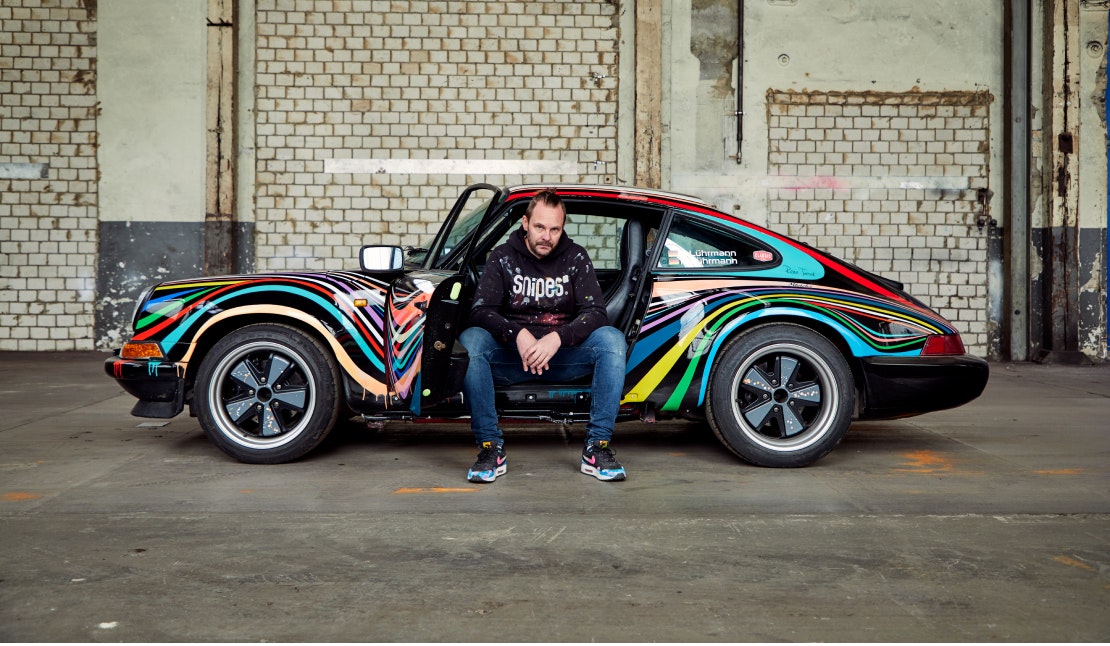 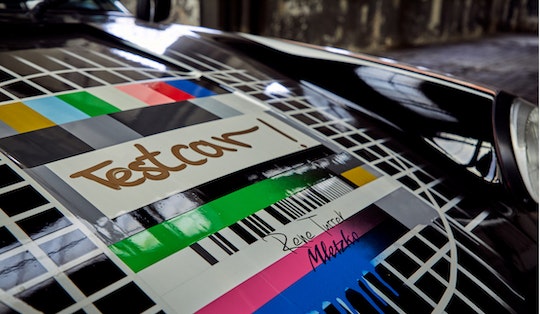 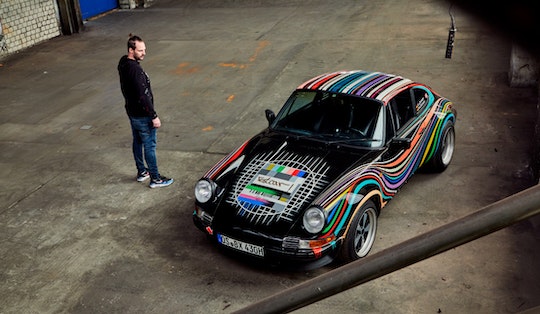 Tell us something about this unusual 964.

When I got the order to paint the car, I didn't have a concrete idea yet. So I first asked myself what I personally associate with the 1990 model year. At that time I was 13 and liked to watch TV. I remembered that at some point this »Peeep« sound always ended the program and instead a test pattern flickered across the screen. And I thought it was a really cool idea to transfer this design to the car.

And the »Peeep« sound?

Yes, that's actually missing. We first toyed with the idea of putting a speaker under the trunk lid to mimic the sound. The problem is that the younger generation can't link that to anything.

The colors of the lines also glow in the dark - how did this idea come about?

We ate a lot of pizza, we really really ate a lot. Until the evening hours. When I switched off the light in the middle of the night, I thought it was a pity that the car disappeared in the dark. That's how I got the idea. 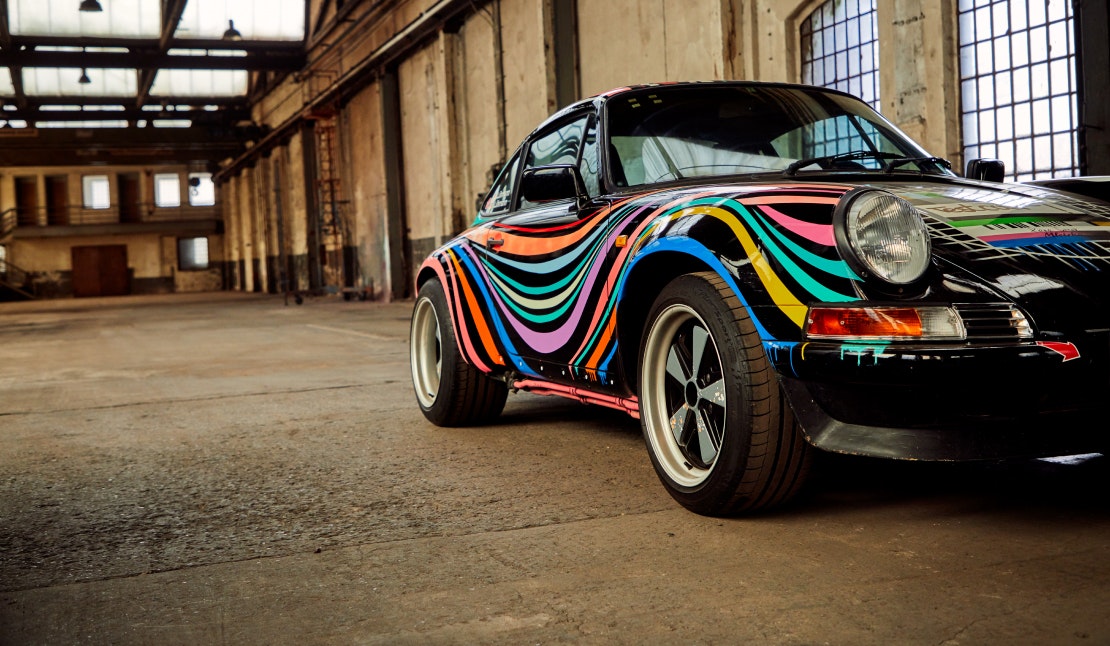 How exactly should one imagine the artistic process?

The car was originally red when it came to me. I sanded it, cleaned it, taped it, took off the hood and first painted everything black. Instead of heating it in a drying cabin, I let it air-dry overnight because I didn't know how the GRP hood would react to the paint. I didn't want it to crack. So I gave the paint a little time. But the next morning everything was okay and I covered line by line and painted the car.

How long did it take?

A week or about 90 hours. With swearing. 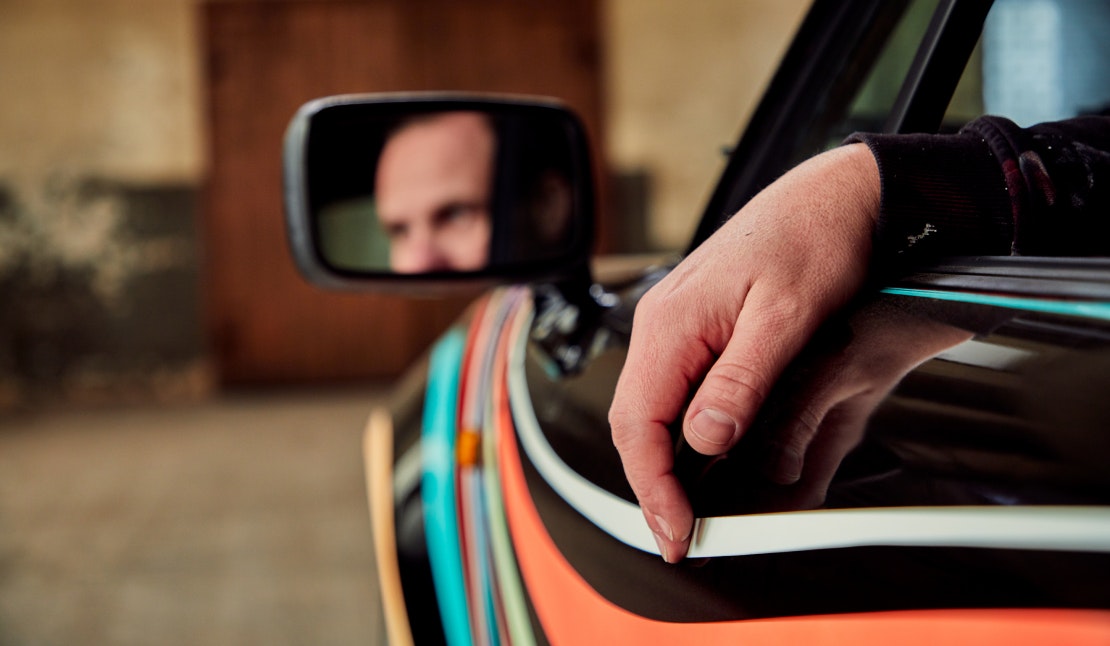 Swearing is part of the artist's life. In this case, I was a little upset because I had used over 170 rolls of tape to cover it. There was this huge pile of garbage in front of me that I produced, and I was angry at myself. I will definitely solve that differently next time.

A 991 Speedster, I am really looking forward to that!

How did you actually become an artist?

I always had a creative bone, even back in school. Back then I designed garage doors and when I realized that there was a need for it, I decided to take this step. 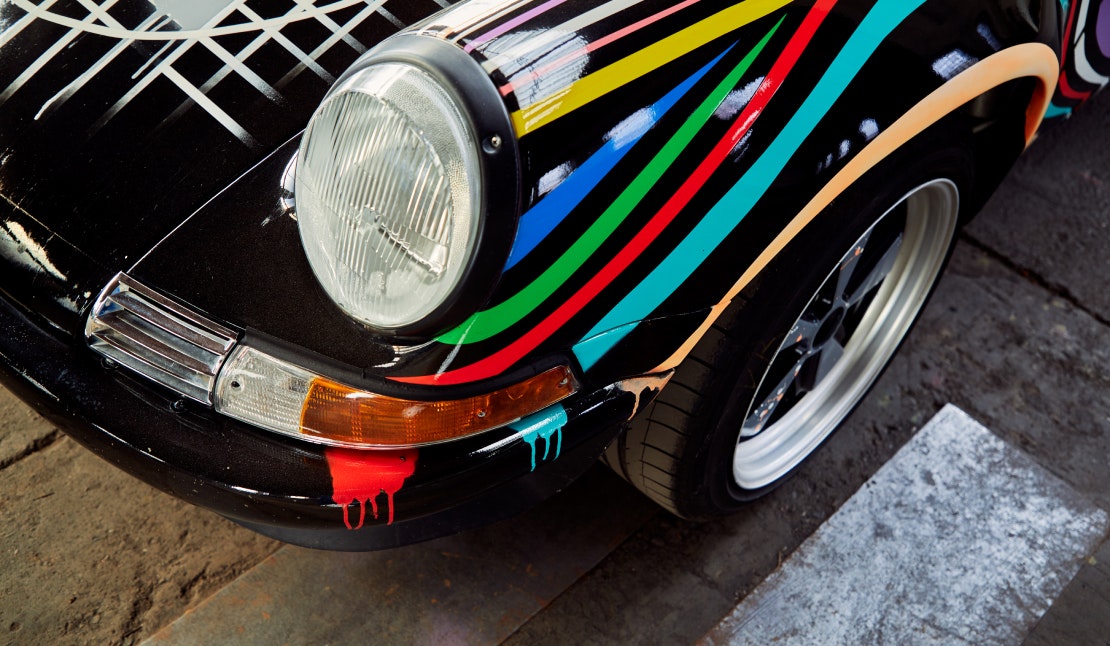 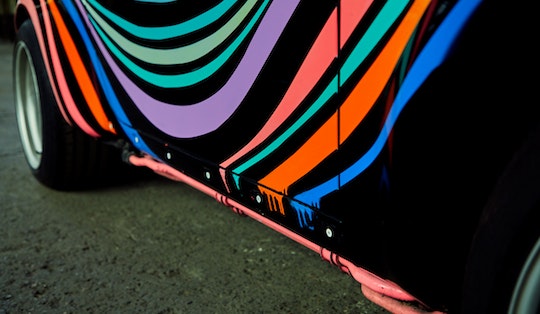 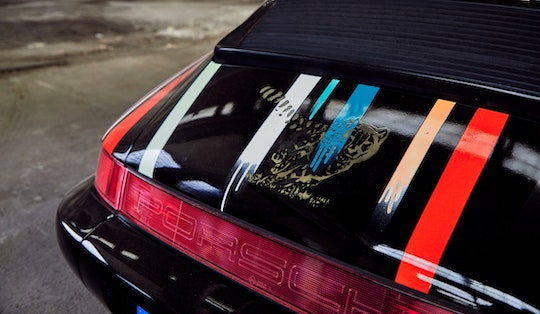 Was that a brave step?

Not really, because I didn't have to make any big investments. I said to myself at the time: »You try it for a year and if it doesn't work, you go to college.«

Well, after one year it still didn't work out, but still I saw no reason to stop. It actually took eight or nine years before I called myself an artist.

At what point would you say you can call yourself an artist?

I don't think that has anything to do with your own decision, it depends on third parties. If others accept what you do and say »I think your style is great«, then I would say you can call yourself an artist. 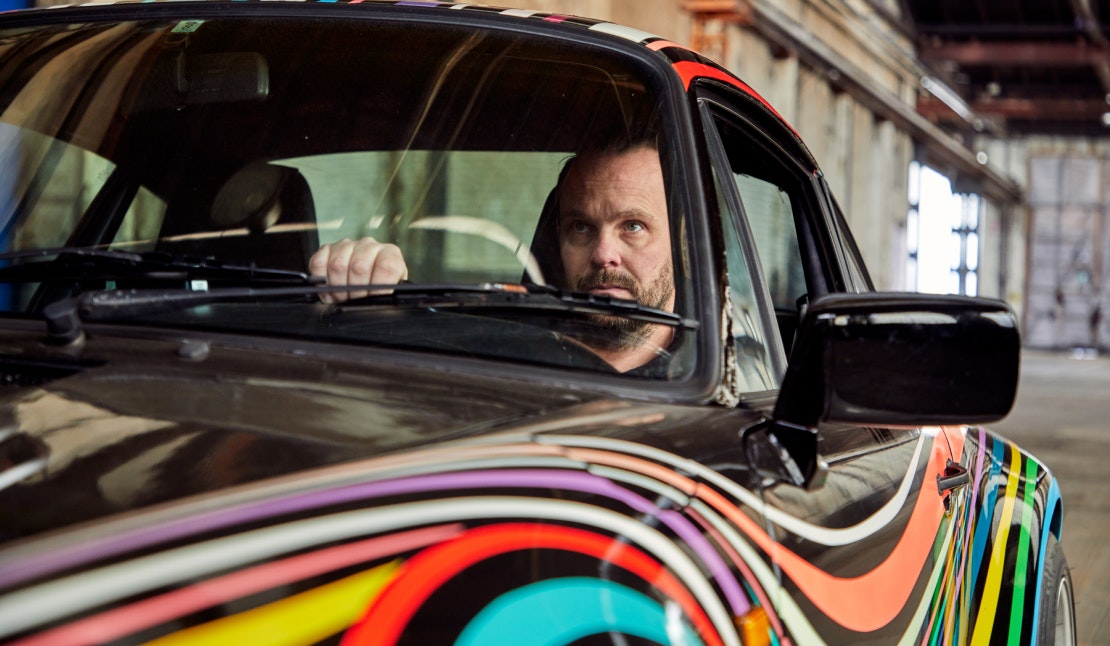 Let's go back to the Testcar: Modifying a 911 is considered sacrilege by some people. What was your experience with it?

Fortunately I haven't had to listen to that yet. But of course there were always comments like »That was brave«. After all, it was a Porsche. On the other hand, I think that Porsche drivers and fans are allowed to be braver sometimes.

A Porsche is a great, innovative, sporty product, in short: a great car! Nevertheless, you usually only see it on German roads in muted tones such as black, white and grey. As if one wanted to avoid attracting attention at all costs. In my opinion it should be a little bit more colorful. But maybe that's also because I work a lot in Miami and the people there are much more conspicuous and provocative. They're two completely different worlds, of course. Nevertheless, I think that a Porsche driver should be much more daring. 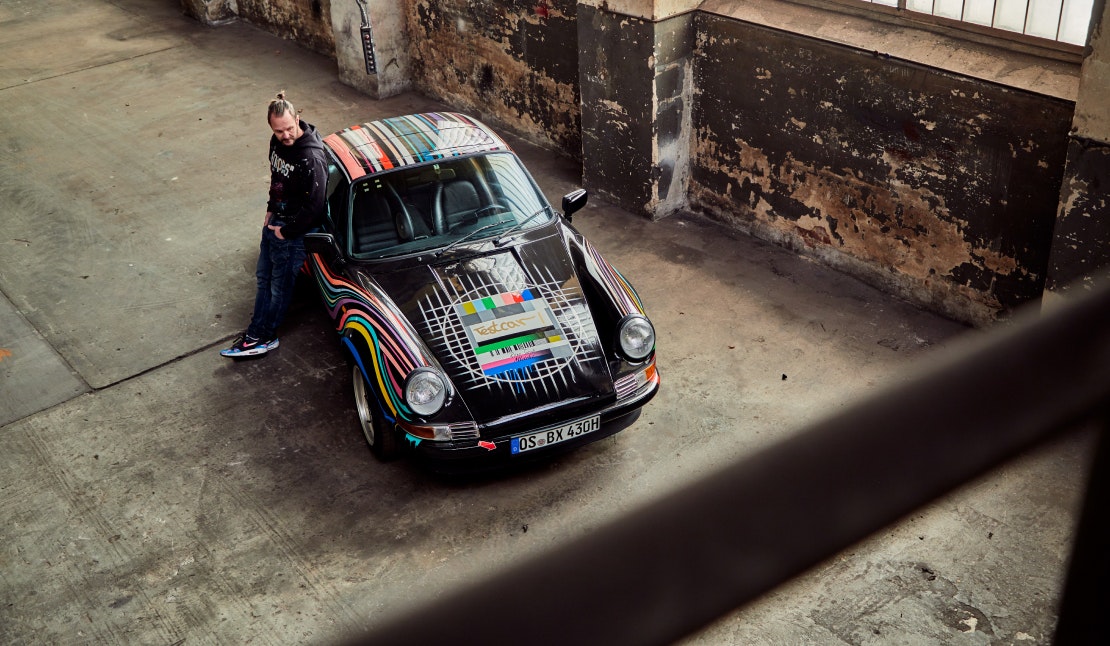