Architecture: It doesn't get greener!

Living in harmony with nature is only possible as hermit? We don't think so. Looking on the trends in architecture, we're not only left with less emissions, but also a sustained impression. Our Top 5 of Sustainable Architecture. 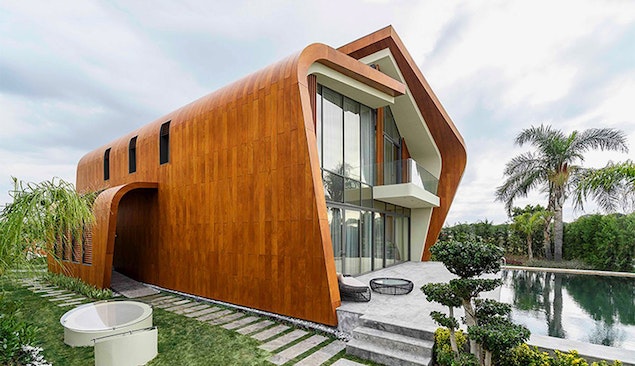 That's how we like it: loads of wood at the hut. And that in Antalya, on the Turkish mediterranean coast. In the project settlement AHK KNDU Villas, the architectural office GAD has not only built environmentally conscious villas with renewable raw materials and energy supply, but also quite stylishly. 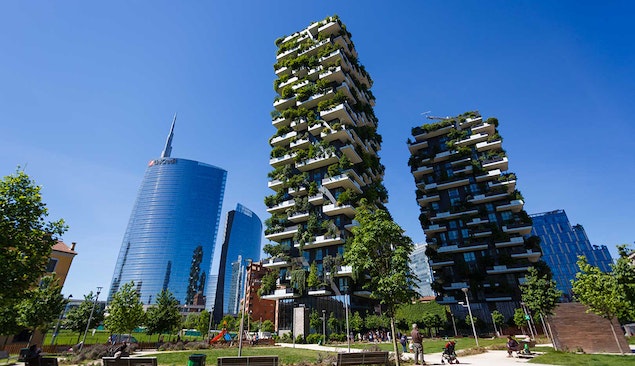 900 trees, a more than hundred meter high residential building and the genius of Stefano Boeri result in? Right, a stunning look, improved urban climate and habitat for animals and people alike. On top of that, the »vertical forest«, as the name translates itself, has solar plants and wind turbines that ensure sustainable energy production 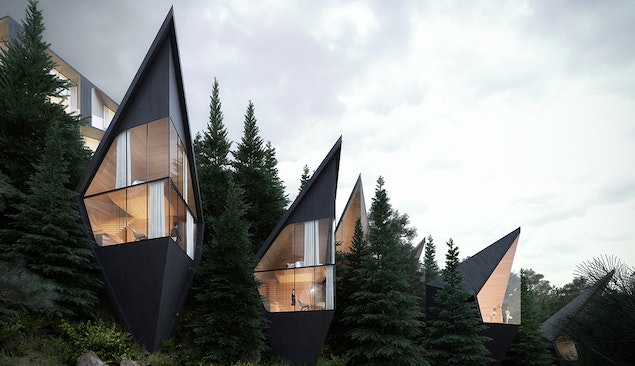 We have known since our youth that tree houses are fun. Fortunately they have now grown up together with us and will soon find themselves in the Dolomites: Then Peter Pichler's 35 to 40 square meter apartments fit perfectly into South Tyrolean nature, thanks to their pointed shape and local woods such as fir and larch 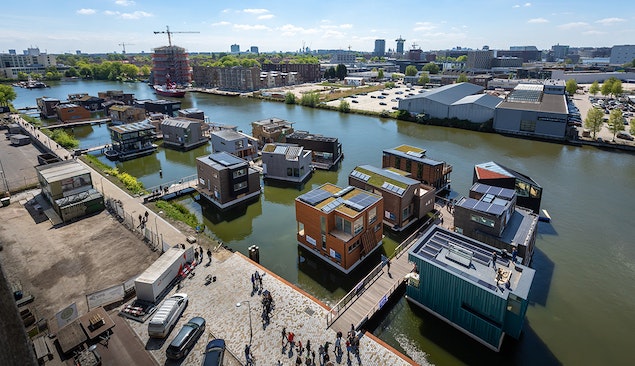 That's one crew: In addition to more than 100 people and plenty of freedom and style, nature is also on board on the modern houseboats of this settlement. For example, in the form of green roofs which, together with sophisticated insulation, an efficient sewage cycle and their own energy supply, form a harmonious whole. It almost goes without saying that here the own vegetables are grown in the Floating Garden. The fact that the programme includes a film and food festival of its own is the pointon the »i«. Oh yes, and on land the Schoonshiper moves on electrically. Houseboat and a shared Porsche Taycan? In this case, we'd go with the flow. 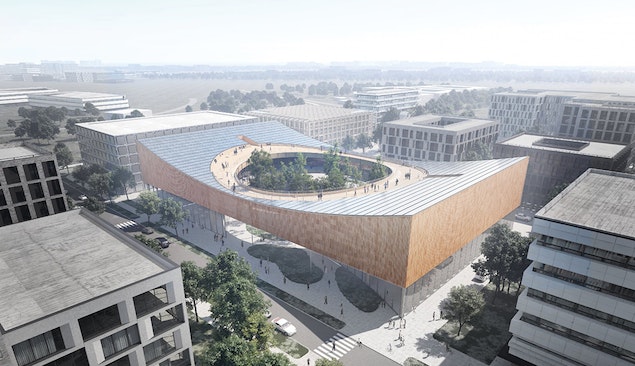 Intelligence is sexy. So it's no wonder that the Science Center in the swedisch City of Lund, which is due to open in 2024, also looks like this tasty. The building is intended to bring science to life, of course CO2-neutral, with a green atrium and energy self-sufficient thanks to solar cells. Architecturally the Scandinavians rely on the renewable raw material wood, energetically on holistic training. There are so-called »energy bikes«, on which visitors can use not only to optimize their own fitness, but also to supply the museum with electricity. What did the old Latin say? »Mens dynamica in corpore dynamicus«... or something like that.