Form follows function. And please clearly, concretely and elegantly. What applies to the design of Apple products has long been true for Porsche. Now Apple's chief designer and Steve Jobs' companion Jonathan Ive has left the IT giant. Reason enough to take a look at the parallels that still exist between the two style-forming companies. 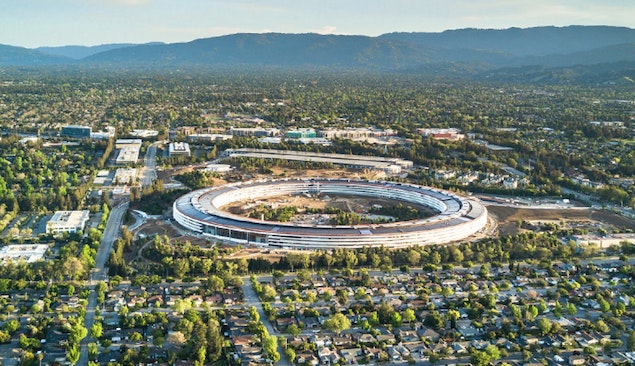 In the mid-1980s, Apple launched a design revolution with its revolutionary computers. Although this had initially come to a standstill, the developments since the end of the 1990s have made the company the epitome of high-quality design. Like the 911 from the pen of Ferdinand A. Porsche, the design of the sports cars from Zuffenhausen is still influential today - even in four-door limousines or SUVs. No wonder that Apple founder Steve Jobs cultivated a preference for the German sports car brand. For decades, Jobs' 911s were a familiar sight in the parking lots of Stanford University and in the traffic of Cupertino, the location of the Apple headquarters. 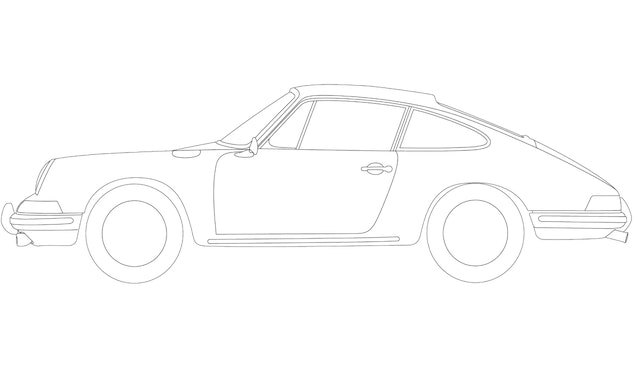 The legendary Apple co-founder and Zen Buddhist loved the perfection and clear design of the Stuttgart sports car manufacturer. How the cliché-free 911 influenced Jobs in his product philosophy, Jobs declared in an interview for his biography: »Porsche design had a major impact on my ideas for the first Macintosh computer.«

The love of the German sports car icon went so far that in 1980 - four years before the birth of the first Mac - Apple sponsored a Porsche 935 K3 from the Dick Barbour Racing Team. The so-called »Apple Car« took part in the 24-hour race of Le Mans under the already world-famous rainbow colors of the time but had to retire halfway through the race with burned-out pistons. 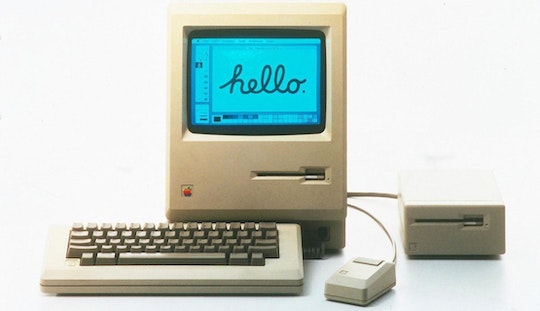 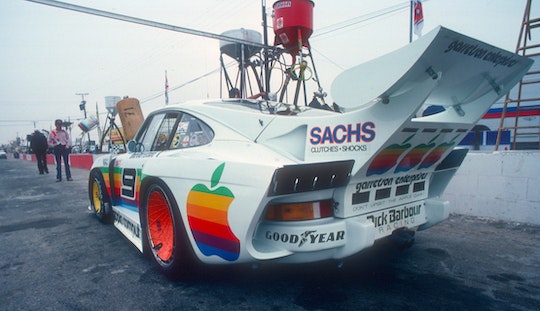 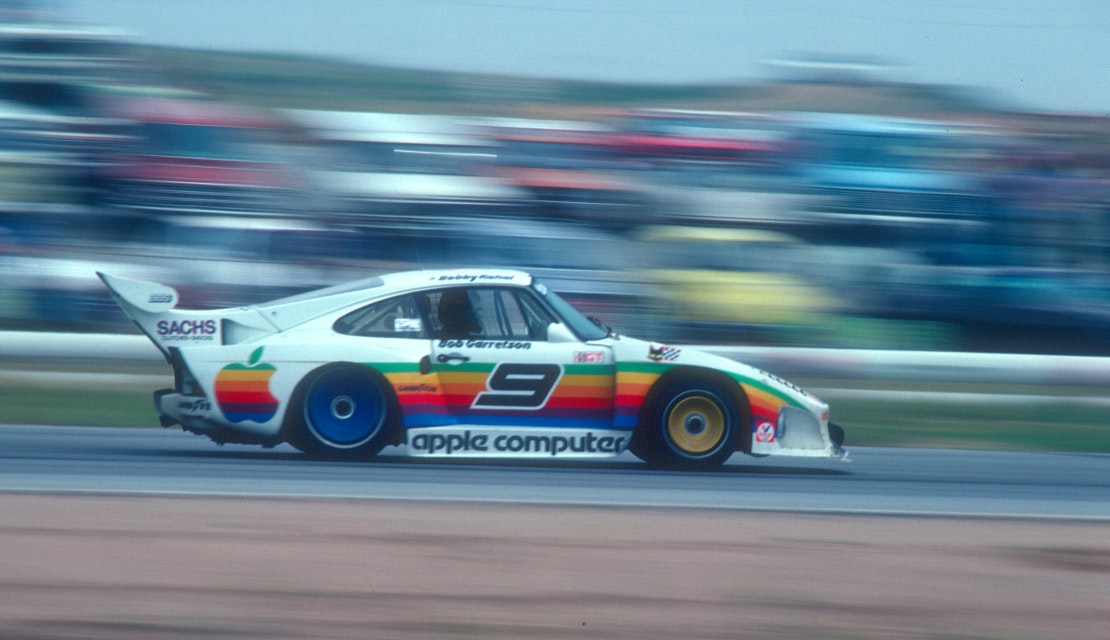 Consequently, the iconic Apple boss preferred Porsche, several 911s, a 928 and a 944, preferably in black and always without a license plate, which he could legally do without, because he took advantage of a legal loophole in the Californian »Department of Motor Vehicles« and leased a new vehicle every six months.

Jonathan Ive, until last week Apple's chief designer and faithful companion of Jobs since his re-entry into the company in 1996, shared his boss's preference for excitingly fast sports cars. Although Ive, a native Englishman, had no Porsche in his garage next to his Aston Martin and a historic Austin Healey, he, just like Jobs, admired the consistent and straightforward design of the 911 and the influence that the iconic sports car had on car design. Even Tim Cook, boss at Cupertino since Steve Jobs' death eight years ago, drove a Porsche Boxster for a while. 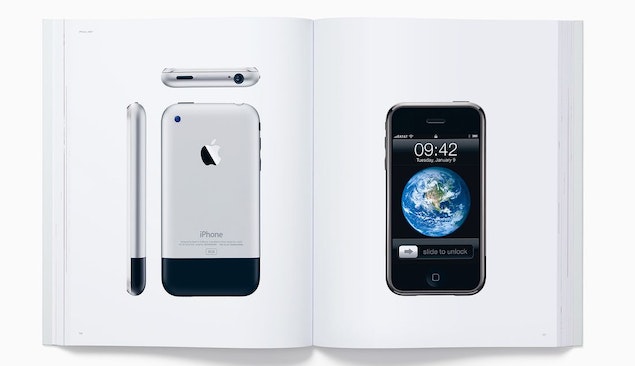 In fact, the traces of Porsche design can also be found in Apple products: Clear lines that draw their dynamics from the basics of user experiences (UX) and focus on haptics and ergonomics instead of flash and bling. iPhone, iPad or iMac, like the 911, are dominated by a design philosophy based on the Bauhaus maxims. The design pioneer Dieter Rams has summed this up with his statement »Good design is as little design as possible«.

By the way, Rams is closely associated with the Hochschule für Gestaltung (University of Design) in Ulm, which after the Bauhaus is regarded as the most internationally important design university. This is also where F.A. Porsche has spent inspiring academic years. And Jonathan Ive has not only quoted Rams' products with products like the iPod, iMac or the iSight camera, but has also further developed them - which Rams would certainly have regarded as a compliment.

How Apple's design philosophy will develop after the departure of the chief designer remains to be seen. It will always be exciting. Because Jonathan Ive will not retire. On the contrary. With »LoveFrom« he founded his own design company, located close to the Apple Spaceship in Cupertino. Tim Cook announced that he will work as a »consultant« for Apple in the future. Ive will probably enjoy the freedom that the ever-growing Apple group with its shareholder and customer expectations could no longer offer him.

And these are certainly not the worst prerequisites for good design. 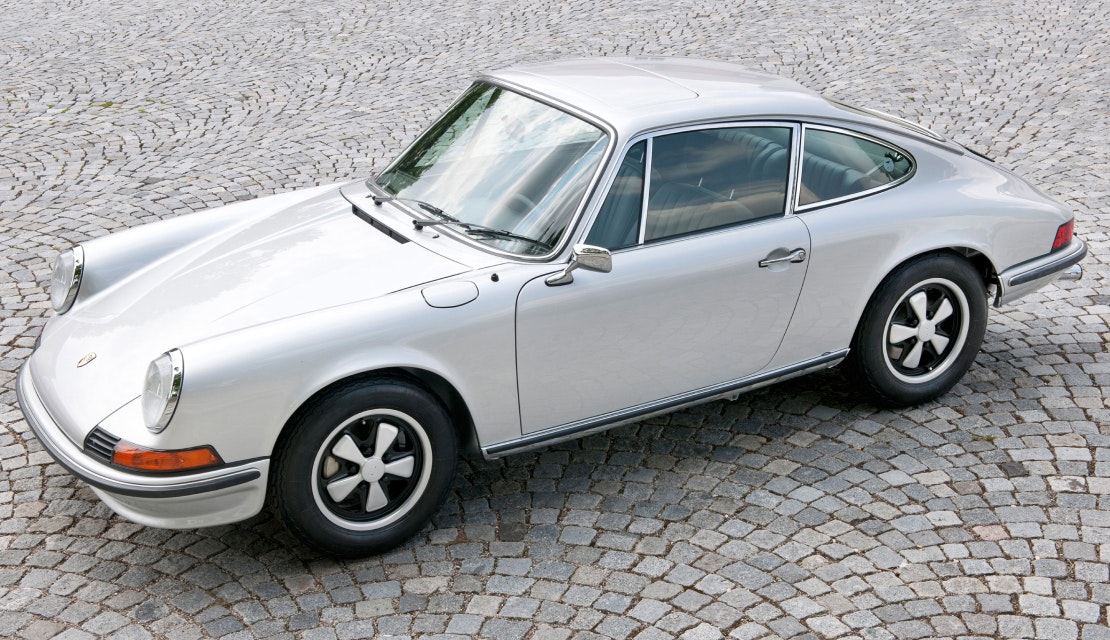