Because he currently cannot get the real sports cars in front of his camera, automotive photographer Dominic Fraser is helping himself with Lego versions of well-known Porsche cars. And retells iconic moments of the brand. We look over the Briton's shoulder during the expedition into his personal »stone age«.

When life puts obstacles in your way? Then you build yourself a Porsche out of it. And take a photograph of it. Just like Dominic Fraser: The automobile photographer, like many others, is not allowed to travel due to the lockdown and therefore cannot pursue his work as usual. So he pursues it in unusual ways: with Porsche models from the Lego Speed Champions series. He composes them on well-known moments of the brand from Zuffenhausen. His role models: Action shots of the 911 Turbo, 917 KH or 919 Hybrid. 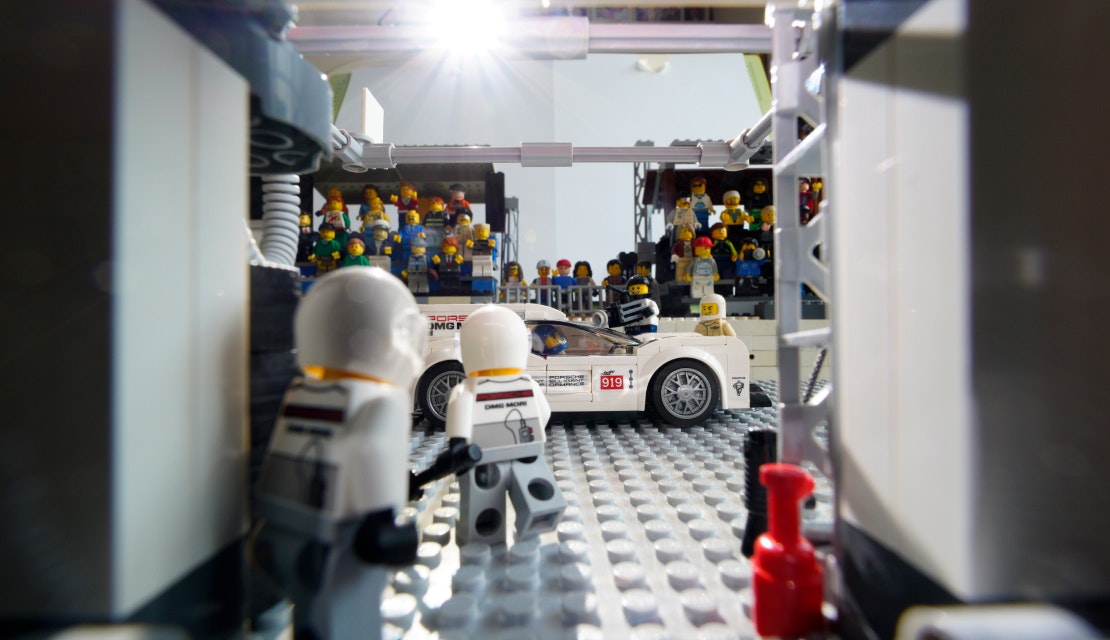 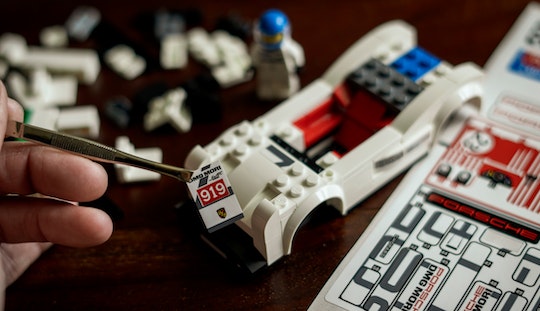 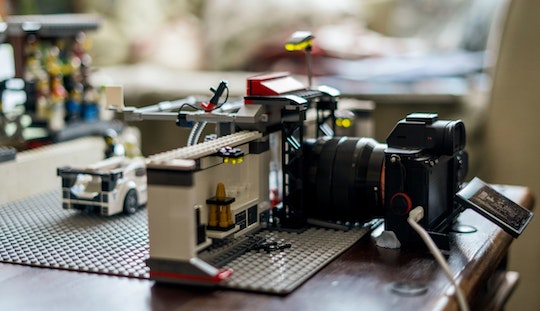 The Briton meticulously recreates them with knowledge and a special attention to detail in the Lego world. »The conceptual process was much more extensive than I am used to from photographing real cars: In real life, you photograph much more spontaneously,« Fraser recalls of the self-imposed challenge. In addition to the pit stop of a 919 Hybrid at Le Mans and the pull of a 911 RSR, he added the flying 930 Turbo from an advertising campaign to his personal list. The claim at the time: »One ride and you'll understand why most rocket scientists are German.« 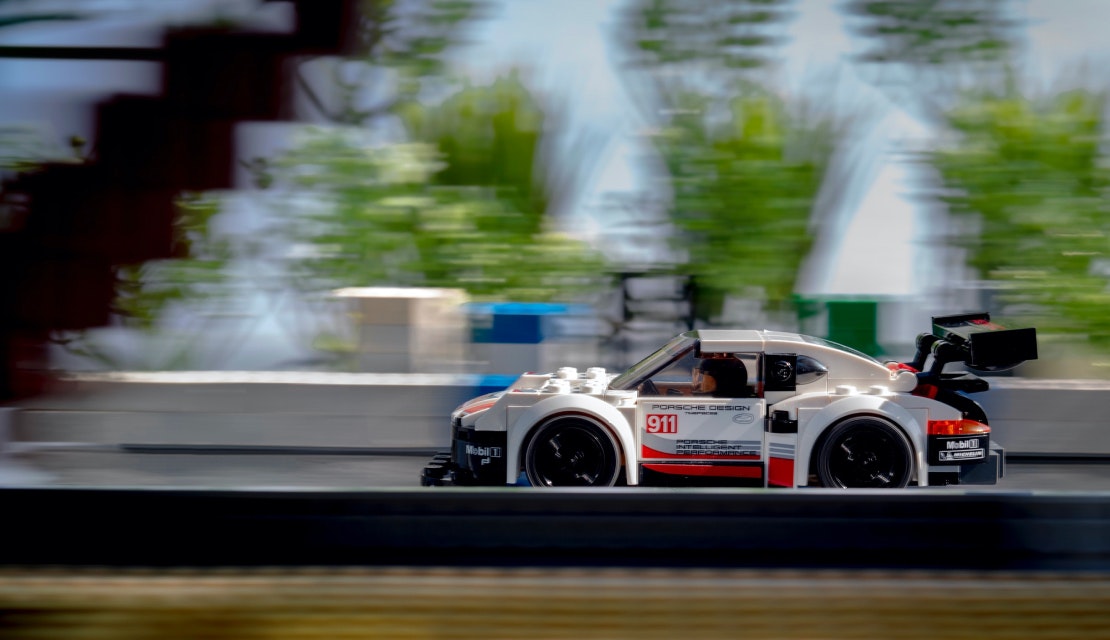 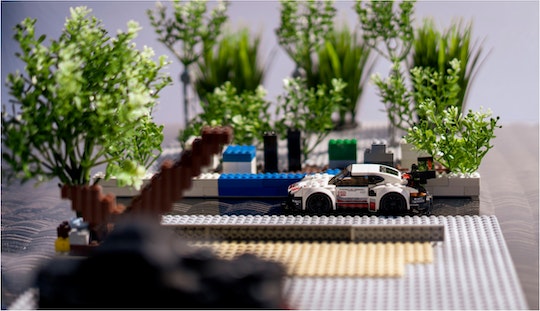 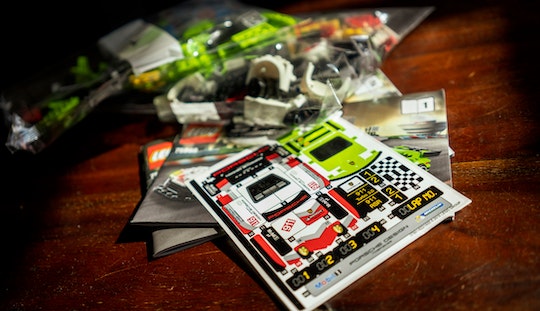 To realize this motif on a miniature scale, Fraser used retaining cord for the Lego Turbo, which he then retouched from the picture. The wheels, extended from the jump, in turn, are not retouched. Fraser made this with the help of a double bottom. Needless to say, the perfectionist then also recreated the flying gravel with miniature split and the blower of his camera. 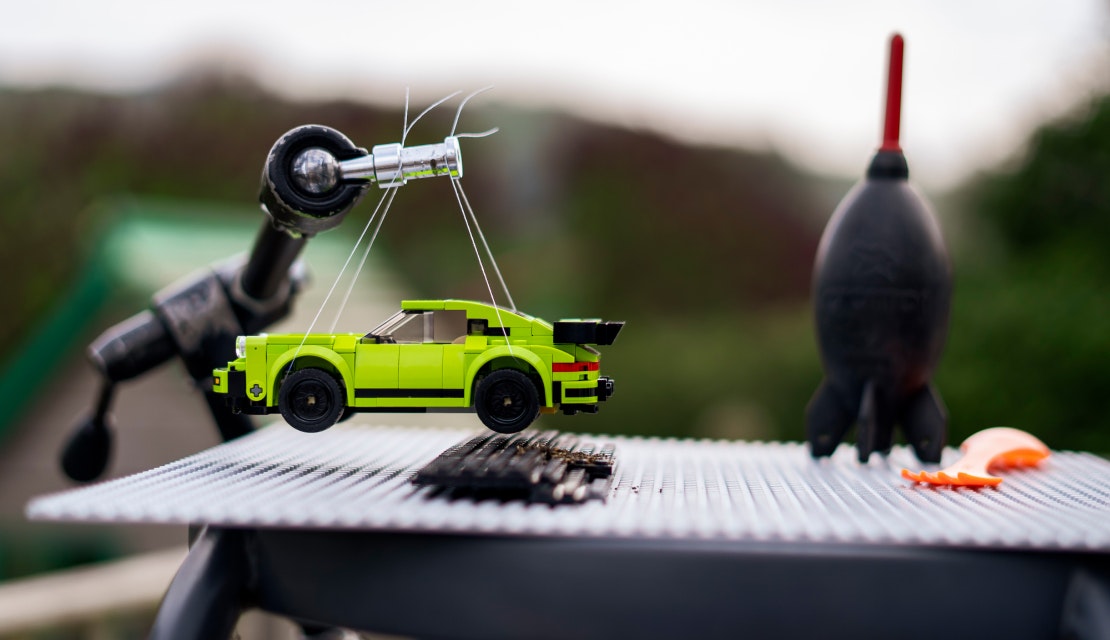 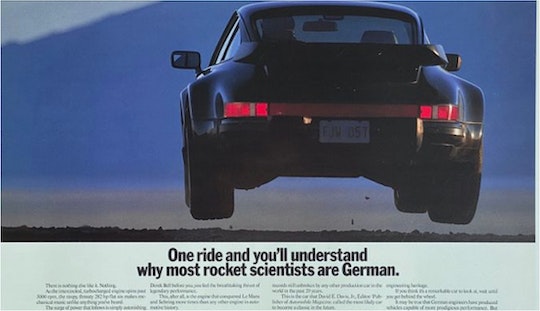 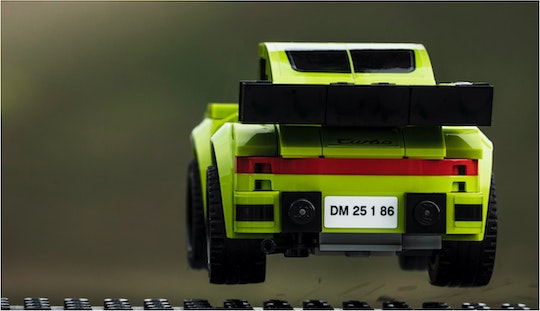 The driving shot of the 917 KH in the Salzburg design was similarly elaborate. The original shot was taken last year at the »Goodwood Festival of Speed«. For the miniature Lego version Fraser staged a car-to-car shoot: As in a real photo production, he placed the camera on a car in front, which moved at the same speed as the 917 thanks to a connecting cord. Together with a longer exposure time, this gives the viewer the impression of speed. 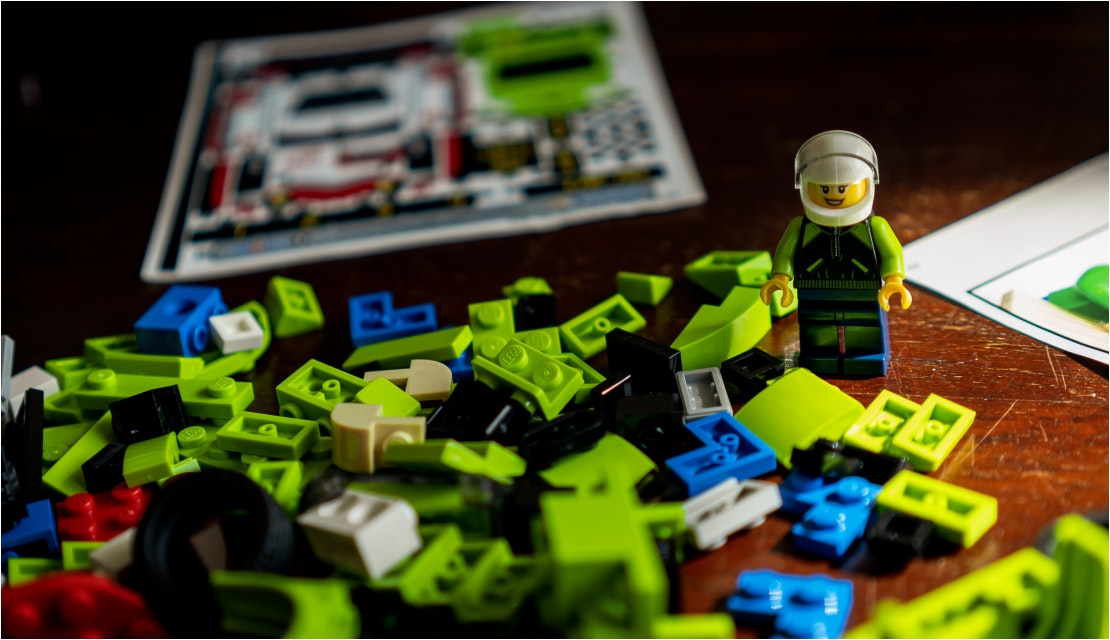 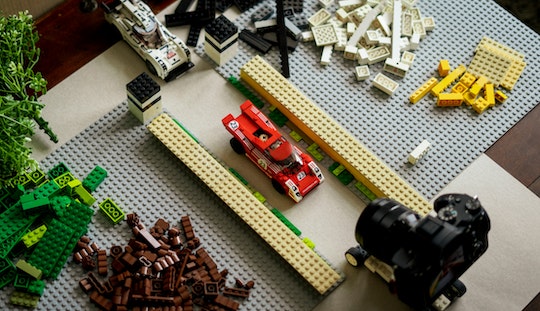 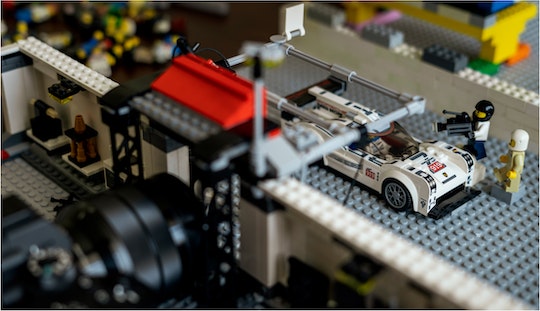 The only question that remains is: Why Porsche? The reason is a meeting with Walter Röhrl in 1991, which Fraser has not forgotten until today: »We took pictures at the Motorsport Arena Oschersleben and needed some shots out of a 964 race car. Walter was happy to drive me around - I'll never forget the speed and the sound.« He regularly proves this with his camera. 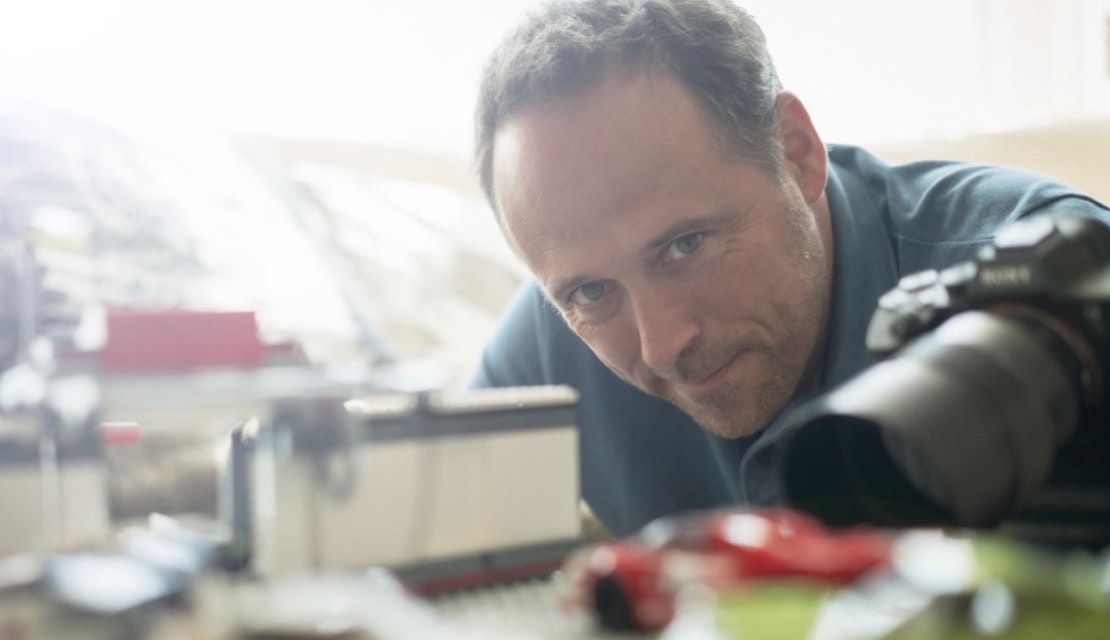