A flair for style: House in Parada

Simple and elegant at the same time, referring not only to the name of the »House in Parada«, but also its appearance. And the interior design, which also picks up on the architecture of the exterior façade. With clear forms, design classics and natural wood panelling, which create a pleasantly warm and typically Portuguese atmosphere on a hillside location.

Summer and 35 kilometers away from the sea? You can really relax there. Or make the best of the situation and design your house accordingly. As in the case of the »House in Parada«, which is set into a green hillside. The elegant building with right angles and exposed concrete takes its name from its location: the Portuguese community »Parada de Tibães«. The special location guarantees not only a ground level entrance to the characteristic garage, but also privacy on the large terrace. Also included in the package of the concrete house with its right angles: first-class views of the surrounding grassland and the neighbourhood. 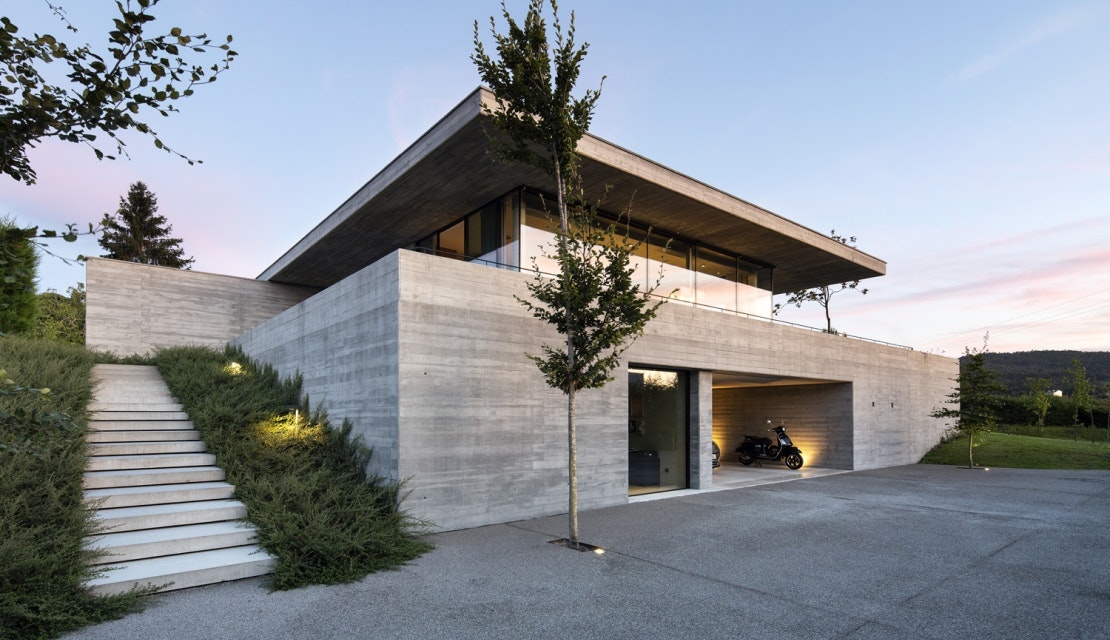 Inside, the house again picks up the clarity of the façade on the walls and ceilings, but comments on it over 423 square meters with Ataíja flooring and a contrast of wood and earthy tones. Design classics such as a Le Corbusier LC2 and a Le Mans Lounge Chair further lighten up the already open atmosphere - and thus achieve the architects' self-imposed goal of elegantly combining all the design elements of the accommodation into one unit. 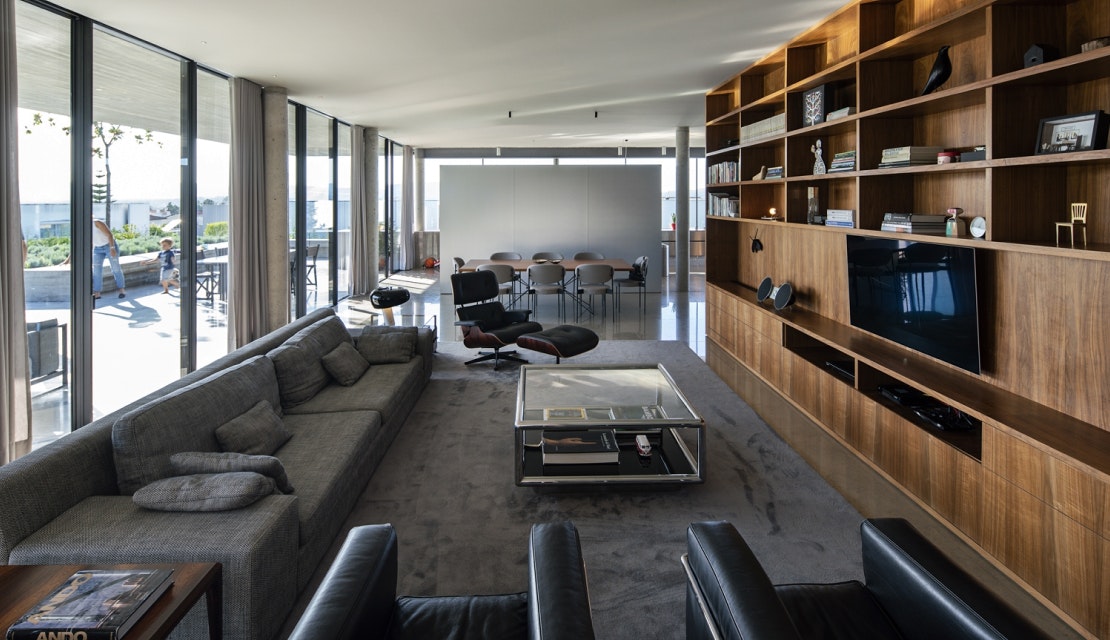 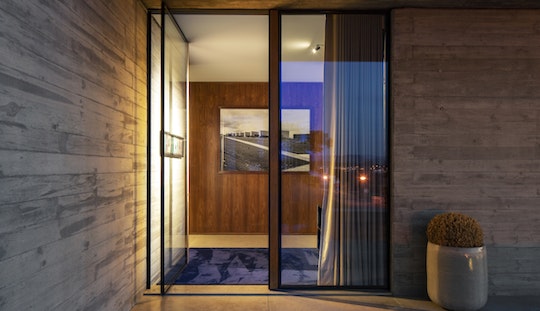 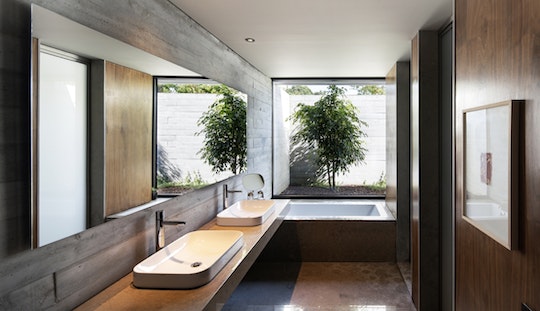 To ensure that it always remains pleasantly cool despite the visual warmth, not only has the house been cleverly positioned on the site, but the façade has also been cleverly designed: numerous glass surfaces allow enough light into the interior, but in correspondingly sunny areas the façade with concrete elements is rather closed. A positive side-effect: according to the makers, energy consumption is lower, because the more than abundant solar energy is nevertheless cleverly used. And should there ever be too much sun despite the deliberate placement and sustainable construction, the architects have also taken precautions - and with the connected pool have ensured reliable water cooling. 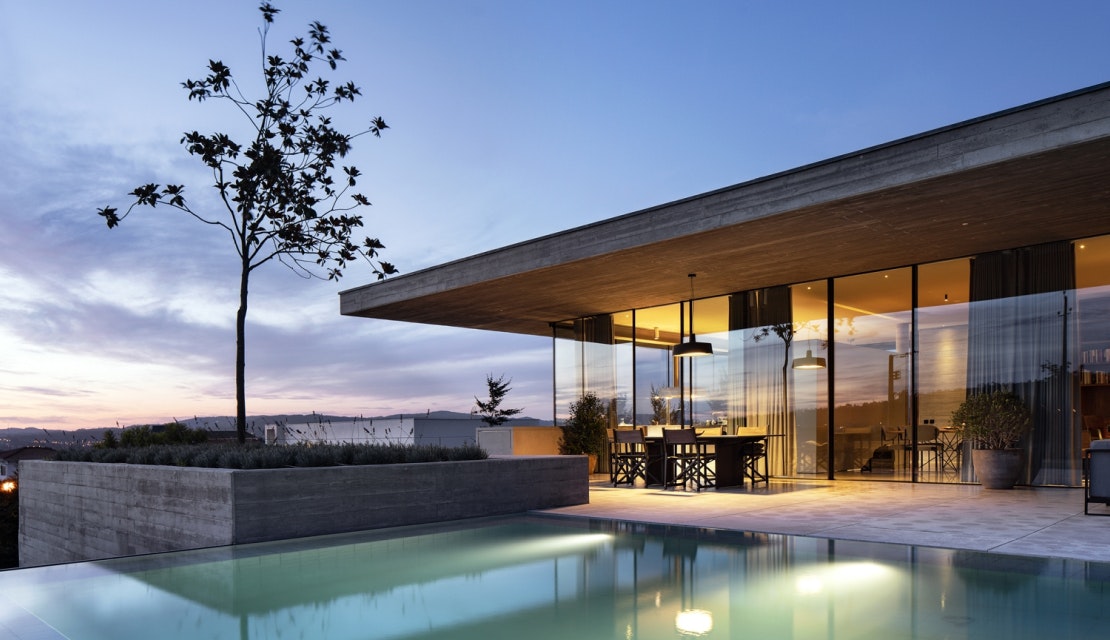