Is that still architecture or is it art? Inspired by Roman Polanski's »Ghostwriter«, the avant-garde and sustainable »Dune House« is currently being built in harmony with the natural influences of wind and sunlight.

You can't change the wind, but you can build the house right - the Norwegian architect Viktor Sørless didn't formulate this admittedly somewhat changed wisdom of life, but with the Dune House he has now architecturally shaped it. And he designed a building that looks as if it came from Roman Polanski's »The Ghostwriter«. All a coincidence? No, because the summer house above the dunes of the Danish North Sea coast was explicitly developed under the influence of the power of nature and the thriller from 2010. Large windows and long curtains provide light and wind chimes in the cruciform building, while it virtually floats above its surroundings. All at the request of the customer, who is not only a lover of dramatic moods and wind, but also an absolute cinematographer. 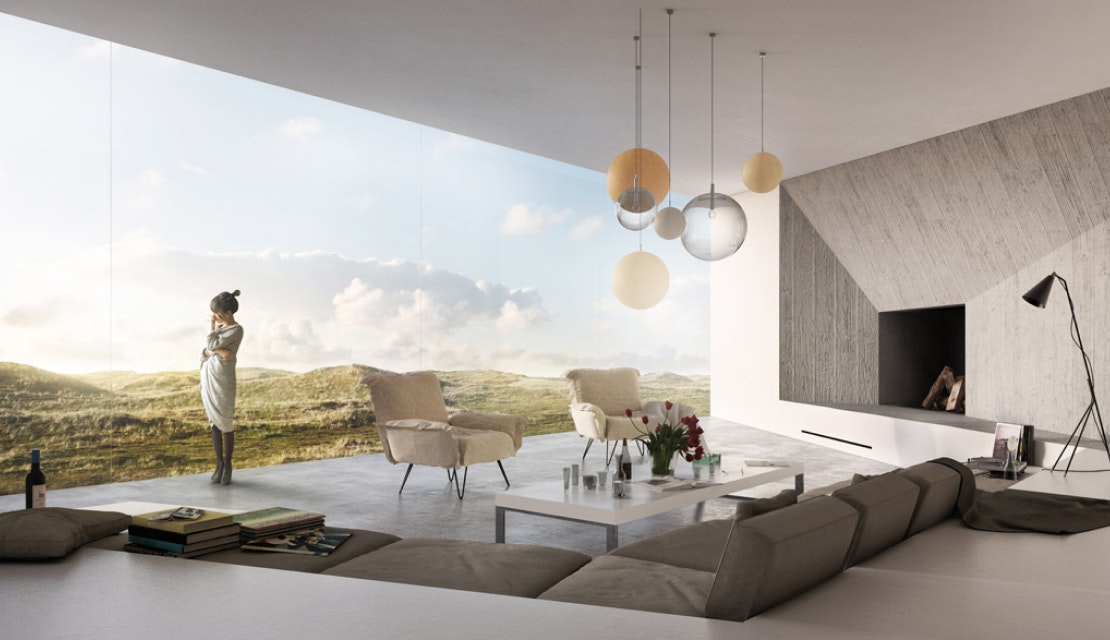 The four points of the compass and daylight also play a major role in the construction. It's not only directly based on them with its cross concept, but also geographically: The aim of the location found in this way is to transport the atmosphere from the movie model into reality and to generate impressions that change depending on the time of day with the help of the incidence of light. Sounds a bit detached? Actually, apart from the look, the Dune House is quite down-to-earth. Because it is not only architecturally, cineastically and wind-technically thought through, but also sustainable: green roof and warm water from an own solar plant together with local natural stone result in an impressive as well as efficient building. The end result? A lot of fresh wind in the architecture scene and a more than exciting cross-over between the film universe and the real world. 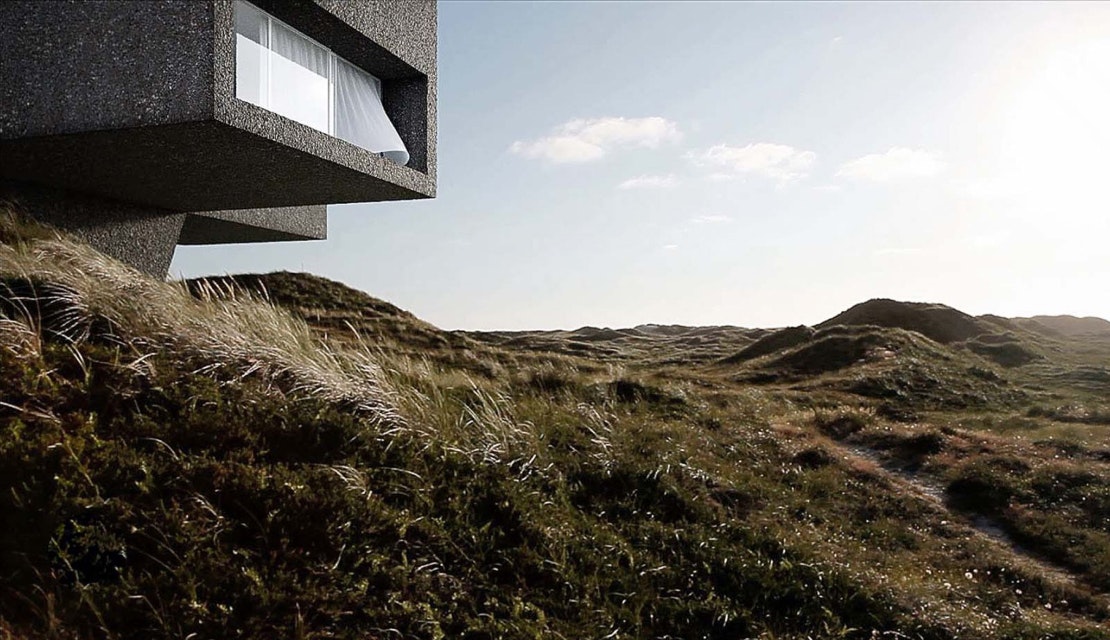