911slateofgrey: »Slate Grey is not just a grey!«

Professionally, he deals with colors. That he drives a grey 911? Only logical, because the slate grey on his 911 GT3 Touring is something special, not only historically but also visually. What this has to do with Hamburg, a gulf blue G-model, Steve McQueen and a lime green Targa, »911SlateOfGrey« tells us in an interview. And of course also what it has to do with his Instagram name.

Many people know you under your Instagram name »911slateofgrey«. Who is the person behind it ?

...actually an entrepreneur and Porsche enthusiast who likes to stay in the background... (laughs) 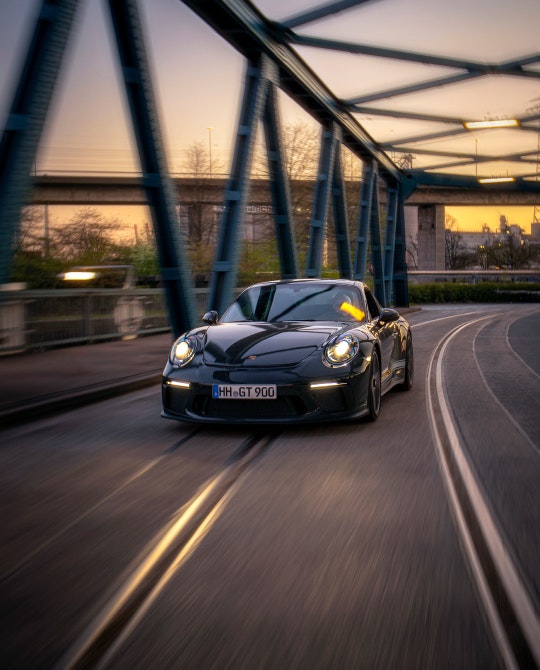 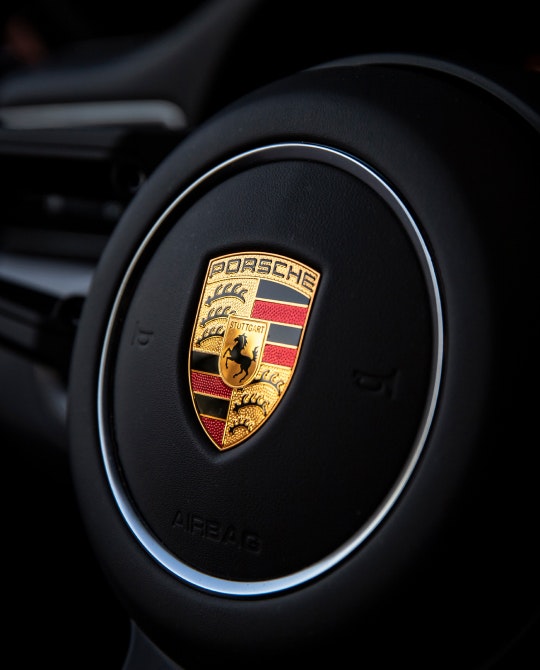 Is there more to the name than the color scheme of your 911? The name reminded us of a recent film that was not quite G-rated ...

It all started with a bet between me and my two sons on a summer holiday: »Dad, you don't know anything about Instagram,« they said. »We'll see,« I said. And then I got a little involved. Suddenly there was a good reach and my boys were amazed! (laughs)

At the beginning there was a somewhat unimaginative name, which I later changed to »911slateofgrey«. The reason behind the name is that slate grey is not just a grey. With different light and shadow effects it has many fine nuances, sometimes it appears greenish, sometimes brownish. Hence the allusion - and above all, everything is absolutely family friendly! (laughs)

Why this color? Is there a particular reason or ?

Yes absolutely! The prototype was this 911R from France in »Slategrey«, which was auctioned in 2017 at Sotheby's Paris. And configuring a 911 GT3 Touring around the legend Steve McQueen simply thrilled me. 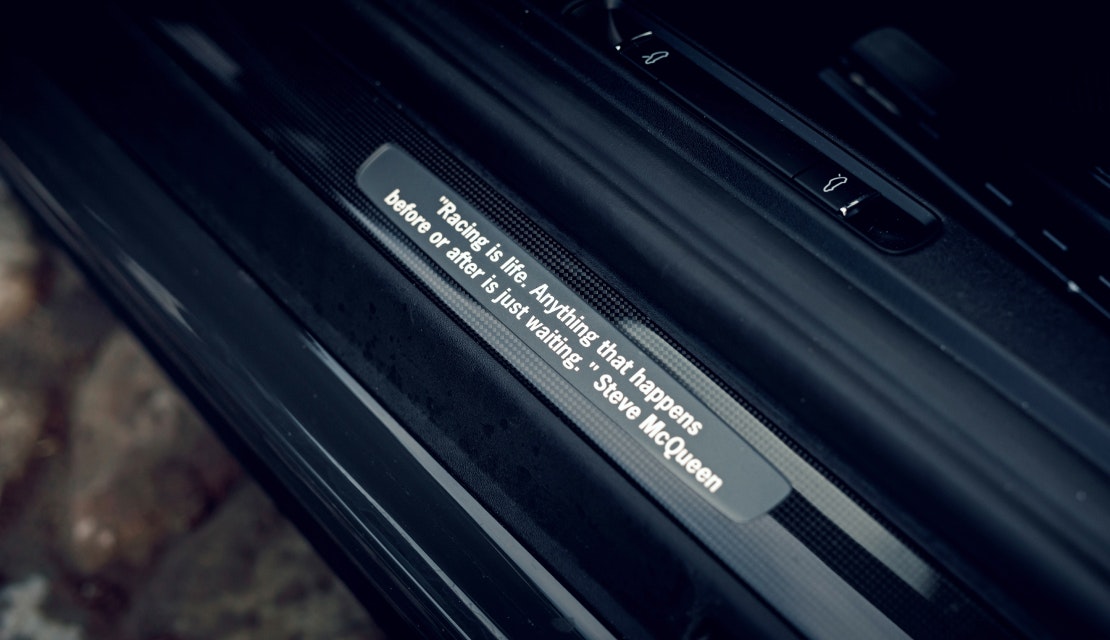 On the doorstep of your 911 we read the quote from Steve McQueen in »Le Mans«: »Racing is life. ...« Is Steve McQueen also one of the reasons for your passion for Porsche? Or are there others?

Steve McQueen as a reason was not so decisive. A fine reference, but nothing more than that, I would say. Rather it was, as probably with many others as well: the passion to fulfill a childhood dream.

Provocatively asked: Why do you let this iconic slogan on your doorstep and then drive a GT3 Touring instead of the even more uncompromising GT3RS?

My driving skills are not enough for a GT3RS. Besides, there would have been stress at home if I had driven into our garage with a huge wing! (laughs) I'm anything but a racing driver, so the slogan for me in this case was simply the uncompromising implementation of this particular 911R as a blueprint. 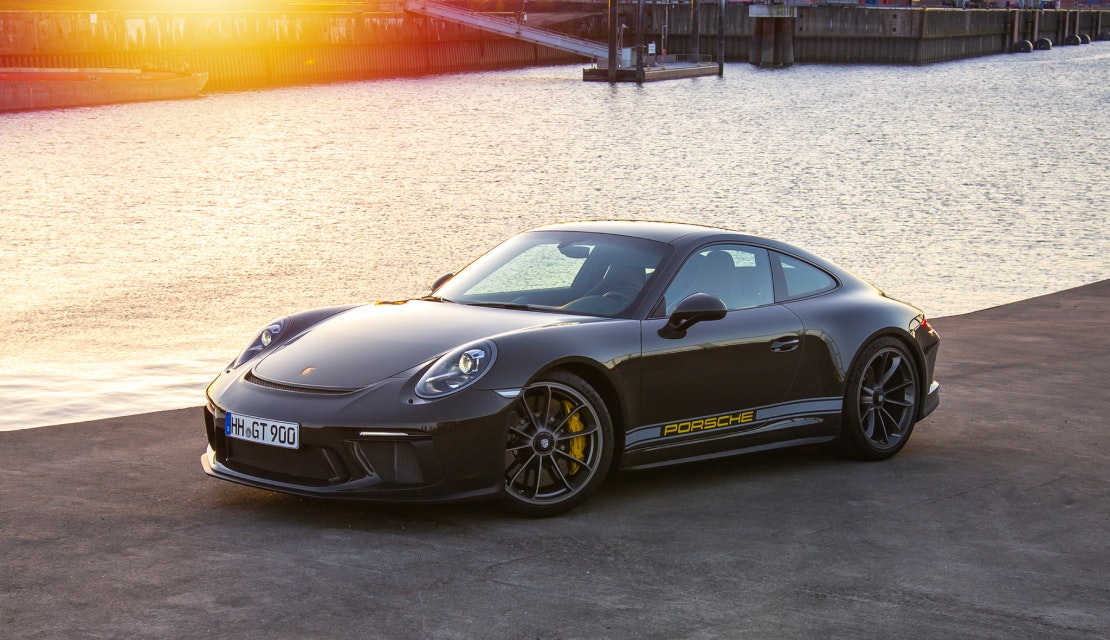 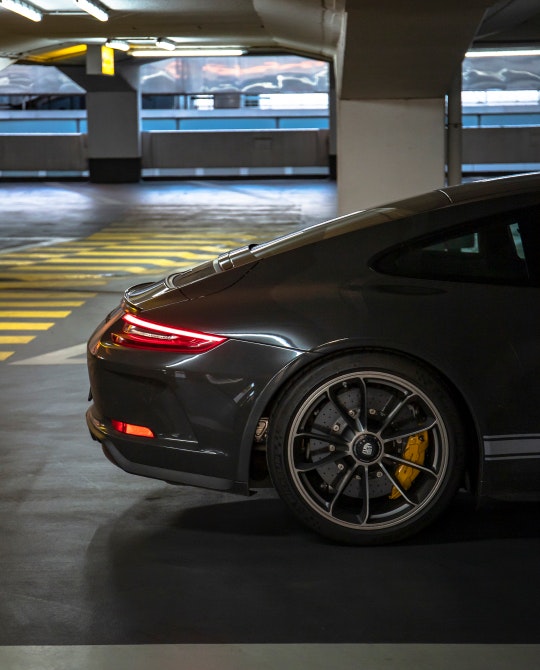 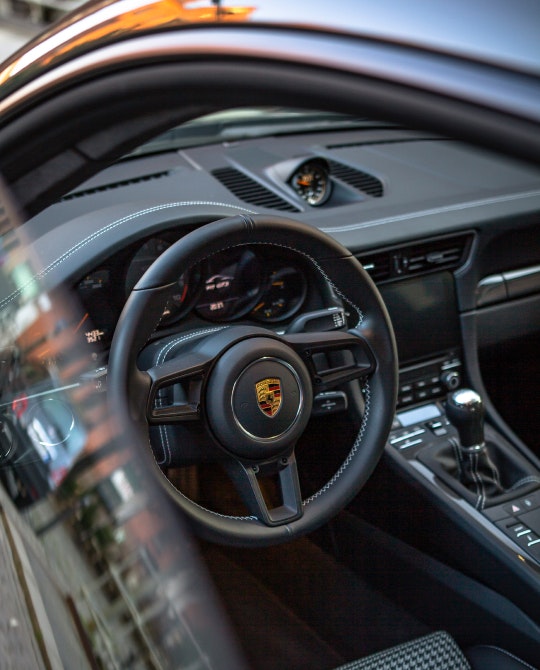 What distinguishes a Porsche from other cars for you? And what makes your Porsche special?

Compared to a Ferrari or Lamborghini, a Porsche is a bit more reserved. I like that. Nevertheless, it is still a very exciting sports car. And for me, the GT3 Touring is the perfect mix of sportiness and understatement. What makes it special? For me, the story about the 911R, which served as a role model. At least personally!

Do you own any other Porsche besides the slate grey GT3 Touring?

Yes, in my feed you can find the lime green Targa. I walked into the Porsche showroom in 2018 and immediately fell in love with this color. Besides, I had just sacrificed my 991.1 Cabrio for the GT3. So I didn't wait long and during the almost one year waiting period for the GT3 I treated myself to the lime green Targa. Recently I also decided to go for another 911. An 87 G-model as backdate to the F-model. A »1972 in Gulf blue«. The project is still very fresh and currently in work at Fineeleven. 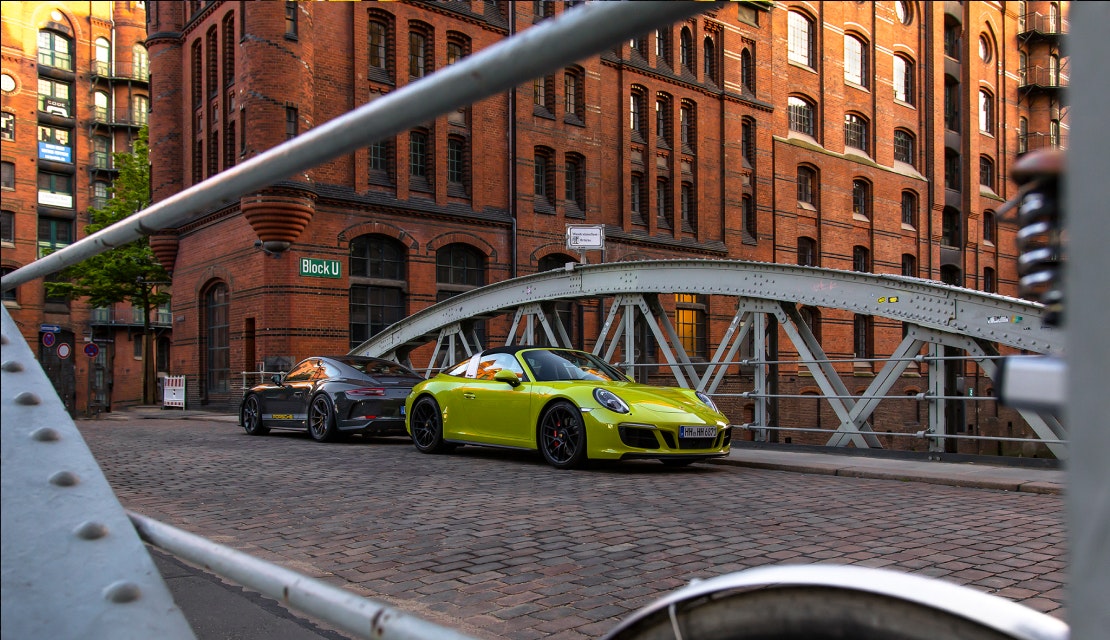 Why are your other two 911s so colorful compared to the GT3 Touring?

I also deal with colors professionally and enjoy classic color elements. Lime green and Gulf blue are of course quite a contrast to slate grey. But all three are solid colors and are related to each other: Gulf blue and lime green both date from 1972 and 1973. Gulf blue in turn refers to the slate grey around the Le Mans theme... you know: the »private« tool of Steve McQueen in the film...

Do you have a favorite among your three Porsches?

The GT3 Touring is already something special. But I also enjoy the colorful Targa every day. Of course I'm also very excited about the finished backdate, which will certainly be something very special! 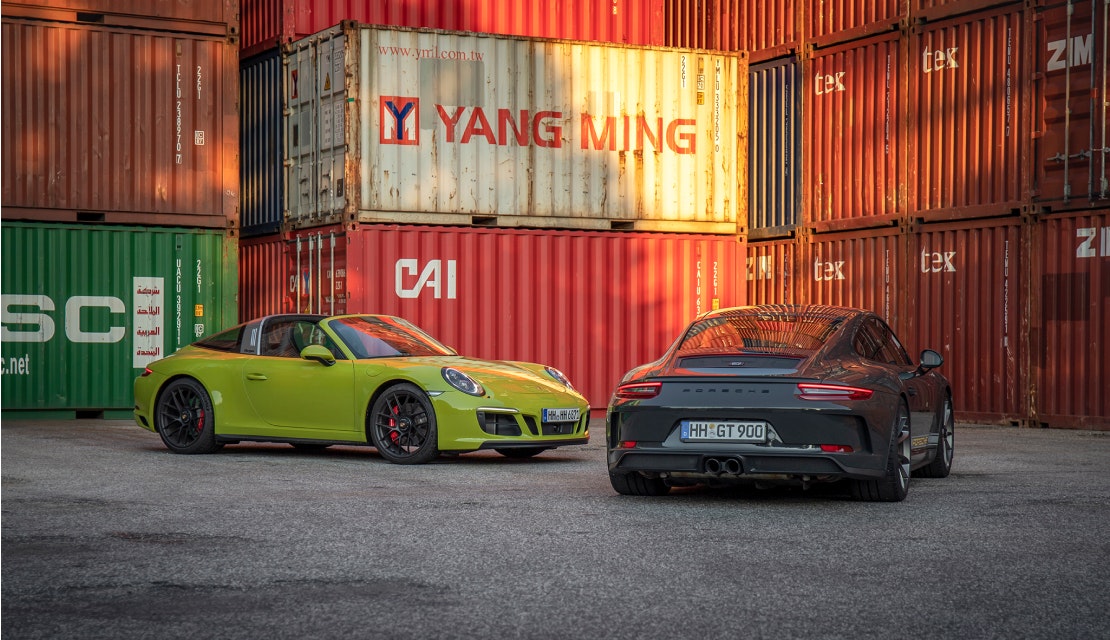 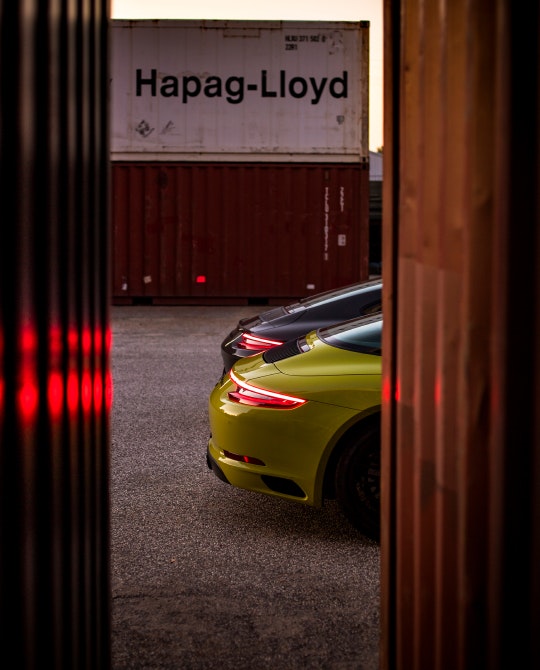 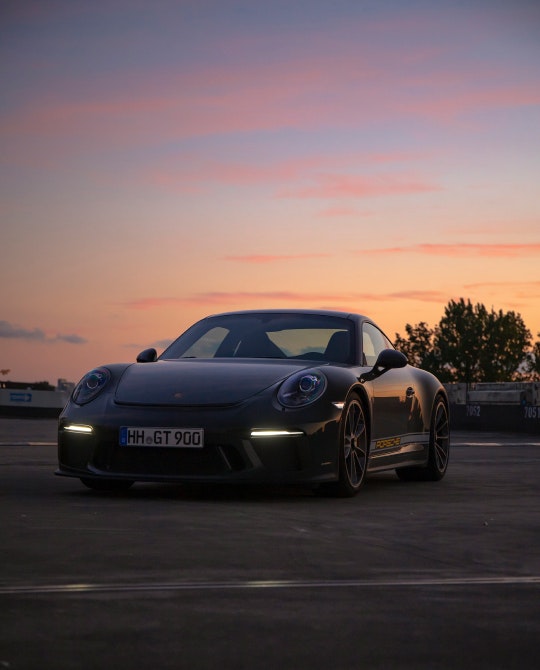 Your favorite Porsche tour in and around Hamburg?

I like everything around the harbor and the Speicherstadt. It's just perfect for cruising.

Finally, tell us: Why is a 911 particularly well suited to Hamburg?

A 911 is simply perfect for the somewhat reserved Hanseatic city. I think for very similar reasons as mentioned above. I would just wish we were a little more colorful. Too many 911s in black and white for my taste. Have courage to show color boys and girls! (laughs) 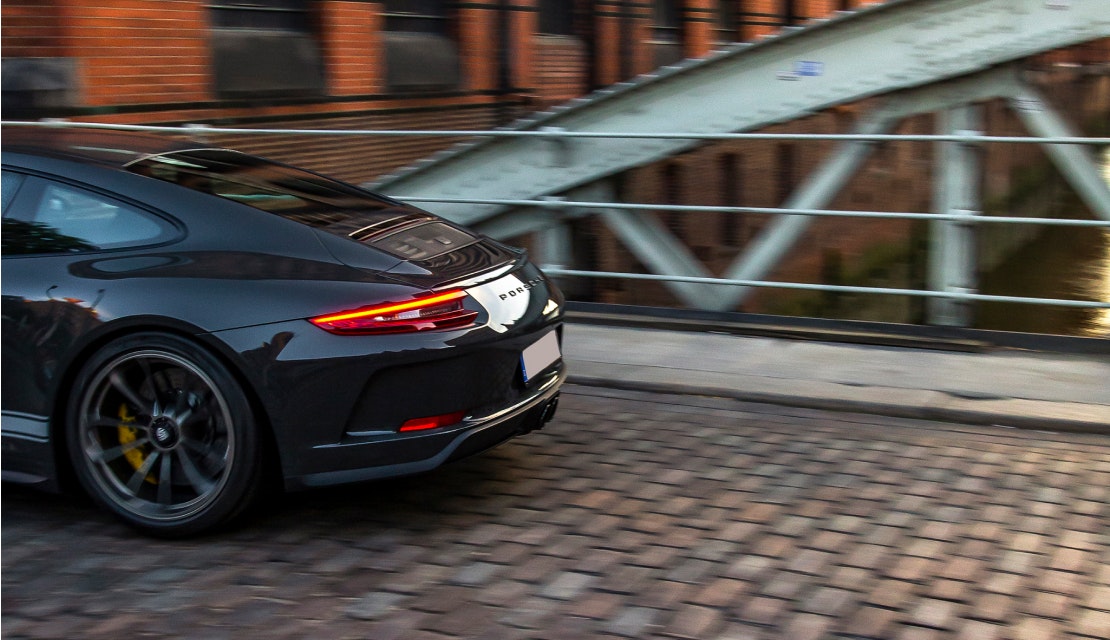