Very few people stay awake throughout a 24-hour race - not even the drivers. One who doesn't sleep a minute is Marcel Langer. For us, the motorsport photographer reviews the 24 Hours of Le Mans once again. In the focus: Porsche.

What does a grown up man, lying infront of a puddle in the city centre of Le Mans? Taking photos, but of a different kind. Marcel Langer calls himself »Motorsport photographer with a different view,« His goal is to create different views, he says. Apart from lying around, some pictures require even more of a different approach: for example, to stay awake for the entire 24 hours at the 24-hour race in Le Mans. It was worth it. He shows us his best pictures from the long distance classic. In the focus: The 911, of course. 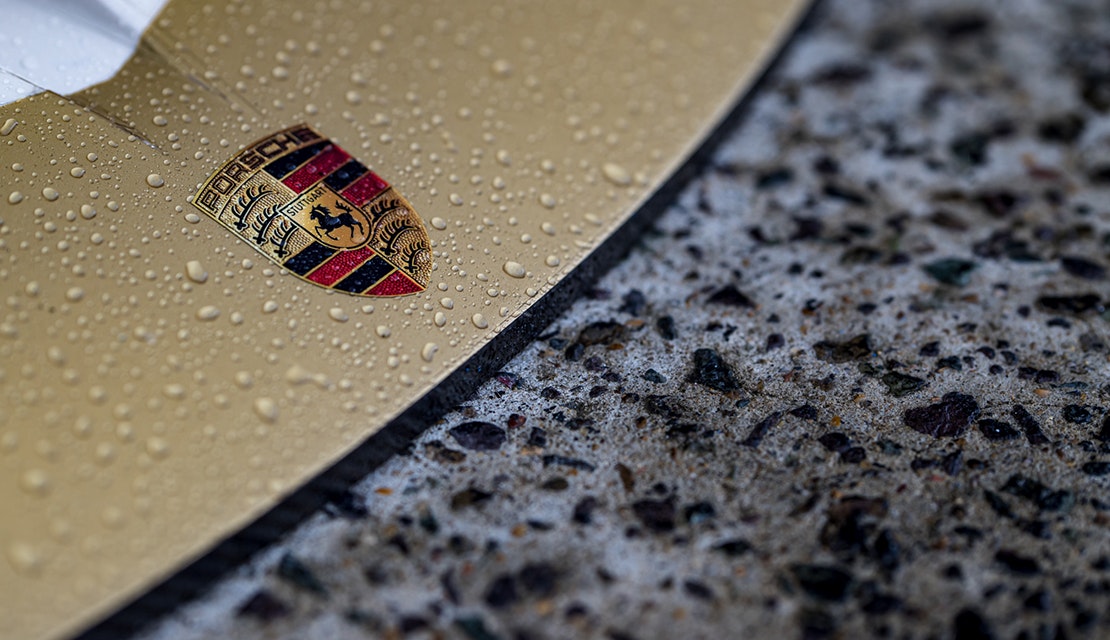 »That was on Tuesday before the race, shortly after the shooting for the Porsche team. The weather conditions were nice at the beginning: cloudy, but warm. It wasn't supposed to rain. Towards the end of the shooting it started to rain contrary to the forecast - more and more until it really came down. You were soaking wet in two minutes. That was really gross, but also grossly beautiful in retrospect.« 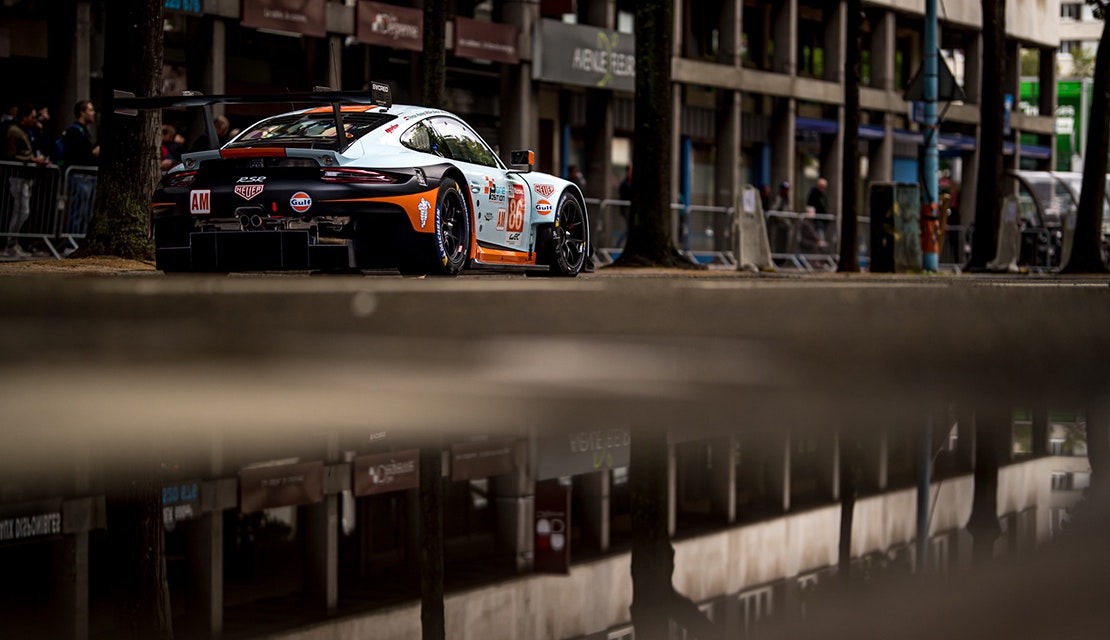 »For this picture of Scrutineering, I really had to wait: Again and again someone stood in the picture or ran into the puddle. In the end, I waited 15 or 17 minutes to have as free a picture as possible without people. Sometimes you just have to be patient when you have certain images in your head. As I saw the 911 and the puddle, I knew: That fits really well.« 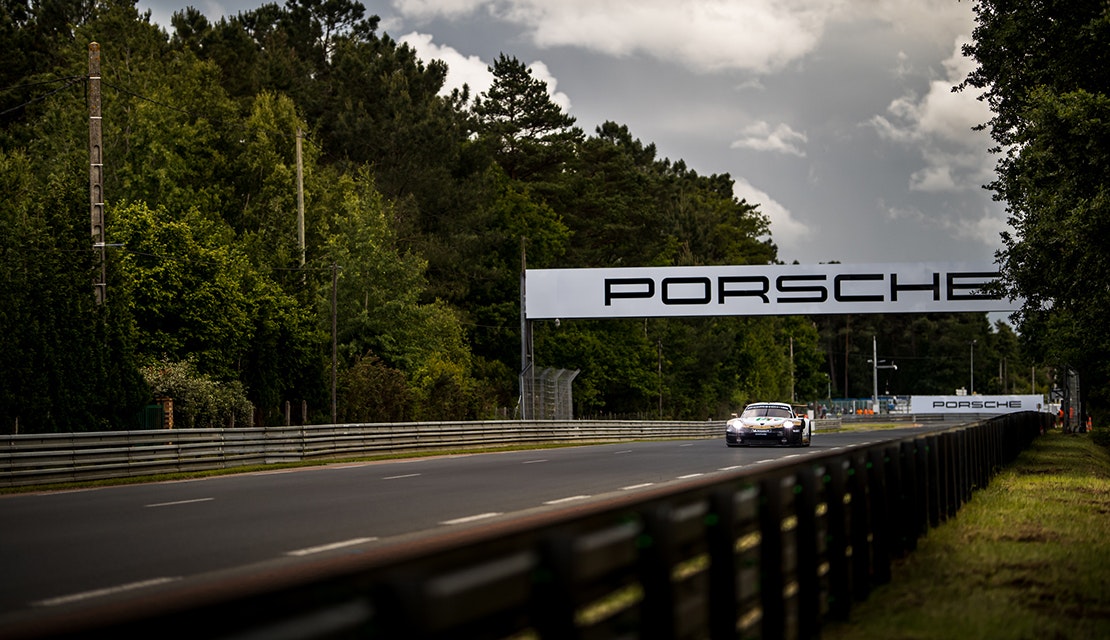 »I've always wanted to take this picture: I call it ›Porsche-Frame‹ myself. The 911 is perfectly framed by the Porsche advertising banner - it simply belongs together and fits perfectly, I think.« 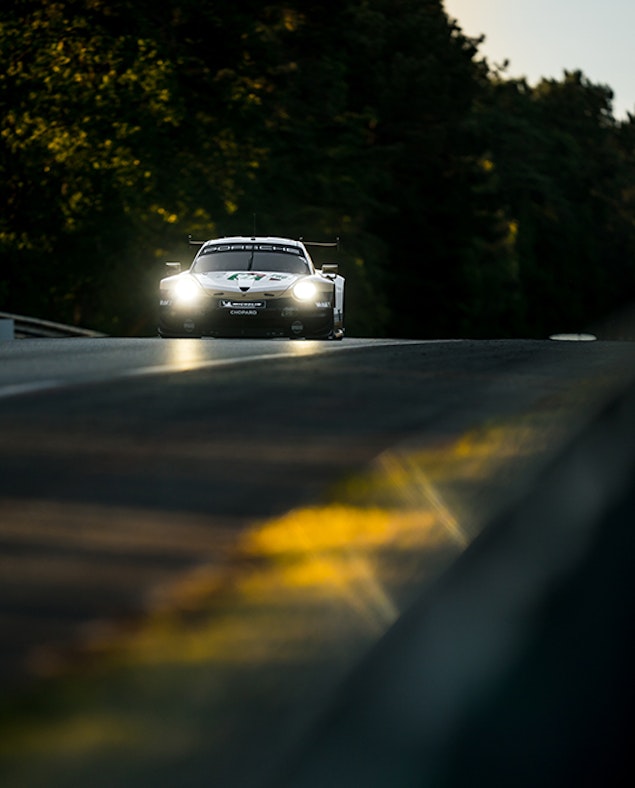 »Low sun at Mulsanne on the second day of training: a 911 at one of the fastest spots on the course, just before braking. At the roundabout turn right here, the cars arrive here with almost 300 kilometers per hour. It's not so easy to get them focused with an open aperture. Highest respect to the people who made sharp pictures with film and without auto focus!« 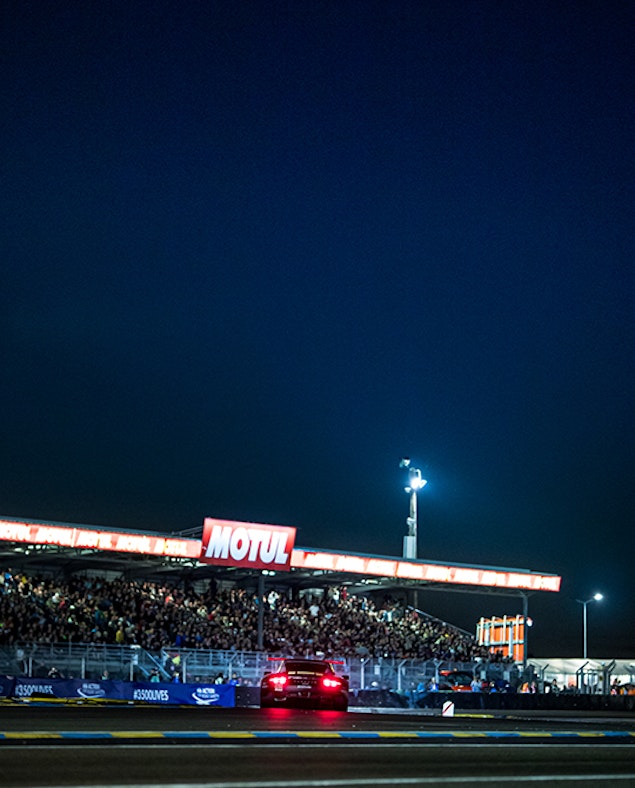 »I love this picture so much. A Porsche at night in the Ford chicane. In the background you can see the grandstands, colors and headlights from all sides - and the car is almost perfectly illuminated. It's really great to take pictures there, because you can more or less lie down on the ground and take different perspectives than usual. This makes the picture much more dynamic.« 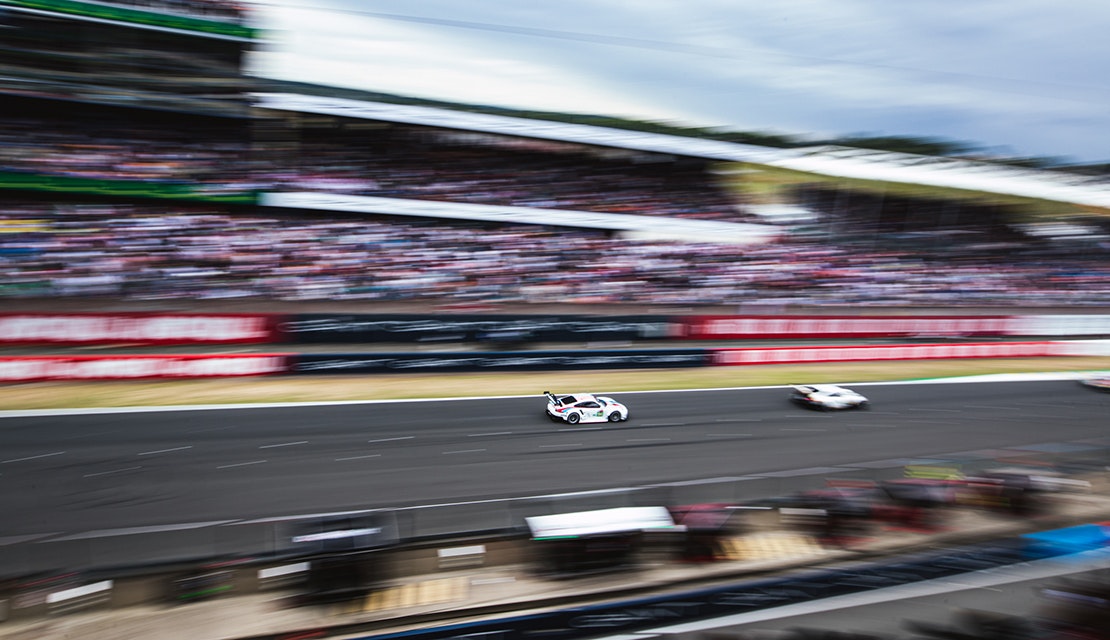 »Saturday, the second lap of the race: I was in the stands because I wanted different start pictures than usual. You don't often see people pulling in front of the stands, but I personally like it very much. The focus here is on the 911 RSR from the ›American‹ Porsche team in the Brumos paintwork. One of the first pictures of the race ever. I absolutely love the end result.« 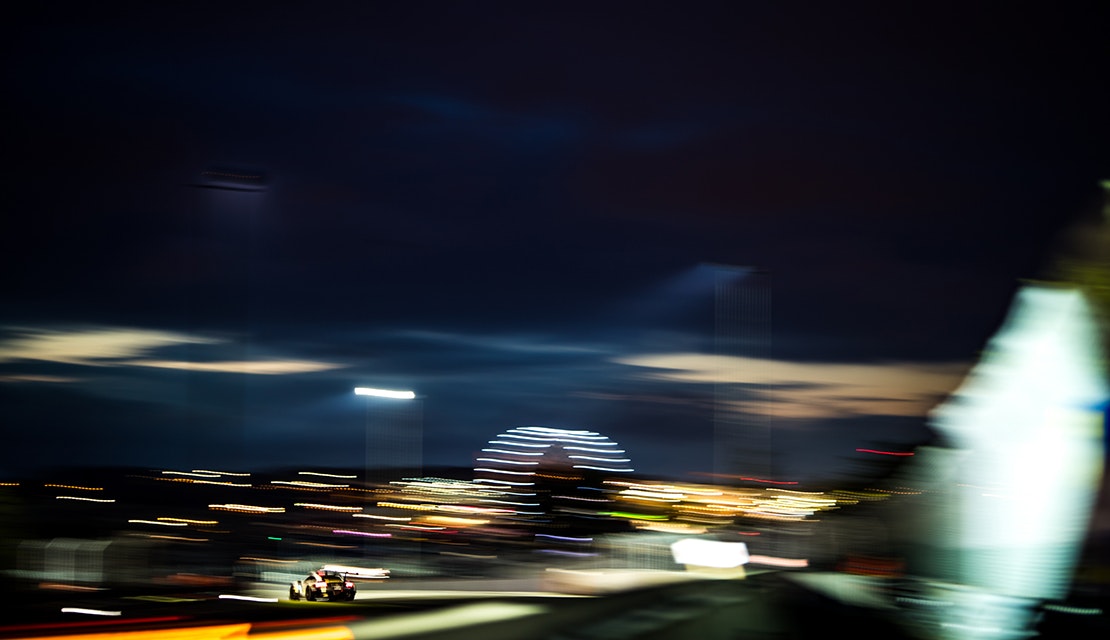 »That was a real test of patience on Saturday evening, because the cars are not only driving away from me, but also into a curve that cannot be seen. Also: At first they didn't want to let me go to that spot, although it's actually allowed. So I missed the sunset, which effectively lasted only 30 seconds. But it was worth it: Hardly anyone will do that pan with the Ferris wheel.« 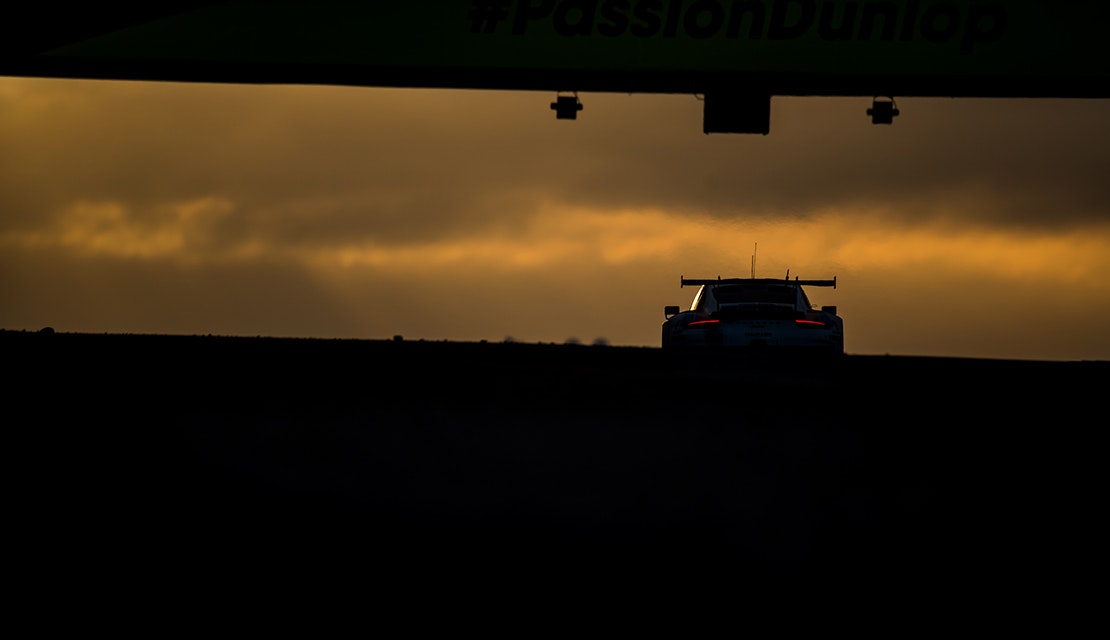 »Because the sunset on Saturday evening was rather modest, I really wanted to take the sunrise with me. Others had the idea with the Dunlop arch in the morning light as well, in the end we were about 50 photographers. At first it was totally cloudy, but suddenly it cleared up within two minutes. Many had already given up and were gone - when the light came, they all ran back again. The most helpful thing in such a situation is simply: stay and hope for the best!«