24 Hours Nürburgring: Back to the Track

Because of Corona, no fewer than nine Porsche works drivers are unwell for the 24-hour race on the Nürburgring. But replacements are quickly found. Among them are Le Mans winners Earl Bamber and Timo Bernhard. Good for those who can fall back on such a top-class driver pool.

Rain, less than ten degrees Celsius, and a particularly long night due to the late date in the year: Looking at the weather forecast for this weekend (25 to 27 September), one or the other racing fan may take comfort in the fact that they are not allowed to camp around the Nürburgring. Although I have to admit, the numerous hardcore racers who will be appearing here will not be deterred even by the worst weather conditions. Experience has taught us that around 200,000 friends of the 24-hour race at the Nürburgring travel to the event every year to watch more than 600 drivers at work.

Unfortunately, the ADAC Nordrhein as the organizer had to declare campsites around the Nordschleife a restricted area at the 50th anniversary of this long-distance classic. Only on the grandstands of the Grand Prix circuit, some fans are allowed to take a seat. At least something. Corona also has other consequences. Many participants from abroad do not come because of various travel restrictions, while economic reasons may have kept other teams from the Eifeltrip. Thus the field has shrunk considerably, instead of 160 starters last year, only 97 vehicles are registered. 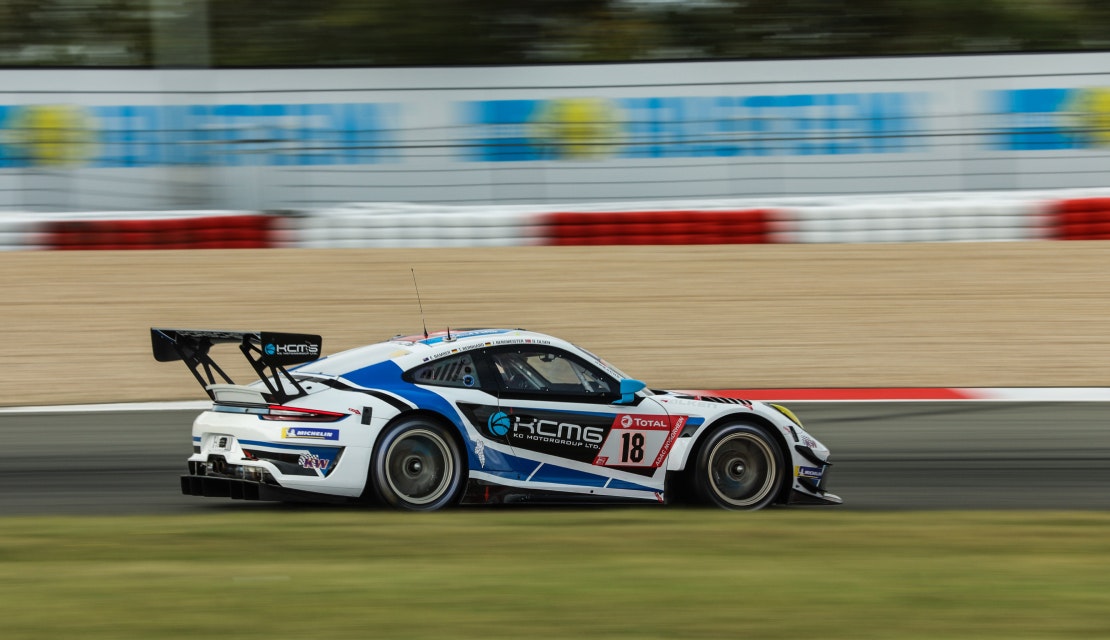 This hardly affects the top of the field. In the top class, two dozen teams dream of victory. Among them are seven Porsche 911 GT3 R. As far as their drivers are concerned, however, the last few days have been extremely turbulent. This was triggered by three positive Covid19 routine tests by Porsche employees at the Le Mans 24 Hours. Porsche Motorsport then decided that for safety reasons no participant in the French endurance classic would travel to the Eifel. Among them are nine seasoned professionals who had to be replaced within a few days. Other members of Porsche Motorsport and the close partner Manthey Racing also had to be replaced.

Given this gap in the personnel tableau, the engines of many cars would probably not have been started in the first place. Not so with Porsche. Only the vehicle from Manthey Racing remains in the workshop in Meuspath, which is close to the Nürburgring. The replacements have illustrious names, above all Earl Bamber and Timo Bernhard. Bamber, both Le Mans winner and endurance world champion in 2015 and 2017 with the Porsche 919 Hybrid, should have driven in the American ISMA Series this weekend. However, because of the positive COVID 19 tests in Le Mans, this commitment by Porsche Motorsport falls flat. In contrast to the New Zealander, Timo Bernhard - Le Mans winner in 2017 with Bamber and two-time endurance world champion - has plenty of Nordschleife experience. He has won this race five times, most recently in 2011 and 2018. In addition, the Porsche brand ambassador drove the by far fastest lap ever on the Nordschleife in the Porsche 919 Hybrid Evo, back in June 2018: A time of 5:19.546 minutes means an almost unbelievable lap average of 234.69 km/h on the winding uphill and downhill track. In 2020, Bernhard wanted to focus primarily on his Porsche team in the ADAC GT Masters. But his helmet isn’t going to collect dust after all... Now Bamber and Bernhard share a 911 GT 3 R with Jörg Bergmeister and Dennis Olsen. After the first qualifying session, the quartet forms the spearhead of all the Porsche cars at the Nürburgring. 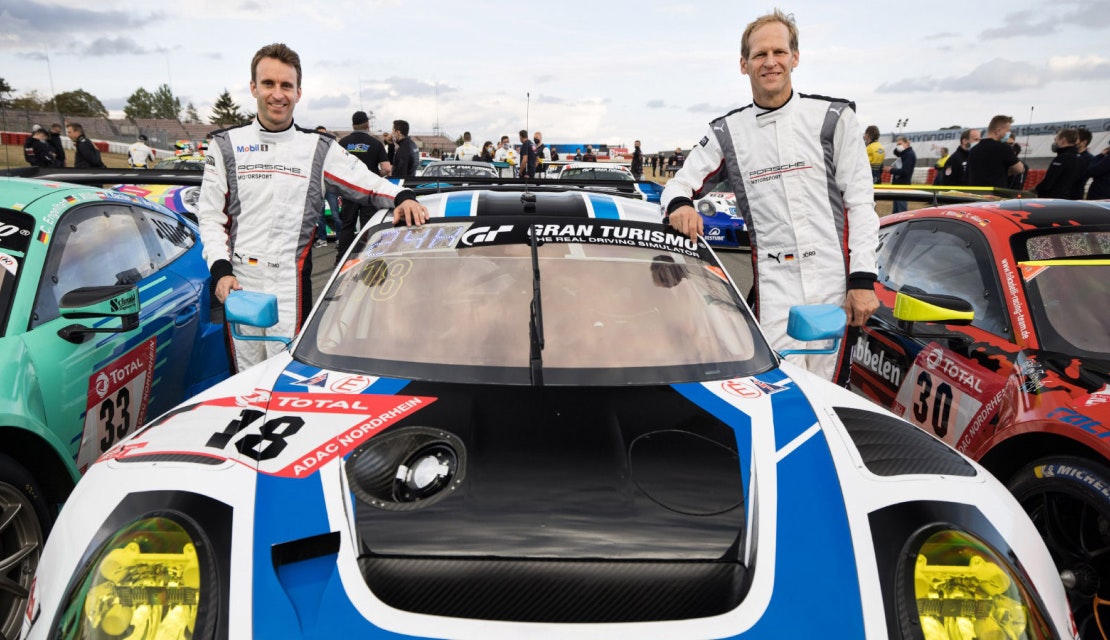 Pascal Zurlinden, Porsche's overall project manager for works motorsport, sets the goal: "Our customer teams want to fight for the 13th overall victory for Porsche." By the way: The winner of the very first edition of the 1970 24-hour race at the Nürburgring is Hans-Joachim Stuck. The future Formula 1 driver - and as a member of the Porsche works team also Le Mans winner and endurance world champion - celebrated his first international success 50 years ago together with Clemens Schickentanz in a BMW 2002 ti. The first of twelve overall Porsche victories to date dates back to 2006.

A tip for those at home: The 24-hour race at the Nürburgring begins on September 26 at 15:30. The free-TV channel RTL Nitro will broadcast the top qualifying (September 25, from 6:15 p.m.) and the entire race live. The website www.24h-Rennen.de shows the classic in the Eifel region as well as numerous motorsport portals in a free live stream. 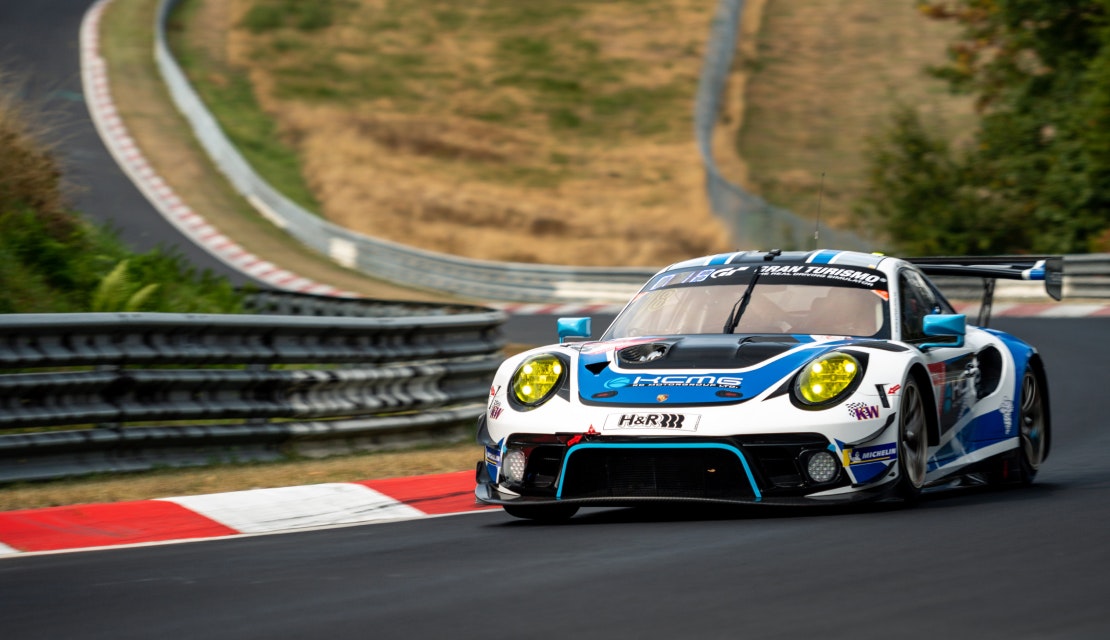