24 h before Le Mans: a conversation with Jörg Bergmeister

Will Jörg Bergmeister be world champion in Le Mans tomorrow? The Langenfeld native could not answer this question despite his best title chances in the GTE-AM class. At least not yet. It's no big deal either. After all, we had a few other questions for Bergmeister, who is competing for the customer team Project 1 in the Porsche 911 RSR Art-Car.

The great Graham Hill once said: The road is my canvas, the car my brush. Mr. Bergmeister, is racing an art?

Basically, I think it's more like a quote from Ernest Hemingway. » There are only three sports: bullfighting, motor racing, and mountaineering; all the rest merely games.« But for me, a common feature between motor sport and art is the pronounced attention to detail. However, I would not describe the process of driving as particularly creative, but rather as intuitive.

And what do they say about the 911 RSR Art Car they'll be piloting at Le Mans?

I met Richard Phillios about 9 years ago at a race in Lime Rock (USA). Afterwards I was in his New York studio and have been a fan of his work ever since. In 2013 Richard designed my helmet for the 24h of Le Mans. Shortly afterwards the idea for an Art Car was born. I am very happy that the project has now been realized with the help of Porsche Digital and Second Skin. I find the result absolutely spectacular and am very happy to drive such an extraordinary car at the 24h of Le Mans.

Your 911 RSR also joins a large, colorful gallery of ancestors: Sau, Hippie, Rothmans- or the Salzburg-Design. Which Porsche paintwork is your personal favorite? And why?

Beside the Art Cars I was allowed to drive myself, the Jägermeister Design is my favorite, because my father also raced in Jägermeister colors, they are nice childhood memories.

Do drivers actually deal differently with such artistically designed cars?

Since I concentrate a lot while driving, it's fortunately not difficult to ignore that you're traveling in a special car. 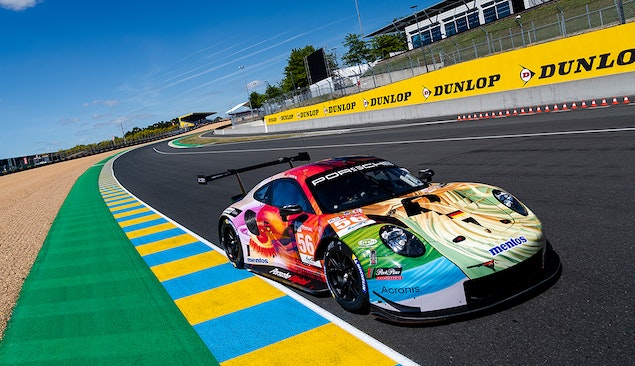 If things don't go wrong in France, you can win the world championship title in the GTE-AM there with Project1-Art-Car and your team-mates. Would that be your masterpiece?

Yes, it would be nice to win the masters. But you can't plan a race like Le Mans. We will do our best and hopefully have the necessary luck.

Which car do you drive privately? Something quite pragmatic or rather extravagant and dynamic?

If you were allowed to drive only one car for the rest of your life, what would that be? And why?

My dream car would be a 911 turbo with the sound of a Carrera GT. For me, the 911 turbo is the perfect combination of sportiness and dynamics, as well as comfort.

Mr Bergmeister, what makes the 911 still fascinating after 60 years?

For me, the fascination lies in the fact that, despite the constant development in all areas, the 911 has never lost its character. The 911 has always set standards in terms of both appearance and driving dynamics. I am sure this will continue to be the case. 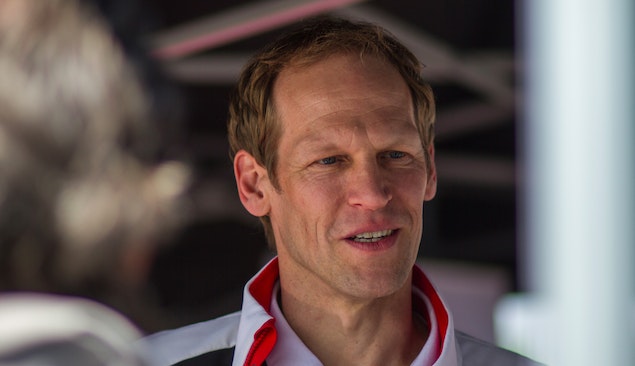